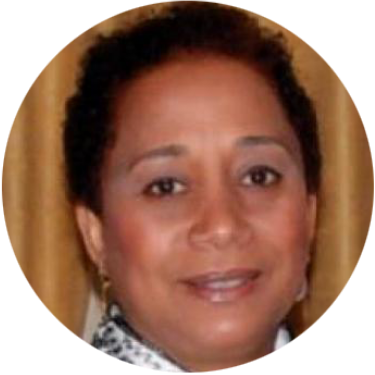 Associate Professor Polly E. Bugros McLean’s pedagogical and research interests include Intersectionality, cultural and critical theory, issues of racialized representations, Africana women’s history and globalization as it pertains to Southern Africa. She has been a visiting professor at the University of Zambia, Howard University, as well as a Fulbright Scholar at the University of Namibia where she helped establish the BA degree in media studies. She has also served as the chair of Women and Gender Studies and the Faculty Associate to the Chancellor.

She has conducted research and workshops for UNESCO and USAID in sub-Saharan Africa. In partnership with the government of Swaziland, McLean was responsible for the first HIV/AIDS radio campaign, and in Lesotho, working with rural teachers to upgrade their skills in using radio in the classroom.

Her work has appeared in the International Journal of Communication, Popular Music and Society, Journal of Adolescent Research, Encyclopedia of Journalism and the Encyclopedia of Popular Music of the World. She is the recipient of numerous awards and honors including the 2014 Graduate Teacher Program the Best Should Teach Gold Award, the 2009 Edward R. Murrow Award for teaching excellence, and the 2007 Robert L. Stearns Award. Her recent book explores the life of Lucile Berkeley Buchanan born to emancipated slaves from Oatlands and Evergreen plantations: Remembering Lucile: A Virginia Family’s Rise from Slavery from Slavery and a Legacy Forged a Mile High, 2018.