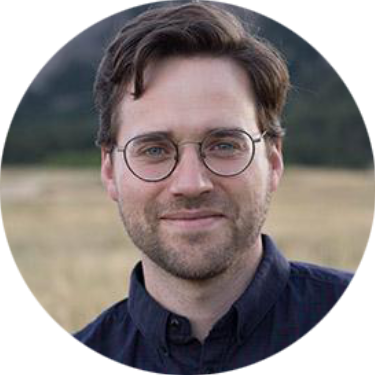 Assistant Professor Nathan Schneider studies religion, technology and democracy. His current project is an exploration of models for democratic ownership and governance for online platforms and protocols. He is founder of the Media Economies Design Lab.

He is the author of Everything for Everyone: The Radical Tradition that Is Shaping the Next Economy, published by Nation Books, and two previous books, God in Proof: The Story of a Search from the Ancients to the Internet and Thank You, Anarchy: Notes from the Occupy Apocalypse, both published by University of California Press. His articles have appeared in publications including Harper’s, The Nation, The New Republic, The Chronicle of Higher Education, The New York Times, The New Yorker, and others, along with regular columns for America, a national Catholic weekly. He has lectured at universities including Columbia, Fordham, Harvard, MIT, NYU, the University of Bologna, and Yale. In 2015, he co-organized “Platform Cooperativism,” a pioneering conference on democratic online platforms at The New School, and co-edited the subsequent book, Ours to Hack and to Own: The Rise of Platform Cooperativism, a New Vision for the Future of Work and a Fairer Internet.

Slow but Sure: Cooperatives and Integral Ecology

From Scalability to Subsidiarity in Addressing Online Harm

Enabling Community-Owned Platforms: A Proposal for a Tech New Deal

Effective voice: Beyond exit and affect in online communities

No Revolution without Religion

The Tyranny of openness: what happened to peer production?

Admins, mods, and benevolent dictators for life: The implicit feudalism of online communities

Exit to Community: A Community Primer

Digital Kelsoism: Employee Stock Ownership as a Pattern for the Online Economy

An Internet of Ownership: Democratic Design for the Online Economy

'Truly, Much Can Be Done!': Cooperative Economics from the Book of Acts to Pope Francis

Cooperative Enterprise as an Antimonopoly Strategy

A Wantless, Workless World: How the Origins of the University Can Inform Its Future