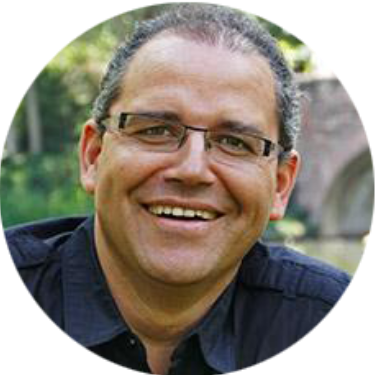 Nabil Echchaibi is associate professor of media studies and director of the Center for Media, Religion and Culture at the University of Colorado Boulder. His research and teaching focus on media, religion, and the politics and poetics of Muslim visibility. He is the author of Voicing Diasporas: Ethnic Radio in Paris and Berlin Between Culture and Renewal and the co-editor of International Blogging: Identity, Politics and Networked Publics (Peter Lang); Media and Religion: The Global View (De Gruyter); and The Thirdspaces of Digital Religion (Routledge).

His scholarly work has appeared in various journals and in many book volumes. His opinion columns have been published in The Guardian, Forbes, Al-Jazeera, Salon, LatinoRebel and Religion Dispatches and in publications in France and Morocco.

Echchaibi is currently writing his book, Unmosquing Islam, Media and Fugitive Muslimness, which calls into view the blackmail of a regime of transparency that governs the visibility of Muslims and reclaims the lived experience of Muslimness by insisting on its fugitivity and instability away from an imaginary of enmity and fixed ontology.

He teaches courses on media and globalization; sports and media; critical theory, communication, and media; decoloniality and media studies; and race, diaspora and media.

He is the co-editor of the journal Cultural Studies.

Echchaibi previously taught at the University of Louisville, Indiana University-Bloomington, and Franklin College in Switzerland, where he helped set up the international communication department. He served as founding department chair of Media Studies until the fall of 2020.

He holds a BA in English from Mohammed V University in Rabat, Morocco, an MA in Journalism and a PhD in Media Studies from Indiana University Bloomington.

Muslims Between the Blackmail of Transparency and the Right to Opacity

In praise of Arab 'Defeat': another reading of Arab struggle

What Are We Fighting For? Academia or the Humility of Knowledge

Unveiling Obsessions: Muslims and the Trap of Representation

Coffee shop Islam: Salafyo Costa and the promise of a unified Egypt

Disruptive Visibilities Awakening Records and the Marketing of Islamic Media

The Oxford handbook of religion and the American news media

American Muslims and the Media

Voicing Diasporas: Ethnic Radio in Paris and Berlin Between Cultural Renewal and Retention

From audio tapes to video blogs: the delocalisation of authority in Islam

Hyper-Islamism? Mediating Islam from the halal website to the Islamic talk show