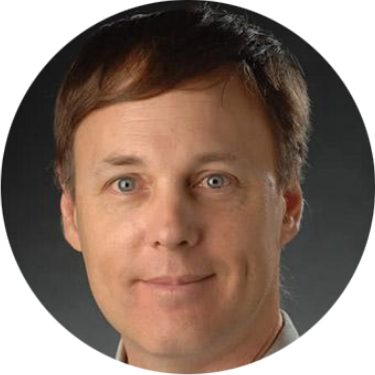 Senior Instructor Paul Daugherty joined the faculty in the fall of 2005 to teach television broadcast production classes. Before coming to the college, he was an Emmy-winning producer/director at Rocky Mountain PBS from 1995 to 2002.

Daugherty has produced, photographed, edited or directed numerous documentaries and public affairs shows, including Urban Ark—The Story of the Denver Zoo, Covering Columbine, and Space Class, an educational online series sponsored by the Space Foundation and supported by NASA. His independent documentary work includes Zoo Keeper Journal, shot in Kenya, Australia and New Zealand, and Jump Steak, a show that covers the issues and concerns behind the human consumption of kangaroos.

At CU, Daugherty is the faculty advisor for the Emmy-winning science video series CU Science Update. He's the recipient of several teaching awards, receiving twice the Pyle Teaching Award. Among the classes he teaches are Principles of Broadcast Production; NewsTeam, where students produce a live newscast; Fundamentals of Reporting; and The Art of Visual Storytelling, where he helps students get started with Adobe After Effects.

Daugherty served 10 years on the Board of Governors for the National Academy of Television Arts and Sciences Heartland Chapter and still regularly judges Emmy submissions from other chapters in the U.S.  He earned a master’s degree from the School of Journalism and Mass Communication at CU Boulder in broadcast news and management. He is also an Adobe-certified associate for digital work in Premiere Pro and a certified drone pilot for CU Boulder.