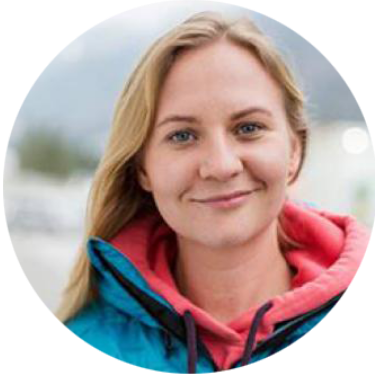 Marina Dmukhovskaya is a sports writer and communications expert with two Olympics under her belt. She started her career in sports as a media manager for the Russian Skating Union. After working at the Sochi Olympics as an Olympic News Service reporter, she took up a position as a writer for the International Paralympics Committee (IPC), unveiling the stories of Olympic and Paralympic stars. She continued her career path at the International Biathlon Union (IBU) in Salzburg, Austria, where she was the Editor-in-Chief of the Biathlonworld magazine and Head of Media at the Olympics in Pyeongchang.

In summer 2019, she crossed the longest railroad in the world, the Transsiberian, from Moscow to Vladivostok to get a different perspective on storytelling outside sports. The journey turned into a trilingual project and podcast (www.mesto47.org) about the lives of people in the Russian Federation.

She graduated with an MA from Indiana University, Bloomington. She taught sports communication at the Moscow University of International Relations (MGIMO) and is currently completing her PhD thesis on gender portrayal in sports and at the Olympic Games in Asia at the Universitat Autònoma de Barcelona.