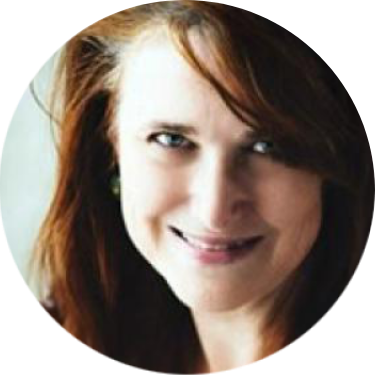 Associate Professor Kathleen M. Ryan is a documentary filmmaker with more than 20 years of experience in network and local news.

Her research and creative work focus on transformations in storytelling due to shifting media technologies. Specifically, she explores the intersection of theory and praxis within evolving media forms such as the interactive documentary (i-doc). Her hybrid projects deal with issues of gender, self-identity, oral history, visuality, and user/participant agency.

Ryan has been recognized for excellence in both her professional and academic work, receiving grants from the National Endowment for the Humanities, the National Association of Broadcasters PILOT Program, and the Ohio Humanities Council. Her book Pin Up! The Subculture (Peter Lang, 2020) was named as the 2021 Diane S. Hope Book of the Year award from the National Communication Association's Visual Communication Division. She‘s received awards of merit for her feature films and i-docs from Broadcast Education Association and Popular Culture Association, has received best documentary awards at several film festivals, and was a New England Emmy nominee for her news production. She is co-editor of the series Lexington Studies in Communication and Storytelling and editor of three books on the role television plays in our understanding of the world. Her current project is an oral history of women landscape photographers.
She teaches classes on visual communication, documentary, media history and news production. Ryan holds a PhD in communication and society from the University of Oregon, an MA in broadcast journalism from the University of Southern California, and a BA in political science from the University of California, Santa Barbara.

Pin Up! The Interactive Documentary

‘That’s Not You.’ Reclaiming the ‘Real’ in Rosie the Riveter Re-appropriations

Pin Up! the Subculture Negotiating Agency, Representation and Sexuality with Vintage Style

The Myth of the American Landscape: Photography and the Semiotics of Nature

The Interactive Mutation: Storytelling in the Age of Mixed Reality

The Machine, the Garden, and the Wilderness: Historical Images of Redemption in America

Rebirthing Environmental Religion: Photography, the Landscape, and the Construction of Nature.

Friends, Lovers, Co-Workers, and Community Everything I Know about Relationships I Learned from Television

All I Want for Christmas is You: ’Tis the Season for Holiday Romance

The Heretical Archive: Digital Memory at the End of Film by Domietta Torlasco

Beyond Thick Dialogue: Oral History and the “Thickening” of Multimedia Storytelling

Video journalism: Beyond the one man band

How Television Shapes Our Worldview: Media Representations of Social Trends and Change