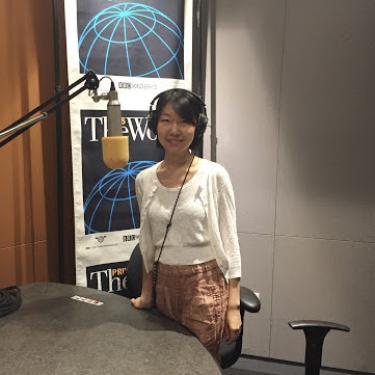 Wen Lei was born and raised in a densely populated and delightful city in the central region of China, where she started out writing blog entries and sending them to local publications. While studying communications at college in China, she took classes in journalism and became interested in exploring people’s real-life stories.

Leaving her home country in 2014, she started to explore her own journalistic voice by studying communications at University of Rhode Island and journalism at Northeastern University. During and after her study, Wen worked as a production assistant and staff writer at a public radio station in Boston, some nonprofit organizations and a tea company in Japan. Her work appeared on PRI’s The World, GBH and Innovation Hub.

Outside of academia, she enjoys ice skating, rock climbing, hiking, playing piano and having a cup of tea at sunset.