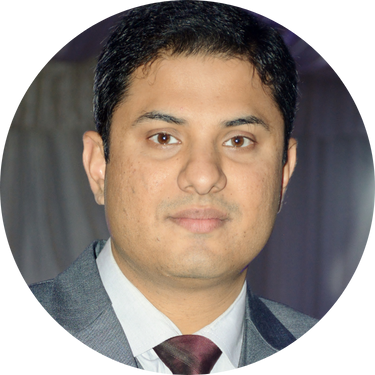 In addition to his regular schooling, he received diplomas in basic public affairs and public affairs qualifications from the Defense Information School at Fort Meade, Maryland, as well as his American language diploma from the Defense Language Institute at Lackland Air Force Base, Texas. He has also completed a media production course in Bahrain and international public affairs officer training in Germany. While in Pakistan, he attended courses in geographical information systems and advanced still and videography.

Since entering the media industry, he has taken a particular interest in media and communication studies. He started contributing to major newspapers on a wide range of topics, including domestic affairs, media-military ties during the WOT, current affairs and public policy. At the university, he focused on media theories, the media-military relationship, and took elective courses in media law and ethics.

As a PhD student, Ali is interested in combining his interests in organizational communication, mobile / citizen journalism, new media, and crisis / political communication. His most recent study on poverty alleviation and human development was a comparative analysis of the Facebook sites for Pakistan's top three political parties during the 2018 election campaign.

In his non-academic life, he enjoys badminton, reading, and traveling.