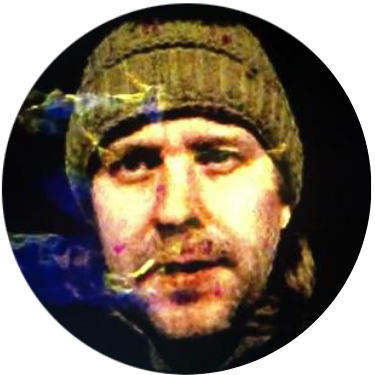 Brad Gallagher's practice revolves around writing, coding, sound and new media with a focus on how computation intersects these different mediums. He has had a lifelong interest in how simple rules give rise to complex behavior, how order arises from chaos and how systems with many interacting parts exhibit self-organization. As an artist he draws inspiration from and directly leverages these principles to create interactive, dynamic, and emergent content. He reflects these practices back into traditional writing, creating a feedback loop of influence amongst the mediums of his work. He graduated with a BFAW from the School of The Art Institute of Chicago in May 2019.

He has most recently performed sound-triggered, generative, text pieces at the Electronic Literature Organization event hosted by the School of The Art Institute of Chicago in conjunction with the 2019 MLA conference, the Red Rover Reading Series in Chicago, and the 2019 &Now Festival at the University of Washington at Bothell.

He has recorded two full length records ( Bosco & Jorge , 2000, Ally in the Sky , 2001), an EP ( Good Times, Bad Times, Right Times, Wrong Times ), two seven-inch records and curated a re-mix record with his band Bosco & Jorge in the early to mid-2000s. His more recent recordings are an album based around the mouth harp called Unicorn Chasers with the group SWCK in 2011 and a project recorded in Northern Ireland called Missed Flights and Fist Fights in 2015.