In response to COVID-19, CU Boulder will conduct classes remotely throughout the duration of the spring 2020 semester. These resources will help you learn and work remotely, and stay informed about campus-level updates and operations. 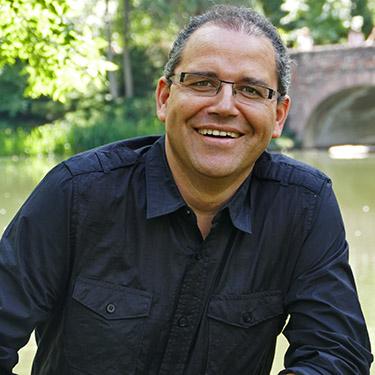 He specializes in identity politics among young Muslims in the Arab world and in diaspora. His work on diasporic media, Islam and modernity has appeared in a number of scholarly books and research journals such as Javnost, International Communication Gazette, Journal of Intercultural Studies, Nations and Nationalism, Journal of Arab and Muslim Media Research and Media Development. His articles have also been featured in the Guardian, Salon Magazine, USA Today, The Huffington Post, GEO and Religion Dispatches.

Drawing from a multidisciplinary theoretical literature in sociology, history, anthropology, media studies, religious studies, this book seeks to analyze the impact of Muslim popular and everyday narratives of and responses to modernity in a larger context of how Muslim subjects imagine and deploy multiple frames of reference in their path toward an “authentic” and “purposeful” modernity. His book Voicing Diasporas: Ethnic Radio in Paris and Berlin Between Culture and Renewal (Lexington Books) was published in 2011. His co-edited book International Blogging: Identity, Politics and Networked Publics (Peter Lang) was published in 2009. He recently directed a project funded by the Social Science Research Council, which compiled a cultural history of Muslims in the Mountain West region. The project has produced an interactive web resource and a documentary film released in 2015.

He previously taught at the University of Louisville, Indiana University-Bloomington and Franklin College in Switzerland, where he helped set up the international communication department.