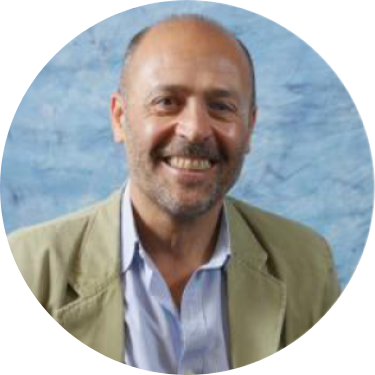 Professor Andrew Calabrese’s research emphasizes the relevance of critical social and political theory in explaining issues of media and citizenship, media policy at national and transnational levels and uses of media for social movement activism. His publications focus on the role of media in 20th and 21st-century concepts of civil society and the public sphere; the politics and activism related to media reform, communication rights and social justice; social mobilizations that rely on digital communication; and uses of digital media in nonviolent civil disobedience. His recent research is about the relationship between media and food politics and activism, and related issues of public knowledge, welfare, safety and risk.

From 2008 through 2014, he held several leadership positions in managing the transition from CU’s School of Journalism and Mass Communication to the development of the College of Media, Communication and Information, including four years as associate dean.

Revisiting the Trade in Television News

Human need as a justification for communication rights

Caveat Emptor! The Rhetoric of Choice in Food Politics.

A symposium on media, communication and the limits of liberalism

Media Reform and Communication Rights in the USA

The Global in the Local: A Case Study on Deforestation in a Ukrainian Journalistic Field

The Construction of Fear: The New York Times Deliberation on the USA-Russia Nuclear Dialogue

Creative imagination: A post-neoliberal order in media and communication regulation?

Vox Americana: Why the media forget, and why it is important to remember

Political space and the trade in television news

Privatization of the Media

The letter of the law: telecommunications and the corporate person