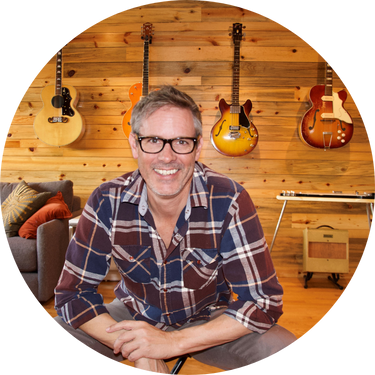 Morgan Young joined CMCI as a full-time instructor in 2022 and brings with him a long career in branding, strategy and creative execution. Prior to joining CMCI, Morgan worked for five years as adjunct faculty at both the Leeds School of Business and the School of Continuing Education, where he taught classes in advertising and promotion, global business and principles of marketing.

His previous private sector work includes, in part, serving as president at Young Ideas and SVP & creative director of Goddard Claussen. In this experience, he has managed, written, directed, and produced countless integrated marketing communications for clients such as Visa, AstraZeneca Pharmaceuticals, CBS Television, General Motors and the Humane Society of The United States. Morgan’s work has been put on permanent display in The Smithsonian’s American History Museum as part of their American Enterprise exhibit and has run during the Super Bowl.

Morgan received his master’s from George Washington University and his Bachelors from the University of Colorado. He lives in Boulder, Colorado with his two kids, one dog and seven guitars. There are rumors of a rogue cat as well, but neither he nor the cat will confirm knowledge of each other.