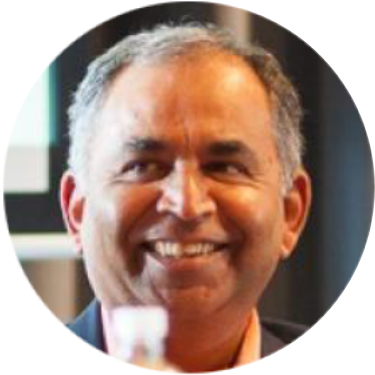 Krishnamurthy Sriramesh is Professor of Public Relations. His rich teaching profile includes teaching a range of courses in 10 universities in North America, Asia, Australasia and Europe while also delivering seminars/talks in over 40 countries. In addition to short stints as visiting professor at universities in various parts of the world, he has served as honorary professor at the University of Stirling, Scotland (2013 to 2016), recognized doctoral supervisor at the Henley Business School, University of Reading (2006 to 2012), honorary advisor of the International Public Relations Research Center (IPRRC), Fudan University, Shanghai (2005 to 2011).

In 2004, the Institute of Public Relations (USA) recognized his scholarship by honoring him with the prestigious Pathfinder Award for “original scholarly research contributing to the public relations body of knowledge.” He has won several other awards for scholarship, including two PRIDE awards (2003 and 2020) from the National Communication Association (NCA), and the Faculty Research Award and the Golden Gator Award from the University of Florida. His teaching excellence has also been recognized with awards such as the Charles W. Redding Award (Purdue University) and the Teacher of the Year (University of Florida).

Purdue University appointed him as university faculty scholar from 2012 to 2017. In 2018, he was also faculty fellow of Purdue Institute for Civic Communication (PICC) at Purdue University. He received the Page Legacy Scholar award from the Arthur W. Page Society in 2016.  From 2012 – 2016, he served as a member of the Independent Advisory Committee of Humidtropics, a project operated by the International Institute of Tropical Agriculture (IITA), Ibadan, Nigeria under the aegis of the CGIAR – a global partnership for global food security. Since 2016, he has served as a member of the Commission on Public Relations Education (CPRE) representing the Arthur W. Page Society.

Structure of the public relations/communication department: Key findings from a global study

Looking for digital in public relations

Corporate Social Responsibility: Perceptions and practices among SMEs in Colombia

To be, or not to be: Paradoxes in strategic public relations in Italy

Adding value to organizations: An examination of the role of senior public relations practitioners in Singapore

Introduction to this special section: The impact of globalization on public relations

The Relationship Between Culture and Public Relations

E-government in a corporatist, communitarian society: the case of Singapore

Public relations and change management: The case of a multinational company

Public Relations in Asia An Anthology

The dire need for multiculturalism in public relations education: An Asian perspective