News from the Department of Media Studies. 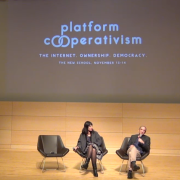 Faculty organize, attend a “coming-out party” for the cooperative Internet

Could cooperative economic principles create a more democratic Internet? More than a thousand people, including entrepreneurs, scholars, and activists gathered for the Platform Cooperativism conference at the New School in New York to discuss this question.

END_OF_DOCUMENT_TOKEN_TO_BE_REPLACED

View our favorites. Congratulations to the winter class of 2014!

END_OF_DOCUMENT_TOKEN_TO_BE_REPLACED 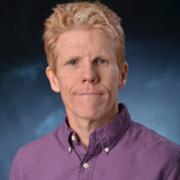 Parents are more reactive than proactive when providing political influence and opportunities for their children, according to a study led by the University of Colorado Boulder. The study, published in the journal Social Science Quarterly, found that political engagement independently pursued by youth spurs parents to realize that childrearing extends to the civic realm. It also is the first study to show intentional political parenting as an outcome of family interaction rather than a stimulus.