When Karen Ashcraft gave a virtual keynote at a conference on gender, work and organization in summer 2020, she didn’t expect to get a book deal out of the experience.

Ashcraft, a professor of communication in the College of Media, Communication and Information, has 30 years of experience as a scholar of gender, race, sexuality and organizational communication. In 2020—when analysts were discussing protests against pandemic-related lockdowns in terms of populism, class and socioeconomics—she felt they were missing a key factor: gender. 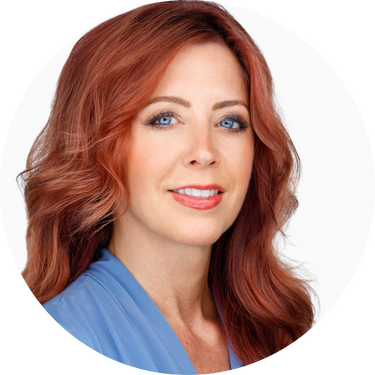 “I made an argument about the relevance of gender, and there was an editor in the audience who contacted me afterward and said, ‘I think there’s a book in this,’” Ashcraft said. “It turned out there was, but it was not a book I set out to write.”

She spent the next year researching and writing her new book, Wronged and Dangerous: Viral Masculinity and the Populist Pandemic, which was supported by a CMCI DeCastro Research Award and published by Bristol University Press.

The book is not the “typical” progressive take on culture wars, Ashcraft said. Instead, she argues that an animating force in current cultural and political wars is aggrieved masculinity, the sense that manly rights have been wronged and old-school masculinity is under attack. Ashcraft describes aggrieved masculinity as a motivator—a contagious feeling in right-wing populism—more than a coherent political position.

She demonstrates how this force appears in the U.S. and around the world. In politics, it can be found in the statements, performative styles and policies of political figures, like former presidents Donald Trump and Jair Bolsonaro of Brazil. It is harnessed by far-right extremist groups, like the Proud Boys, and in the “manosphere,” online communities in which men promote masculinity and misogyny.

However, the impacts of aggrieved masculinity aren’t limited to the realm of politics, Ashcraft found. Her book tracks how it appears in white supremacy and other supremacy crimes, media coverage, public health policy and more. It is the thread that links today's populism to the far right, mass shootings and climate change denial, Ashcraft said.

“What I’m trying to show is that it has real, intensifying, escalating public health consequences. It puts everyone at risk,” she said. “It is no mere culture war: Culture wars can kill.”

Once these connections become clear, communities can start thinking differently about how they respond, she said.

In a Q&A with CMCI, Ashcraft offers a behind-the-scenes glimpse into Wronged and Dangerous, aggrieved masculinity, and how her own past as part of the right-wing, populist community influenced her work.

CMCI: How do you define aggrieved masculinity, and where might people recognize it in daily life?

Ashcraft: It’s the sense of being displaced unfairly or like a social contract that’s been broken. One (example) is central to those who really adhere to this: Fight Club, where one of the key speeches is like, ‘We grew up to imagine that we were rock gods, and we were going to be famous one day. And we’re not, and we’re all very pissed off.’ That’s like the epitome of a manly promise broken. . . . It’s just this sense that you’ve been ripped off. You deserve something that’s been stripped away, and it’s attached to masculinity and manhood.

I want to say from the beginning, that ‘masculinity’ is a key word here because I’m not connecting it to all men, nor am I saying that only men do it. It is a particular strain of masculinity.

CMCI: Where do you see aggrieved masculinity in the current political sphere?

Ashcraft: We might say that the Trumpian style, or MAGA supporters, are all about manly grievance—that the average Joe, the forgotten man, has been ripped off, is under siege, can’t speak his mind anymore, has been thrown off the pedestal—and it’s time to put him, i.e. America, first. It’s the animating spirit of that brand of politics—exhibited by Trump, but also by those taking up his mantle in these very elections, with folks like Ron DeSantis and Marjorie Taylor Greene.

It shows up in the culture wars which are being used to fight this election—the rise of all of this (anti-trans and anti-LGBTQ) legislation around the U.S. to try to reinforce a gender binary, that there are ‘real’ men and women. ‘There are two, and that’s the way God intended it . . . .The straight, white, Western man has been displaced.’ That is the throughline in all of these politics.

CMCI: There are so many factors that play a role in these issues, like religion, race, sexuality and socioeconomics. Why is gender such an important factor to consider?

Ashcraft: It is absolutely about race, religion, sexuality—all of those things in one. Aggrieved masculinity binds forms of hatred together. To be clear, the reason I think we need to start, not finish, with a gender lens is not that I think gender is the most important. Rather, it’s because of the way this feeling of manly grievance is blossoming around the world. It’s highly adaptable, and it can easily travel across borders and between cultures as an animating force for other types of hatred. Regional forms of hatred are often too complex to spread across transnational social networks.

I say lead with gender because aggrieved masculinity is how right-wing populism moves around the world. Once you see that happening, you can start to get specific about all the other forms of hatred that are entangled.

CMCI: How did your childhood growing up in a right-wing, populist environment influence your approach to the book?

Ashcraft: Almost always (gender is) treated as a sideshow, and the real thing is about class or socioeconomics or immigration or race. But my own experience has taught me that actually those are all of apiece, and they hinge around a certain model of masculinity for which there is just a great deal of attachment and reverence. I was able to bring that frame I think a lot of people aren’t using when they describe this. Gender gets treated as passé, or that it’s some sort of old feminism . . . but actually it’s central to the fire, the energy, what animates the movement.

The other way that influenced me is I grew up learning how to inhabit that kind of masculinity as a woman—how to make my stake in it as a woman. So when people say, ‘Yeah, but women are doing it too,’ I’m like, ‘Of course!’ That was another element. The thing that goes in the other direction is when some folks on the left use a kind of anti-populist voice to critique, for example, Trump supporters. . . . I have always railed against that because I can feel that elitism. I feel like I’ve been caught between these worlds for a long time, and that turned out to be a handy place from which to write the book.

CMCI: What do you hope a reader will take away from Wronged and Dangerous?

Ashcraft: The first thing I hope is that, once you see it and start using this frame, you can’t unsee it. You start to realize truly how it is everywhere and intensifying in the culture. Two, that we start calling it by its name. Instead of saying far right or white nationalist only, we will call it aggrieved masculinity, which is all of these things.

Join Karen Ashcraft, a CMCI professor of communication, in a discussion about her new book, democracy, right-wing populism and aggrieved masculinity. She grew up in the lap of evangelical populism, and her research examines how gender interacts with race, class, sexuality, and more to shape organizational and cultural politics.

Her brief talk will be followed by a discussion and book signing, and copies will be available for $10, a 50% discount (cash only). 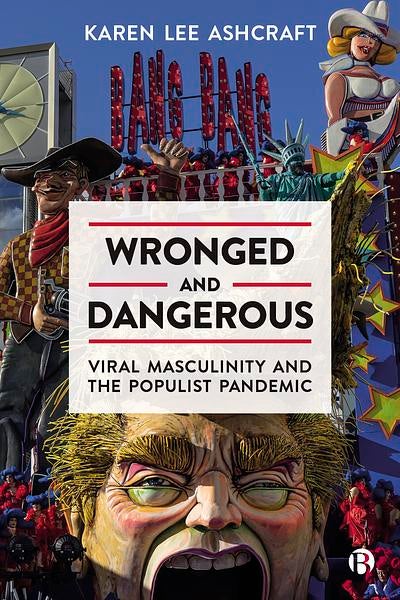