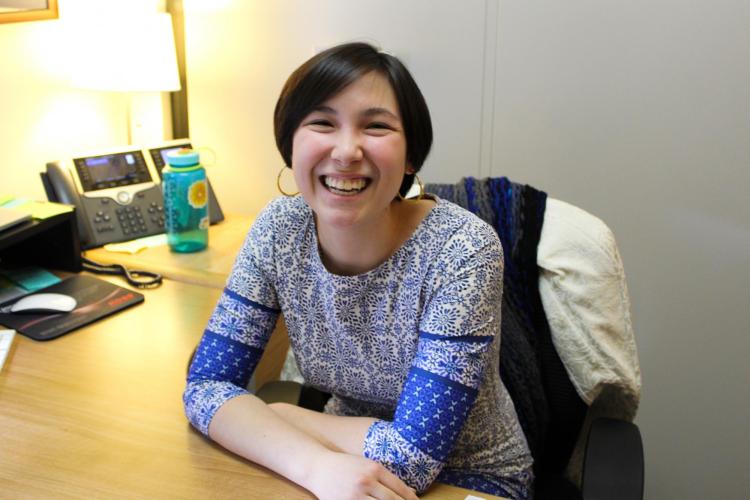 As she prepared for her next advising appointment, Stephanie Quon expected more of the usual: another degree audit tutorial or more time spent reworking a class schedule. But when the student came in––clearly distraught, confused, and in dire need of support––Quon knew she’d need to provide something different.

“I was listening and watching her, taking it all in,” Quon said. “There was a break and moment when I asked her if I could make her a cup of tea. She said, ‘Yes, I would really like that.’”

In that moment, Quon realized her student really just needed someone to listen. The student didn’t need traditional academic advising so much as compassionate “human-to-human talk,” Quon said.

Now an academic advisor at the College of Media, Communication and Information, Quon graduated from CU Boulder in 2017 with degrees in communication and psychology, as well as a certificate in technology, arts and media (TAM).

Looking back on what made her want to be an advisor, Quon recalled a senior seminar class she took during her final year of undergraduate studies with Professor Larry Frey. The class emphasizes interpersonal communication and taught her the importance of developing high-quality relationships. From analyzing verbal and nonverbal communication to getting to know her peers beyond the academia world, Quon learned lifelong communication skills.

“I realized I cared about the duality of people,” she said. “I wanted to know how people create high-quality interpersonal relationships; how do people connect? But I also wanted to learn the inside and outside of people because I really cared about mental health and wellbeing of people.”

The bulk of students come into academic office hours to find out what classes to take, learn the requirements to study abroad and get the essential information they need to graduate. Some students, however, need more from an advisor, and Quon hopes to fill that void.

“I am not a parent, teacher or TA, and I don’t have the authority to give A’s or B’s, so I am just a person to be their sounding board,” she said.

When Quon graduated, she feared the ambiguity of what was next. But eventually she gained the confidence to say, “I don’t know,” and accept the responsibilities that come with being an adult.

“People are constantly growing, evolving and changing, which is why it is so important for me to teach my students to like their skills, because it will fall into the jobs they want,” she said.

While Quon is now a working professional with her college years behind her, she still understands current college students’ lifestyles. 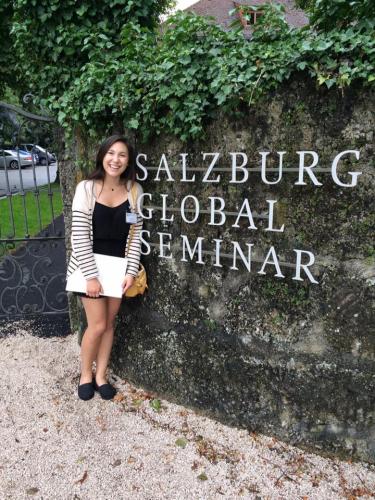 “Since I am close to students in the age gap, I can ask them a lot of questions that I think they are surprised about, like, ‘How was rush? How was your formal? How was hanging out with friends, tailgating, skiing at Eldora?’”

Quon knows to ask these questions because she, too, was active on campus as an undergraduate student. From playing on the CU Women’s Club Lacrosse team to joining the Golden Buffalo Marching Band, her freshmen and sophomore years were for “trying to find community and what community meant,” she said. In addition, she found other hobbies and passions, like swing dancing and working with students as a peer advisor and student success professional for the CMCI Advising Office.

Toward the end of Quon’s undergraduate studies she studied abroad, which is the experience she’s most proud to have had. While abroad, she worked as a communications intern in Salzburg, Austria, for a nonprofit organization called Salzburg Global Seminar, focusing on digital media and global change with the topic of migration.

“I was inspired by a small group of people inspiring each other to make change in their own ways, and high-quality interpersonal relationships,” Quon said. “It was exciting to see it outside of a classroom and enacted in real life.”

Today, Quon implements the skills she learned abroad in her role as an academic advisor, adding that she urges students to embrace the unknown––whether that be through their majors, extracurricular activities, or social lives––because that is where the self-learning process begins.

With one-year as an academic advisor complete, Quon strives to strengthen relationships with her students and department.