From Media Studies to Coco with alumnus Christopher Bell 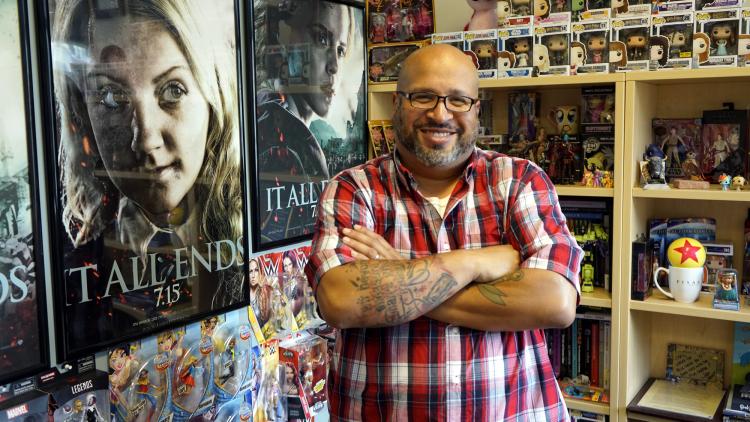 In his viral 2015 Ted talk “Bring on the Female Superheroes!” Christopher Bell (PhDMediaSt’09) uses his own experiences shopping for his daughter to discuss issues that affect kids across the country and the world. There’s a huge lack of female superhero merchandise on toy shelves, Bell explains, and this has a real impact on children as they play and learn about the world. Not long after the TED talk, Bell became a diversity and inclusiveness consultant for Pixar Animation Studios. The first project he consulted on with the company was the movie Coco, which earned the Academy Award for Best Animated Feature earlier this year, among other awards.

This week, Bell will return to CU Boulder’s campus for a discussion with the Department of Media Studies in the College of Media, Communication and Information. Along with media studies faculty, he will discuss how being critical of media can lead to more informed cultural production that helps companies produce more responsible and effective content for diverse audiences. The discussion will take place from 5 to 6:30 p.m. on Thursday, Nov. 15, in Eaton 150 and is free and open to the public.

Bell, a CMCI alumnus, is an associate professor of media studies in the Department of Communication at The University of Colorado Colorado Springs. He specializes in the study of popular culture, focusing on the ways in which race, class and gender intersect in different forms of children’s media. In addition to his work with TED and Pixar, Bell is a 2017 David Letterman Award-winning media scholar and the 2017 Denver Comic Con Popular Culture Educator of the Year.