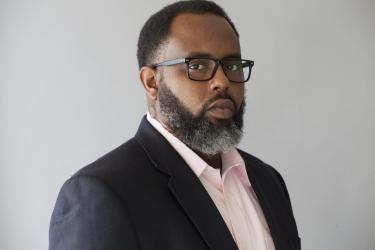 A team of journalists from ProPublica and the Florida Times-Union are the winners of the 2018 Al Nakkula Award for Police Reporting. Their story, "Walking While Black," was co-published by both organizations on November 16, 2017.

The piece was a collaborative effort between ProPublica’s Topher Sanders,  Kate Rabinowitz, Ranjani Chakraborty and Lucas Waldron and the Florida Times-Union’s Benjamin Conarck, who will accept their award at the Denver Press Club’s 24th annual Damon Runyon Award Banquet. The banquet will be held Friday, April 27 at the Denver Athletic Club.

“Walking While Black” is a five-year analysis of citations issued by the Jacksonville Sheriff’s Office. Sanders, Rabinowitz and Conarck found that the tickets—for violations including jaywalking, failing to cross the street at a right angle, crossing against a yellow light and more—were disproportionately issued to black pedestrians. Despite accounting for only 29 percent of Jacksonville’s population, black pedestrians received 55 percent of all pedestrian tickets issued over the past five years, the team found. 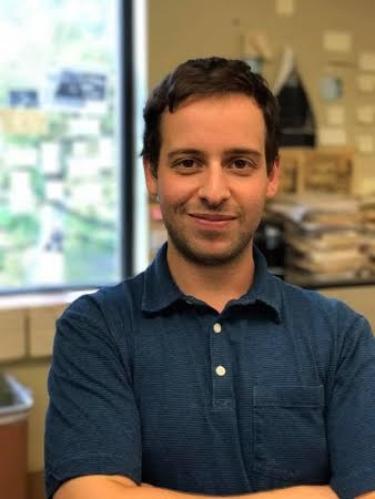 The reporters further explain the significance of the disparity writing:

Accompanying the team’s in-depth written analysis were photos, a video created by ProPublica and Vox, data graphics and a quiz on the legalities of crossing the street in Jacksonville, Florida.

The Al Nakkula Award for Police Reporting, sponsored by the Journalism department at the College of Media, Communication and Information and the Denver Press Club, honors the late Al Nakkula, a 46-year veteran of the Rocky Mountain News whose tenacity made him a legendary police reporter. Nakkula passed away in 1990.

“One of the most important aspects of ‘Walking While Black’ is that the team showed that jaywalking tickets resulted in a legal chain reaction of mounting fines, failure to appear in court violations and legal woes that prevented the recipients from getting housing, jobs and other basic needs for their livelihood,” said Angie Chuang, an associate professor in the Department of Journalism at CU Boulder who was one of the competition’s three judges. “So, a ‘minor’ violation became much more than that when disproportionate enforcement and a punitive legal system were levied against an already marginalized population.”

In addition to Chuang, this year’s judges included Jared Browsh, a scholar in residence in the Department of Media Studies at CU Boulder, and Rachel Estabrook, the managing producer and reporter of Colorado Matters at Colorado Public Radio.

In their comments, the judges applauded the winning team’s efforts to highlight injustices that often go unnoticed:

“This was an original, ingenious partnership between a national non-profit journalism outlet and a local newspaper to illuminate an easily overlooked form of enforcement—jaywalking tickets—and, with deep data and shoe-leather reporting, show how something most consider a minor infraction has become an egregious form of racial targeting, and represents misguided police work and an ineffective way to spend public money.”

Sanders, who is one of this year’s winning reporters, also co-wrote last year’s runner-up story, “Busted,” which was published by ProPublica on July 7, 2016. This year’s runner-up, “Shock Tactics,” is a six-part series examining the toll of deaths and litigation linked to Tasers. The stories were published between August 22 and December 6, 2017, by a team of reporters from Reuters. The series also includes four interactive multimedia elements, such as a map of Taser-related deaths around the country and graphics showing the inner and outer-workings of Tasers.

The judges wrote of the series:

“This was an impressively thorough and impactful investigation into the unholy alliance between law enforcement agencies and Taser / Axon, the leading manufacturer of ‘non-lethal’ stun guns. The six-part series was a tour de force of Reuters' national reach and deep reporting bench, as reporters uncovered, step by step, the untold dangers of Tasers, and the stunning history that has led to their widespread use and, in many cases, abuse.”

The award is co-sponsored by The Denver Press Club and the CU Boulder College of Media, Communication and Information (CMCI).