Students win awards at the Young Ones international advertising contest 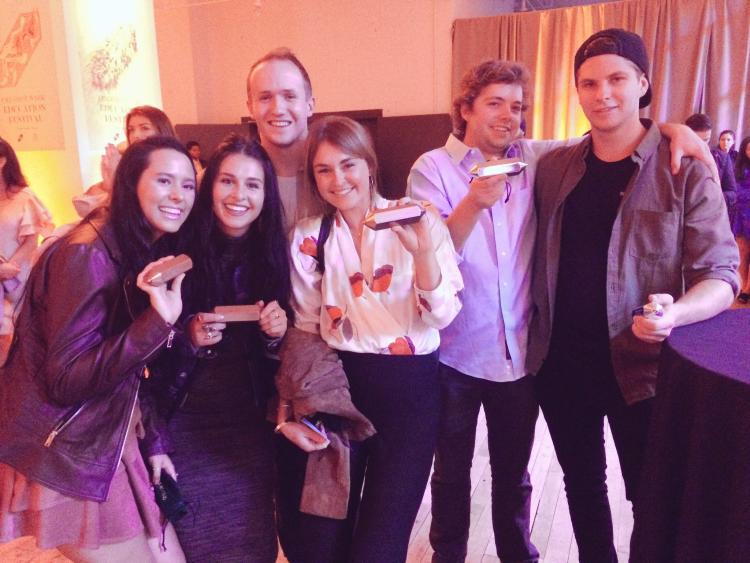 Fourteen students from the Department of Advertising, Public Relations and Media Design were award winners at the One Club’s Young Ones international advertising contest.

The students, who worked in teams to create advertising and branding campaigns for companies in response to fictitious scenarios, won a silver, a bronze and three merit awards. Their ad campaign entries ranged from BMW Connected, a mobile app that assists with life in a variety of ways, to a new category on the Partners for Peace/TOMS website for clothing and accessories not tied to gender identities.

The One Club of New York, an esteemed industry trade group, presented the awards at the Young Ones Awards Ceremony Tuesday night in New York City as part of Creative Week, a premier showcase of creativity in advertising, design and new media.

CU Boulder students have won Young Ones awards every year since 2001.