Does our personality shape our responses to game rewards? How do we change our digital identities on social networks? Why are emergency responders relying on crowdsourcing to map disaster zones?

This week, five CMCI researchers are exploring answers to these questions—and others—as they present their research at the top conference in the field of human–computer interaction.

The ACM Conference on Human Factors in Computing Systems (CHI) is the largest annual gathering of researchers and practitioners who study how people interact with digital technology. Jed Brubaker, Casey Fiesler, Leysia Palen, Amy Voida and Stephen Voida—faculty members in the Department of Information Science at CU-Boulder—have all had papers accepted to the conference and will be presenting their work in San Jose, California between May 7th and 12th.

Here’s a short summary of their research:

Social media networks are often designed to be persistent, with few offering easy methods for changing or forgetting a person’s former identity. Jed Brubaker—as part of a team led by Oliver Haimson including researchers from UC Irvine, CU Boulder and IUPUI, —studied the cases of 283 people who underwent a gender transition while active on Facebook to understand how these individuals managed the change in their digital identity. By editing the information they present on Facebook, such as photos and descriptions, and by changing who can see certain posts and information about them, the individuals tried to manage disclosure about their identity transition. In some cases, they maintained multiple accounts, split between those who knew of their gender transition and those who didn’t. Others moved completely to a new account. In many cases, editing photos, friends lists and other digital footprints was time-consuming and potentially painful, leading the research team to suggest that social networks be designed not just for remembering, but also for forgetting.

What happens to your Facebook profile after you die? 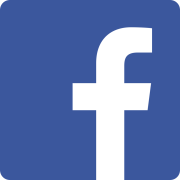 Jed Brubaker has been an academic research collaborator at Facebook since 2014 and has played a significant role in developing Facebook’s features and policy for the death of people on the social network. In the past, Facebook simply locked the profiles of deceased individuals, but Brubaker and his co-author Callison-Burch helped design and launch a new feature called Legacy Contact that gives people more control over their profile after they pass away. Specifically, Legacy Contact allows people to transfer some control to a trusted friend or loved one. In their paper, Brubaker and his colleague describe how they balanced the needs of deceased individuals against those of bereaved communities by putting a person, rather than a system, in control of key decisions. Other key design objectives in the development of Legacy Contact included making the deceased individual’s mortal status clear, reducing workload on their legacy contact and minimizing automated messages that can be distressing. So far, legacy contact has received a mostly positive response, but Brubaker and his colleague note that a topic as complex as death on social media merits much further study.

To design a successful online community, be part of it

Participants in online communities sometimes feel as if the platform doesn’t support their needs and values, commonly leading to complaints about issues such as harassment, excessive advertising, or distracting redesigns.  In her paper, Casey Fiesler examines an online fan community that has solved many of these problems. The fan fiction site Archive of Our Own (AO3) is an open-source project with over 800,000 users, designed by members of the fan community (a team of mostly women) who were frustrated with existing sites that felt unwelcoming or exploitative. Fiesler, working with fellow researchers from Georgia Tech, interviewed some of the site’s users and designers and found that AO3 was carefully designed to respect and reflect the values of AO3’s users—even values that might be at conflict with one another. One potentially important lesson for online community designers is how to mitigate these value tensions through design. For example, individual users may want to delete certain stories or even their entire identity from the site, thus removing a significant part of the community’s history. AO3’s solution is to allow users to “orphan” some or all of their works, removing their names from the work, but leaving the work intact for the community. The success of AO3 shows that online platforms may have a better chance of succeeding if they are designed for and by a particular community, with their values and norms in mind.

Paper: An Archive of Their Own: A Case Study of Feminist HCI and Values in Design by Casey Fiesler, Shannon Morrison and Amy S. Bruckman 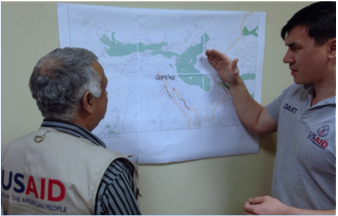 USAID staff examining a printed base map of the Gorkha district in Nepal, created using OpenStreetMap data. From the paper by Soden and Palen.

Maps are a crucial tool for natural disaster responders, but they often fail to reflect changes on the ground. Leysia Palen (who was just inducted into the CHI Academy for her lifelong contributions to the field) has long studied the role of real time, digital mapping in disaster responses. In the aftermath of the 2015 Nepal earthquake, many mapmakers were updating maps and visualizing humanitarian information. Studying this response, Robert Soden, a PhD student advised by Palen, found that much of this work was done on open source, online platforms, allowing many different groups to quickly access the new information. Furthermore, many of these mappers had worked together during previous disaster responses and they brought established relationships and practices to their work in Nepal. Considering these facts, Soden and Palen believe that the 2015 Nepal earthquake may represent a watershed moment in humanitarian mapping response, when reliance on crowdsourced map data took on new importance for disaster responders.

In a second paper, Palen, her PhD students Marina Kogan and Jennings Anderson, and colleague Kenneth Anderson combined qualitative and quantitative “big data” analytics to study OpenStreetMap, a mapping environment with millions of users that is known as the “wiki of maps.”  They examined how mappers who are distributed around the world nevertheless collaborate to map regions that are affected by disaster, in this case, the 2010 Haiti earthquake.

To raise money for a charitable cause on the internet, one must first convince others that the campaign is legitimate. From interviews with online fundraisers who used a variety of charitable crowdfunding platforms, Amy Voida and her advisee, Indiana University master’s student Katie Tanaka, found that the primary concern of fundraisers was conveying the legitimacy of their campaign. This included legitimizing the project, the person fundraising for the project, the organization affiliated with the project and the platform through which donations were solicited. Fundraisers use many different strategies to legitimize their campaigns, such as offering frequent updates to donors through many different communication channels, making the first donation to seed the pledges and providing extensive justification for the financial overhead taken by both platforms and organizations. This is a significant amount of work for a volunteer fundraiser to undertake and the technology involved can both ease and complicate the work. Tanaka and Voida suggest that both organizations and crowdfunding platforms can provide resources to reduce the legitimacy work fundraisers feel compelled to do, thus making it easier to raise funds for charitable causes.

How people with different personalities respond to different forms of gamification

“Gamified” apps use game-like elements, such as scores, leaderboards, or personalized avatars to motivate their users to meet a goal or change a habit. Stephen Voida advised three PhD students, two from Indiana University and one from Cornell University, to study how an individual’s personality traits affect how he or she responds to different motivational systems that might be employed in a gamified health app. Voida’s team found that extraverted users were most effectively motivated by gamification, being partial to features like scores and leaderboards, which allow them to tally up their successes and share their performance with others. However, users with high levels of emotional stability—generally, older, more mature individuals—were rarely motivated by any gamified features, suggesting that app designers cannot rely on gamification as a “one-size-fits-all” tool. Voida and his team conclude that users will respond differently to game-like elements depending on different facets of their personality, and that app designers might either consider tailoring their designs to particular kinds of users or not relying heavily on those gamification strategies that are likely to turn part of their audience away.