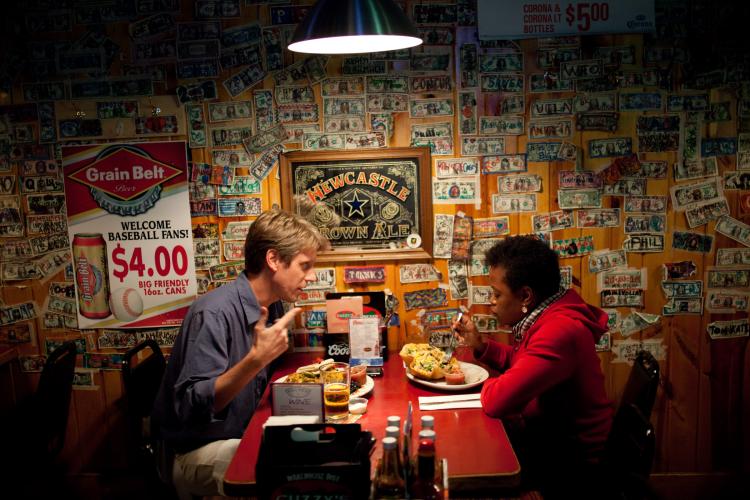 John Branch isn’t your average sports writer. He’s written front page stories for The New York Times that reveal how groundskeepers for Major League Baseball stadiums mow different patterns into the grass, examine the lives and deaths of pioneering BASE jumpers and trace the origins of the field-sized flags that fly at major sporting events.

In 2013, Branch won a Pulitzer Prize—the most prestigious award in journalism—for his article “Snowfall,” a pioneering effort in multimedia journalism, which tells the story of a deadly avalanche in the backcountry of a Washington ski resort. “Every day I’m amazed that I get paid to do what I do,” he says of his job.

Branch has accomplished a great deal in sports writing, especially for someone who began his career as a business reporter. Two years into his first job at The Colorado Springs Gazette, one of the paper’s sportswriters died suddenly… ‘yeah, I’ll go try that.’ ‘’

“I have license and liberty to go where most people aren’t welcome.”

Even now, being open to unexpected ideas is key, as Branch seeks story ideas in unusual places. “Sometimes I just step back away from the press box and ask, ‘why is this happening this way?’’’ He even gets some story ideas from questions his kids ask. Whatever story he pursues, he focuses on the human element—a tactic that led him to refine “Snowfall” from a broad article on avalanches into a detailed story about a single slide and the group of skiers it swallowed.

Branch believes such flexibility and focus are crucial in journalism, especially for young journalists. “We have no idea what this journalism world will look like in 10 years, so you need to be open-minded,” he explains. The role of CMCI’s journalism department “is to open as many doors as possible. And it’s the student’s role to walk through those doors.”