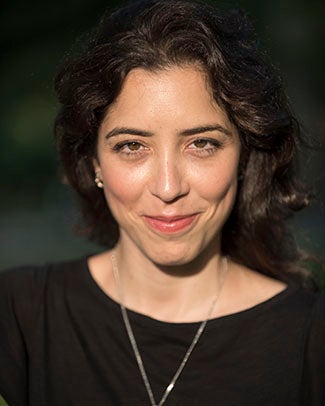 Not long ago, Griselda San Martin travelled to Mexico City to claim a second-place award for her short film, Soldiers Without a Nation, in a competition sponsored by the Mexican government and the United Nations.

The film tells the stories of permanent U.S. residents who fought for the American military only to be deported to Mexico for later criminal offenses. The deported veterans feel lost in the middle and San Martin believes their stories are too.

San Martin, originally from Spain, lived in several countries and always enjoyed taking pictures of the people and places she saw in her travels. When she came to CU-Boulder to pursue a master’s degree in journalism, she wanted to tell stories–a certain type of story. “I don’t like hard news,” she says. “I like in-depth stories.” Some of the stories San Martin wanted to explore in-depth were the lives of immigrant and their communities in the United States.

“We’re trying to tell stories from beyond the mainstream.”

San Martin’s favorite class in her first year at CU-Boulder was Media and Diaspora, a media studies class that explored how media portray and impact immigrant communities. After learning how the mainstream media reported on marginalized immigrants, San Martin completely changed her own approach. Rather than talking about immigrants, as many in the media do, she realized the best way to fight stereotypes and report a more truthful story was to let immigrants tell their own stories.

San Martin teamed up with classmate Elaine Cromie and travelled to Tijuana, Mexico to meet and interview many of the deported U.S. veterans living there. The duo have since returned many times and have produced several short videos about the veterans. “We’re not activists. We’re not taking sides,” says San Martin. “We’re trying to tell stories from beyond the mainstream.”

To further that goal, San Martin, Cromie and a third collaborator—Biana Fortis—have founded Transborder Media, a company dedicated to producing written and visual media that crosses borders. Currently, San Martin is documenting the Garifuna community in New York City in portraits and a documentary. Because the Garifuna immigrated from the Caribbean and Central America, they speak English, Spanish and their own language. San Martin is translating her work into all three, as part of her dream to tell stories “that transcend borders.”