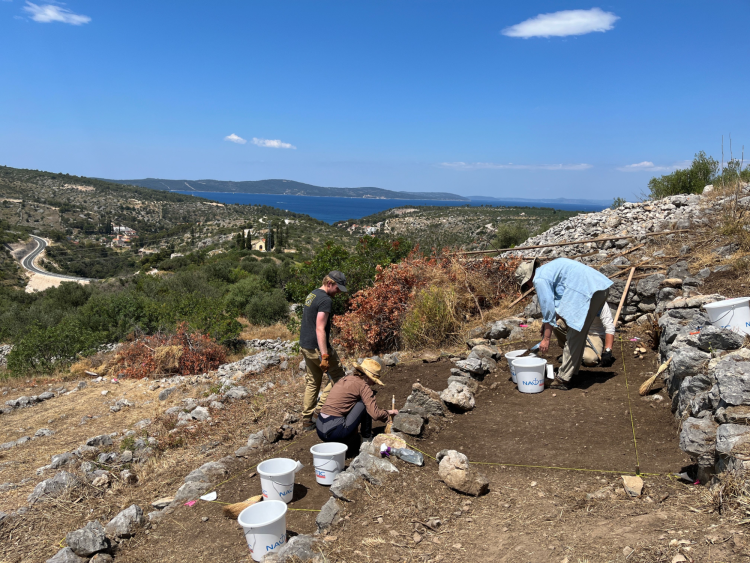 In the summer of 2022, fieldwork began on the Brač Island Project in Croatia. In collaboration with the University of Split, CU Boulder’s own Sarah James led a team of graduate students and archaeologists in the excavation and geophysical investigation of the Liburnian hillfort site of Gradina Rat, and intensive survey in the area of Murvica, the only identified Roman-era settlement on the island. 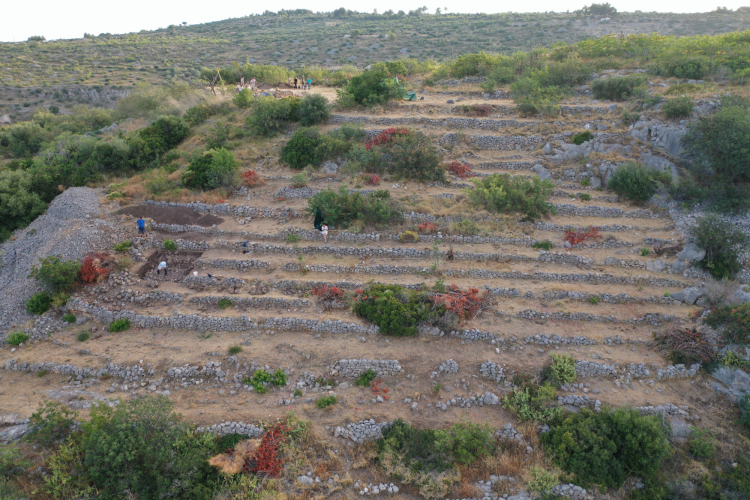 The main purpose of the project is to examine the influence of Greek settlement in the region and, later, integration into the Roman Republic, then Empire, on the local cultures of the ancient Adriatic islands. In their first season, James and her team built on research conducted by the Adriatic Island Project (AIP) in the early 1990s. Aside from the AIP, there has been a severe lack of archaeological investigation of the 8th-3rd centuries BCE on Brač and in greater Dalmatia (southern coastal Croatia). The Brač Island Project seeks to repair this deficit and highlight Dalmatia’s potential as a rich archaeological source connecting the ancient Greek and Roman worlds through both time and space. 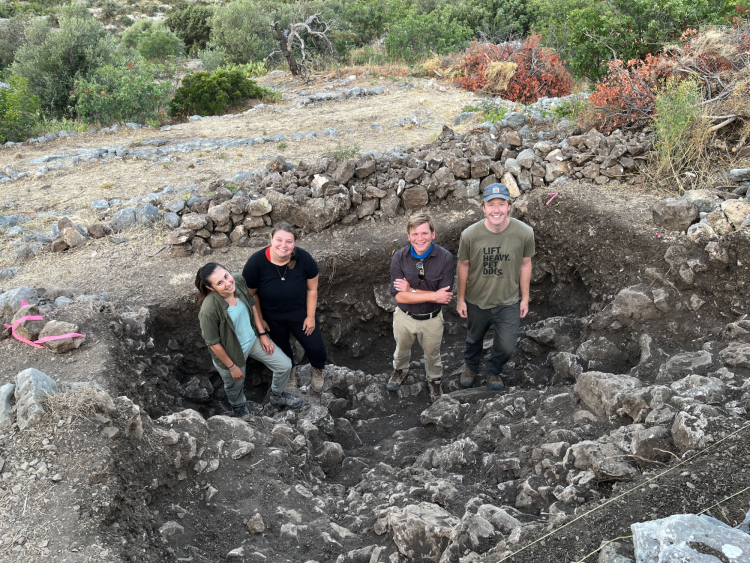 The bottom of the 2022 terrace trench with the excavation team

Evidence shows that the ancient peoples of the Adriatic islands had access to imported Greek and Italian goods and that this region may have been a locus of intense trade as early as the 7th century BCE. Previous work at Gradina Rat by co-director Dr. Vedran Barbarić has demonstrated the site was deeply engaged in extra-regional exchange networks in the Iron Age. Some of the main research questions of the project seek to understand how the local Liburnians (inhabitants of ancient Croatia) consumed these imported goods: What other interactions might have occurred between the Liburnians, Greek colonies in the Adriatic, and the neighboring regions? What impact did these relationships have on the social and material culture of the pre-Roman Adriatic? And what did life in Dalmatia look like at the local level during these dynamic periods? The Brač Island Project acts as a case study opening the door to wider investigations of these issues. In the first week of the project’s first season, the team began to investigate these questions with ground penetrating radar (GPR) and intensive pedestrian surveys of Gradina Rat and Murvica. Gradina Rat is particularly significant in its potential as a data source because it was occupied from the 11th century BCE to the period of Roman expansion. During the 2022 season, surveyors found a large quantity of materials spanning centuries, including fragments from the Bronze Age-Iron Age, the Classical era, and the Hellenistic, Late Antique, and Early Modern periods. Finds included a huge amount of Classical-era Greek and Italian imported pottery. 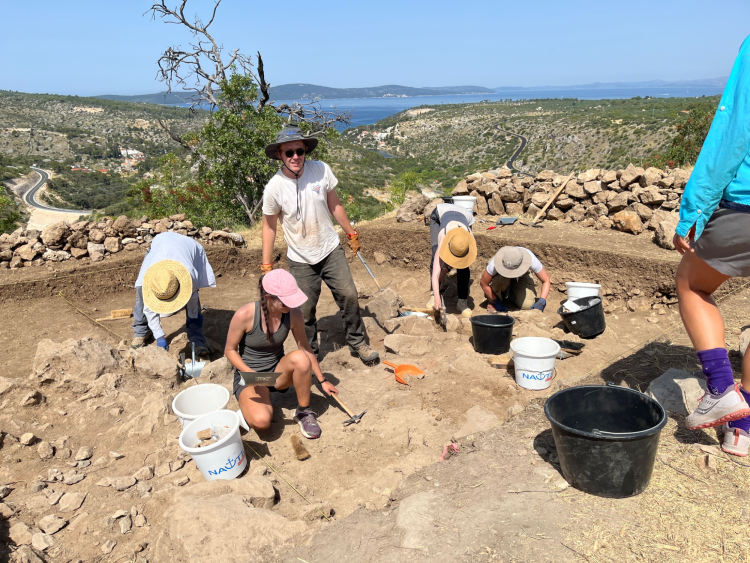 For the remaining four weeks of the season, the team began excavations at Gradina Rat, which revealed a number of interesting finds suggesting possible activities at the site. One was the presence of Greek and Roman-style pan tiles, which could indicate the presence of a roofed structure during the Iron Age and Hellenistic period. Another was a large quantity of Bronze Age-Iron Age ceramic wares, suggesting permanent occupation of the site during that period. These and many other finds support the theory that there was at least a low level of activity at Gradina Rat from the Bronze Age onward and that the site remained continuously significant in the landscape of northwest Brač for millennia. Evidence suggests that future seasons will produce a plethora of further materials and insights into local activity through centuries of interaction with Greece and Italy. In addition, the excavations are providing valuable new material for studying the Bronze Age in coastal Dalmatia. 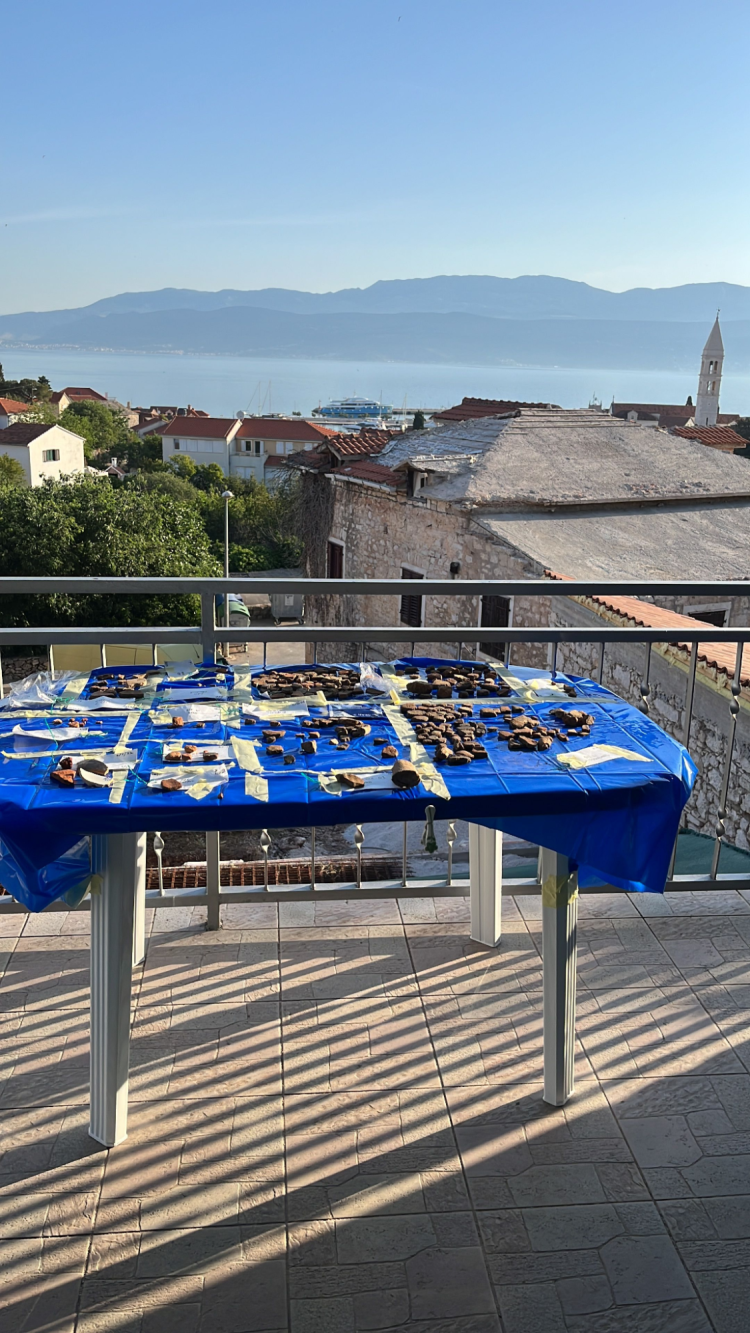 All in all, the results of the first season of the Brač Island Project are very promising, but there is much more work to be done to unpack these clues to the Adriatic past. The research team plans to survey more of the island and conduct further excavations in future seasons, continuing their work in the summer of 2023.