Wining and Dining in Ancient Greece 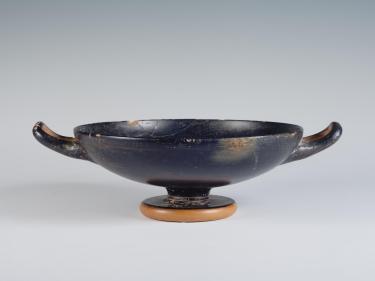 Ancient Greeks typically ate two meals a day. For elite members of ancient Greek societies, meals were prepared and served by slaves under the supervision of the female head of household. Men may have eaten in a formal dining room, called an andron, although this room may have been reserved for hosting the symposium, a kind of drinking party. Women and children may have eaten elsewhere in the house or at the homes of friends or relatives.

Oil was an important stale for ancient Greeks, who used olive, sesame, fish, and vegetable oils for a variety of purposes, including in cooking. Oil could be mixed with wheat and barley to create meals rich in fat and carbohydrates. It was used as a fuel source for lamps, as medicine, and in the performance of religious rituals. Olive oil, in particular, could be a prize for victory in athletic contests or a dedication to the gods or to the dead. Instead of using water to bathe, ancient Greeks covered themselves with oil and scraped it off with a curved metal implement called a strigil. As can be seen on a stamnos in the Museum of Fine Arts in Boston, ancient Greeks would coat their skin in oil and scrape it off using the strigil, leaving behind skin that was cleansed and moisturized. Finally, oil could be scented and could serve as an exotic and less expensive substitution for things like frankincense and cinnamon from Egypt and Arabia.

While most oil was probably used and consumed locally, the finest quality oils were exported as a luxury good. Containers for transporting and storing oil come in a variety of sizes and shapes, from large undecorated transport amphorae to small decorative lekythoi, such as a mid-5th century B.C.E. example in the CU Art Museum's collection.

Wine was usually drunk in the evenings, after the main meal. Ancient Greeks drank wine mixed with water and sometimes with additional flavorings. A ritualized drinking party called a symposium  provided the context for heavy consumption of wine by male members of society. Some symposia were the scenes of learned philosophical and literary discussions, while others were more like rowdy parties with hired performers and other forms of entertainment.

Tablewares may have been decorated or undecorated, although decorated pottery was largely reserved for vessels associated with the consumption of wine at the symposium. The basic shapes of ceramic drinking cups reflect influence from luxury versions in bronze, silver, and gold. Ceramic cups were often decorated with figural representations and other patterns and even the most simple vessels, coated in a shiny black slip, such as a c. 500 B.C.E. Attic kylix and a c. 400 B.C.E. Boeotian kantharos in the CU Art Museum's collection, may have been intended to shine like silver. 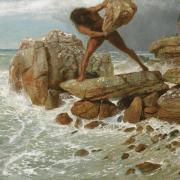 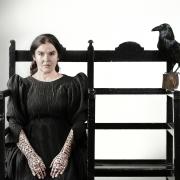 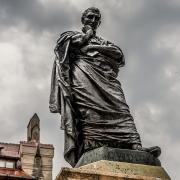 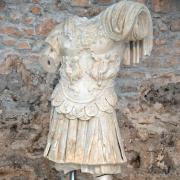 Across a Narrow Sea: Ancient Greeks and Romans in the eastern Adriatic