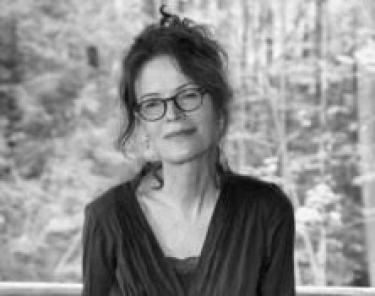 Stacey Steers is known for her process-driven, labor-intensive films composed of thousands of handmade works on paper. Her recent work employs images appropriated from early cinematic sources, from which she constructs original, lyrical narratives.

She is a recipient of major grants from the John Simon Guggenheim Foundation, Creative Capital and the American Film Institute. A major retrospective of Steers’ work was included in the 2018 Ottawa International Festival of Animation, the 2015 Annecy International Festival of Animation and she was awarded the Brakhage Vision Award in 2012. She is a fellow of the MacDowell Colony, The Corporation of Yaddo, Bogliasco and the Headlands Art Foundation. She is a member of the Academy of Motion Picture Arts and Sciences.

In recent years, Stacey Steers has expanded her work to include collaborative installations that join invented, three-dimensional production elements with film loops, creating a new context for experiencing her films. Steers’s installation work has been exhibited at the Corcoran Gallery, (Washington, D.C.), the Denver Art Museum, Hamburger Kunsthalle in Germany, The Hood Museum, 21C Museum Hotels and many other venues. Her work is in the collections of the Hamburger Kunsthalle, Denver Art Museum, Hood Museum at Dartmouth College, Johnson Art Museum at Cornell University, and 21C Museum Hotel sand the Museum of Contemporary Arts Denver, among many others.

To see her work or learn more vist Her Website.

Edge of Alchemy at the Catherine Clark Gallery - February 2017

From February 25th  through April 15th the Catherine Clark Gallery in San Fransisco screened esteemed former Professor Stacey Steer's new film, Edge of Alchemy. There was also a selection of handmade collages, a suite of silver gelatin prints, and sculptural objects that incorporated media from the film.