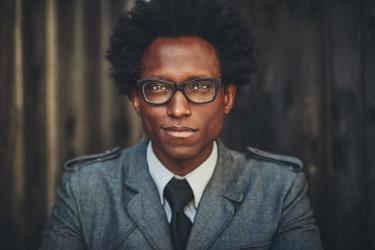 Skinner Myers is an award-winning filmmaker who has written and directed 11 films, including 'La Tierra del Exodo', 'Nightmares by the Sea', 'Things of Beauty Burn' and 'Frank Embree', which took home the Grand Jury Award at Hollyshorts. His feature film debut, 'The Sleeping Negro', World Premiered at the 2021 Slamdance Film Festival and Internationally Premiered at the 2021 Champs-Elysees Film Festival in Paris, France. Myers has studied at Columbia University, Brooklyn College, the USC School of Cinematic Arts and is currently pursuing a Ph.D. from the University of Amsterdam.

Prior to coming to CU Boulder, he was a Clinical Assistant Professor at Loyola Marymount University's School of Film and Television. Visit Skinner Myers personal website.