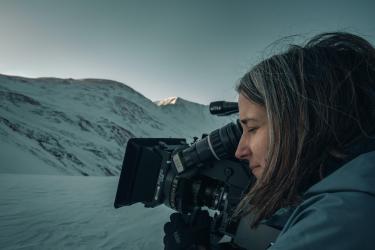 Laura Conway is a filmmaker, DJ, and performance artist based in Denver, Colorado. Laura’s politically grounded films use documentary forms, absurdity, and performance to grapple with the complexities of life in late capitalism. Her films have screened at Slamdance, The Ann Arbor Film Festival, Antimatter Media Arts Festival, Visible Evidence, and The Chicago Underground Film Festival among others. Her film The Length of Day was voted best Experimental Film at the Fargo Film Festival.