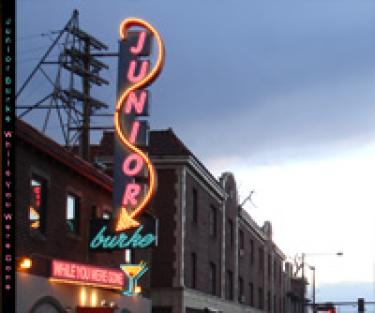 Junior Burke’s novel, Something Gorgeous, was published in 2005 by Farfalla, McMillan & Parrish. Besides writing prose, he is also a lyricist and dramatist who has earned a Cable Ace Award, and a pair of gold records. This year, While You Were Gone,a compact disc of original songs, was named by New York’s Bowery Poetry Club as one of the top poetry discs of 2007. Also in 2007, he co/produced and provided the musical soundtrack for On the Road Now,a project in which filmmakers in four parts of The United States and in Mexico explored the contemporary locations of Jack Kerouac’s iconic novel. The film is scheduled to be shown at the installation of Kerouac’s renowned On the Road scroll, this summer at The University of Indiana’s Lilly Library. In 2004, The Boulder Museum of Contemporary Art presented his song cycle Someone Else’s Dream, and Chicago’s Goodman Theatre work-shopped Soft Trumpet, Slow Guitar, a musical about the late boxer Sonny Liston, for which he wrote the book and lyrics. Other stage productions of his are on video at New York’s Lincoln Center as part of its collection of American theatrical works. As a screenwriter, he co-wrote, with Scott Fivelson, the independent film American Reel, for which he also produced the soundtrack. Besides teaching for CU Film Studies, Mr. Burke currently serves as Chair of Naropa University’s Writing and Poetics Department, the year-round component of the Jack Kerouac School of Disembodied Poetics. He is founder and executive editor of the online literary magazine not enough night www.naropa.edu/notenoughnight/ which features some of the boldest voices in American and international letters. More about his work can be found at www.juniorburke.com