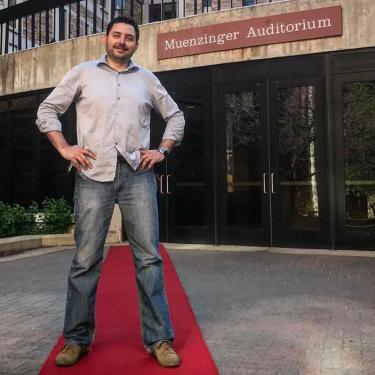 Growing up a military brat overseas, Jason fell in love with movies since they were the only entertainment he was sent from extended family back in the US that was in English. Eventually he and his family moved to Colorado in the late 90s, where he tried his hand at small video productions with his friends (with little success). Seeing an opportunity, Jason pursued the study of film and movie making right out of High School while working for a major theater chain (allowing him easy access to all the major releases). Jason graduated from CU Boulder with a BFA in Film Studies (now Cinema Studies) in 2015. His first feature film was released in 2017.

Within the department, Jason oversees and assists with many elements of operations. This includes main office functions, faculty and student support, and marketing content, as well as operations and media management for the International Film Series program.