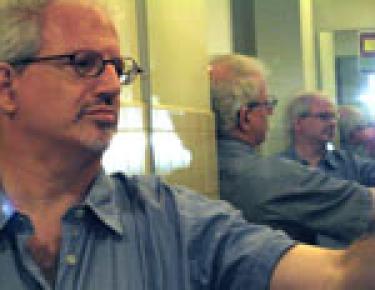 J. Gluckstern is an artist whose films and film-related works have been shown in Korea, Mexico and throughout the United States. He’s received numerous grants, awards and commissions, among them a professional development fellowship from the Robert Flaherty Film Seminar in 2006, and he’s taught film production at the University of Colorado-Boulder since 1999. He’s also been an arts journalist, writing about film and art for many regional and national publications. In recent years, he’s experimented with performative long-exposure photography/videography and curated a show of in-camera, multiple-exposure photography.