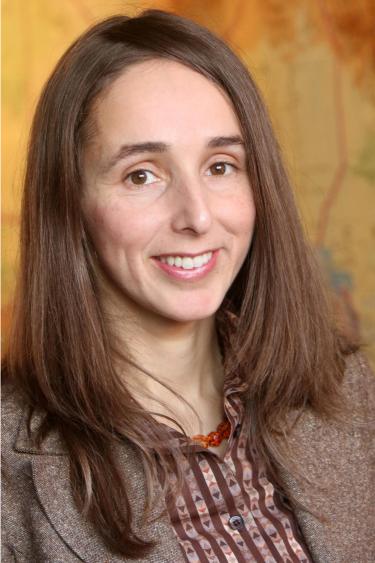 Hanna Rose Shell is Director of the Stan Brakhage Center for the Media Arts, as well as Associate Professor of Critical and Curatorial Studies in the College of Arts & Sciences.  She is jointly appointed in both the Department of Art and  Art History, and the Department of Cinema Studies & Moving Image Arts. Shell is also a core faculty member of the Committee on the History and Philosophy of Science, and a faculty affiliate of the Department of History, the Center of the American West, and the Program in Intermedia, Writing, and Performance [IAWP] in the College of Media, Communication, and Information.

Shell’s scholarly work occupies the interdisciplinary areas of Art and Media History and Criticism, Cinema Studies, and the History of Science and Technology. She is also a creative practitioner and documentary filmmaker, with a particular focus on textiles, photography, and the interconnections among visual, material, and scientific cultures.  Shell’s latest book, released in 2020 by the University of Chicago Press, is called Shoddy From Devil's Dust to the Renaissance of Rags. It examines recycled textiles as transformative media, providing an innovative and interdisciplinary material history of used clothing and dovetails with a series of experimental documentary shorts and a textile installation in the Czech Republic on the subject of waste, recycling, and old clothes. Shell’s previous book Hide and Seek: Camouflage, Photography, and the Media of Reconnaissance, published by Zone Books in 2012, has inspired her own and other multimedia works around the world. Shell has published widely in scholarly and popular journals on subjects including taxidermy, waste processing, and the history of chronophotography. She founded and served as commissioning editor for, the "Beyond Words" section of the journal Technology and Culture, and co-edited DigitalSTS: A Field Guide for Science & Technology Studies (Princeton University Press, 2019). Her articles appear in Journal of Visual Culture, Technology and Culture, Configurations, History and Technology, Bidoun, Technology and Culture, and Cabinet, among other outlets.  Her films and media works have appeared worldwide, at art and film venues including The Museum of Modern Art, Anthology Film Archives, the ZKM Center for Art and Media, Machine Project, Slamdance, Black Maria Film, and Video Festival, Machine Project, the Zimmerli Art Museum.