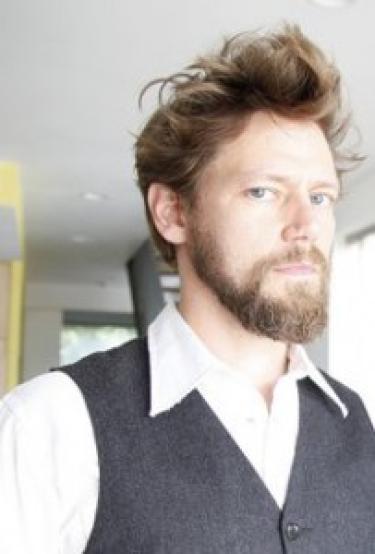 His most recent short film, The Phantom 52, stars Tom Skerritt and premiered in competition at the 2019 Sundance Film Festival. In the fall of 2019 Geoff completed principal photography on a new feature The Boardinghouse Reach. The film is an animation and live action hybrid starring Lily Gladstone, Kiowa Gordon, David Arquette, Neko Case, Gary Farmer, Alex Cox and John Doe.

Highlights from his filmography include:

As a professor, his work focuses on helping students successfully realize the vision they desire to create rather than emulating his own style. This necessitates listening to and exploring ideas with students, as well as staying current on a multitude of techniques. He has taught animation, directing, writing, editing, cinematography, documentary, acting and DIY producing at The University of Texas at Austin, Carnegie Mellon School of Drama, The University of Lisbon and The University of Colorado at Boulder.

He grew up a cowboy with an interest in physics, and worked in both construction and at the naval research lab before becoming a filmmaker. He has a cat named FatFace, and still loves making things.

Professor Geoff Marslett had his film The Phantom 52 shown as part of the Denver International Film Festival animated shorts program in November 2019 at the Lyric in Fort Collins.