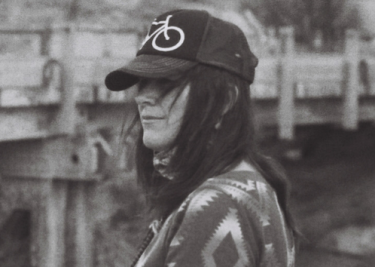 Emilie Upczak is an independent filmmaker, Assistant Teaching Professor in the Department of Cinema Studies and Moving Image Arts, and the Interim Faculty Director of the Brakhage Center for Media Arts at the University of Colorado, Boulder. Emilie holds a BA in Comparative Religious Studies also from the University of Colorado, Boulder, and an MFA in Film from Vermont College of Fine Arts. She is a Rotterdam Producers Lab alumni and an Andy Warhol Foundation Grant recipient.

Emilie spent ten years developing her practice while living in Trinidad and Tobago, where she also worked as the Creative Director for the trinidad+tobago film festival spearheading the Caribbean Film Database and Caribbean Film Mart.

Emilie’s debut narrative feature, set in Port of Spain, Moving Parts, premiered at the Denver Film Festival and is available through the film's distributor Indiepix on Amazon.

Emilie recently completed the narrative short, Silt, a proof of concept for a narrative feature film, to be set on the Colorado River in the Grand Canyon. Silt premiered at the Independent Film Festival Boston where it won the special jury award.

Emilie is also working with the Rare and Distinctive Collections at the University of Colorado Libraries on a Fellowship with the CHA/CRDDS to write a screenplay and create a digital exhibition on the collection of Ann Roy, an American poet, mystic and feminist activist.