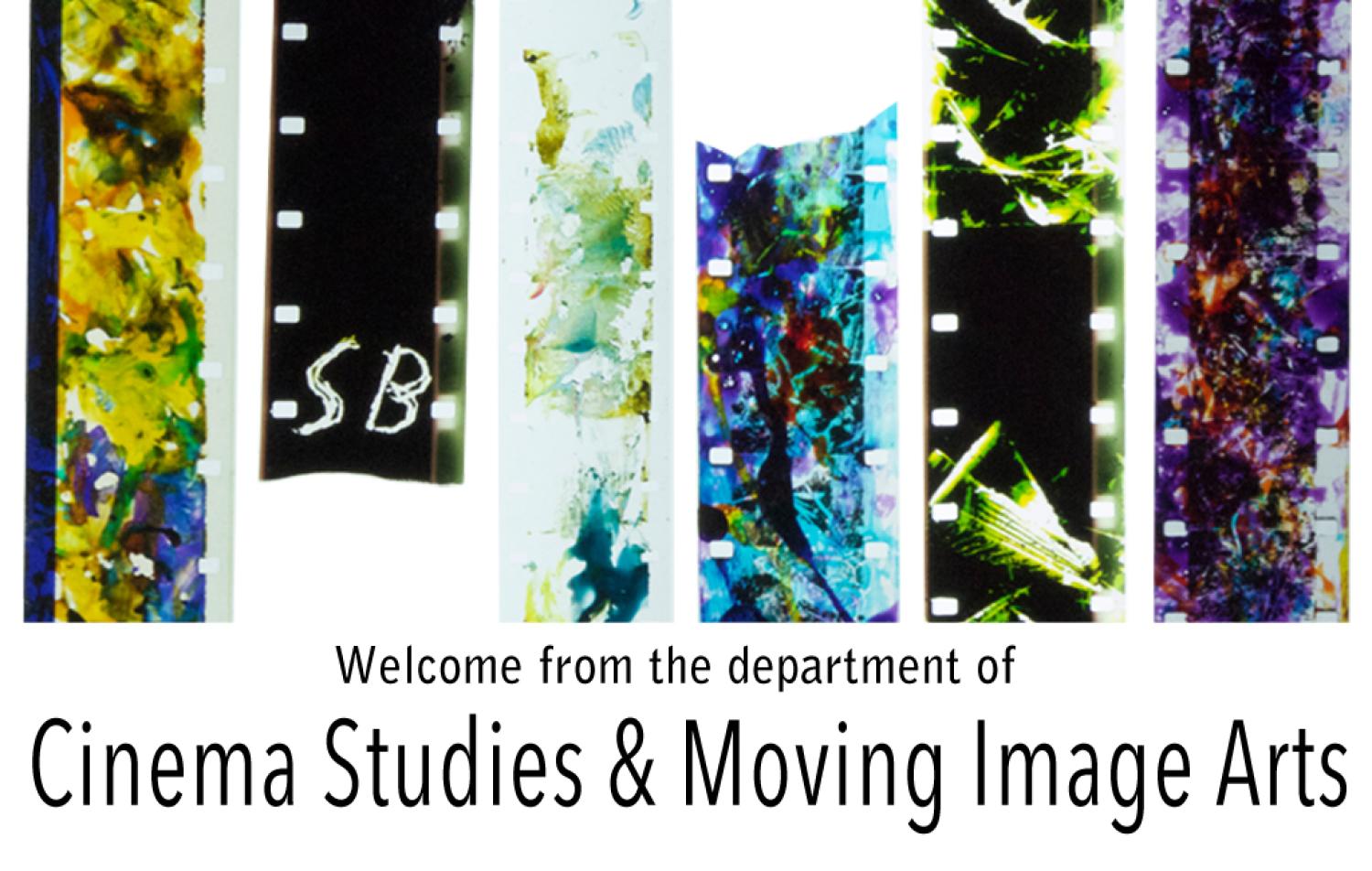 The Department of Cinema Studies & Moving Image Arts (CINE) aspires to integrate the critical, historical and theoretical study of cinema, media and the visual arts, with artistic and commercial practices. Our Department offers the academic degrees BA, and BA/MA in critical film studies, and BA, BFA, and MFA degrees in film and video arts. All of our students in the critical and production tracks complete a number of critical studies requirements including cinema history, film analysis, film theory, genres, documentary practices, directors, national and regional cinemas, and other history and theory classes. These courses are all integrated with filmmaking and critical studies majors sharing their different expertise to make for a more engaging, deeper understanding of the subject of our studies.

We sincerely believe that it makes for better artists to know and understand the history, aesthetics and the major shifts in the development of their medium. Recent course offerings include “Contemporary Asian Cinemas” “American Horror Film,” “Environmental Cinema,” “The Hollywood Musical,” and “Contemporary American Film” Naturally, we offer a vast array of courses in film and video production, screenwriting, producing, acting and directing, and animation all with digital and analog options. We own exclusive state-of-the-art and perennial systems including the latest editing software (including Adobe Premiere, AVID Media Composer, and DaVinci Resolve), a greenscreen, Super 8, 16mm, and 35mm cameras, a dark room, and a RED Digital Cinema Camera.

Alumni of our diverse programs of study have realized career opportunities in organizations such as the Sundance Institute, Tribeca Film Festival, Indiewire, Box Office Media, the Denver Museum of Art, the Denver Film Society, Fox 31 Denver, NBC Chanel 9 Denver, and The Hollywood Reporter. They’ve contributed to educational systems like the Denver School District, the University of Colorado, Virginia Commonwealth University, Western State Mountain College, Adams State College, the University of Chicago, Colorado State University, and others. They have earned screen credit in many network, cable television, and media venues like NBC-Universal, National Geographic, HBO, AMC, TLC, Hulu, and Nintendo; in hit shows like The People vs. OJ Simpson, Stan vs. Evil, Glee, American Horror Story, Mad Men, South Park, Weeds and Blind Spot. And in many hit commercial and art-house movies like Madagascar, Easy A, I Love You Man, X Men, I’m Not There, The Cove, Blue Valentine, The Place Beyond the Pines, The Hobbit, Guardians of the Galaxy, The Boxtrolls, Gone Girl, Pirates of the Caribbean, Life of Pi, Silver Linings Playbook, Zero Dark Thirty, American Hustle, The Hateful Eight, Whisky Tango Foxtrot, The Jungle Book, The Fate of the Furious, Lady Bird, Ant-Man and the Wasp, Venom, Battle of the Sexes, a Wrinkle in Time, LA LA Land, The Predator, Mid 90s, and On the Basis of Sex. Yet others have successfully pursued MA, MFA, JD, MD, and PhD degrees from Harvard, Yale, Columbia, Duke, NYU, UCLA, USC, Northwestern, University of Iowa, Indiana University, University of Kansas, University of Miami, University of London and many others.

If you have further questions about the Cinema Studies major and options at the CU-Boulder, please contact me directly at Acevedoe@Colorado.edu or to filmstudies@colorado.edu.