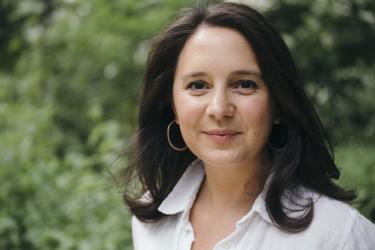 In recent months, social coercion has become a more effective means of restricting political speech than legal coercion. Opinions that were once common are now anathema, and campaigns to de-platform or even “cancel” proponents of these opinions are increasingly frequent. These attempts at "cancellation" are not merely fair-minded criticism. Rather, they involve efforts to punish those with heterodox views by banishing them from social media, pressuring their employers to fire them, harassing them in public, or threatening their families. These new methods of social coercion have curtailed the range political views that can be expressed publicly without fear of social sanction.

This lecture considers the implications of the new cancel culture, the norms it imposes on thought and expression, and the conformism it attempts to compel.

Bari Weiss is a journalist and the author of How to Fight Anti-Semitism, which won a 2019 National Jewish Book Award and a Natan Notable Book Award.

From 2017 to 2020, Weiss was an opinion writer and editor at The New York Times. Ms. Weiss recently resigned from the New York Times editorial board. Read her resignation letter here: https://www.bariweiss.com/resignation-letter.

Before that, she was an op-ed and book review editor at The Wall Street Journal and a senior editor at Tablet Magazine.

Weiss is also the winner of the Reason Foundation’s 2018 Bastiat Prize, which honors writing that “best demonstrates the importance of freedom with originality, wit, and eloquence.” In 2019, Vanity Fair called Weiss the Times's "star opinion writer" and The Jerusalem Post named Bari the seventh most influential Jew in the world.

United Nations Watch recently  honored Ms. Weiss for her moral courage and eloquence in defending the principles of democracy and in combating anti-semitism.