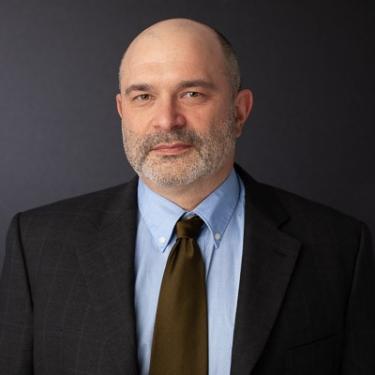 The Benson Center promotes study of the intellectual, artistic and political traditions that characterize Western civilization. Central to this mission is our commitment to fostering dialogue about fundamental values and controversial questions. The Center provides a forum for free inquiry and open debate, and it promotes academic freedom and intellectual diversity on campus in a time of increasing political polarization and homogeneity.

The Center supports research that explores the ideas emerging from historically Western traditions and traces their continued influence. It focuses particularly on their role in establishing the foundational ideals and institutions of the United States. The Center promotes balanced discourse that engages both liberal and conservative viewpoints, in order to maintain a wide range of political, economic and philosophical perspectives at CU Boulder.

The Center is committed to intellectual rigor and the highest academic standards. It seeks to provide a premier academic venue for the study of our nation's political and cultural traditions. Its focus on the values of political and economic freedom, moral and legal equality, and individual liberty offers students, scholars, and residents of Colorado the opportunity to study ideals that have shaped fundamental aspects of the American intellectual heritage.

The Benson Center believes that the purpose of a university is the pursuit of truth, wherever it may lead. This pursuit requires that reasonable people of good will be able to make arguments in good faith, even if those arguments are wrong, unpopular, or not in keeping with the political or moral views of others at the university. Our mission requires that we display the utmost toleration for the views of scholars whom we invite to participate in the Center’s academic life.

To its great credit, the University of Colorado’s guiding principles include a commitment to intellectual and political diversity. The Benson Center supports faculty projects promoting the study of Western Civilization from various perspectives. In addition, partly through its Visiting Scholar in Conservative Thought and Policy, the Center aims to increase intellectual and political diversity at CU. Our mission is to promote a civil exchange of views on controversial topics. We believe that the quality and tone of moral and political debate is improved by careful study of opposing viewpoints. John Stuart Mill put this point eloquently: “Only through diversity of opinion is there [...] a chance of fair play to all sides of the truth."

This year we will be sponsoring a virtual speaker series titled “The Canceled,” which explores the social (as opposed to legal) coercion of unpopular opinion, especially in academia and the media. These speakers have a wide range of opinions and will frequently disagree with one another. We welcome the campus community to engage in what we hope will be lively but civil and reasoned debate.

In the words of Keith Whittington, author of Speak Freely and William Nelson Cromwell Professor of Politics at Princeton University: "If we are to take seriously the injunction that a more diverse academic community is a benefit because, in part, it adds to the diversity of perspectives that are voiced in class and creates a better learning environment, then we cannot expect a diversity of people and experiences to mingle on a campus without jarring, sometimes heated, and sometimes deep disagreements.”

Fundamental to the Center's mission is to bring a diversity of voices into the University by sponsoring annual fellowships for scholars from other institutions, as well as some from CU. At the heart of its mission, the center will encourage collaborative relationships with the many CU Boulder scholars who are leading figures in their fields. The center will stimulate conversation and debate over how conservative and liberal ideologies have impacted Western traditions across a wide range of topics--science, economics, history, literature, the arts, philosophy, law, and politics--in their various ancient, medieval and modern forms.

The center organizes an annual series of Dialogues that bring to Boulder scholars who are at the forefront of teaching and research on issues that animate contemporary debates in politics and culture. We seek to understand the values that underlie these debates and where these values come from. Through discussing these issues among a diverse group of scholars, we seek to understand the debates that run through various spheres of American society, and how conversation can yield a shared understanding of the issues that confront us.

We also fund proposals from members of the CU community that seek to promote the study of Western civilization in any of its aspects. See the Grants page for more information.