Hayden W. Ausland: On the Classical Idea of Political Community, as Set Forth by Aristotle and Cicero

Sept. 15, 2020. NEW DATE Online only, Free and open to the public. No registration necessary. Live discussion follows each event. 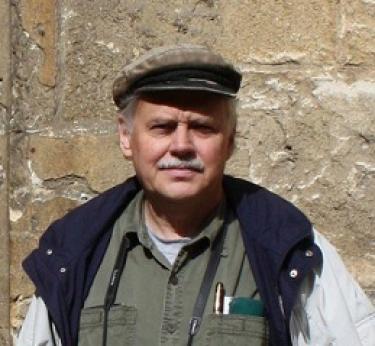 Join the replay presentation at 6 p.m.

What we call politics originated in the practice of the ancient Greeks, whose thinkers subjected it to a philosophical analysis. Life in the Greek city (polis) was highly competitive, and theoretical proposals naturally sought to address an endemic factionalism. Roman practice and thought in significant ways developed the Greek precedent, and their combination - with some further modifications due to Christianity - eventually produced such modern forms as the American Republic. Questions about the nature and viability of community more generally are coeval with this tradition, and elements of the answers are most fruitfully viewed in its light.

Hayden Ausland received his education at the Universities of California (Berkeley) and Göttingen and at Saint John's College (Santa Fe). He retired in 2019 after teaching classics for more than thirty years, chiefly at the University of Montana. His research area remains ancient philosophy, more particularly the philosophy of Plato.

About the Community or Disunity? Series

The Benson Center promotes critical reflection on the distinctive traditions and political perspectives that characterize Western civilization. It encourages residents of Colorado and the United States to more fully understand and appreciate their past, their future and a free and creative American society within an international environment.

The series invites speakers, students, faculty, and community members to reﬂect upon questions related to the communities that we build and the challenges that may contribute to their disintegration. The fall speakers approach these topics from different perspectives, beginning with the original notion of political community as explained by classical thinkers, continuing with America and its unique and diverse founding, and concluding with the role of liberal education in sustaining and enriching our communities.

Upcoming virtual lectures in this series include:

No registration necessary. All lectures are free, open to the public, and begin at 6 p.m.