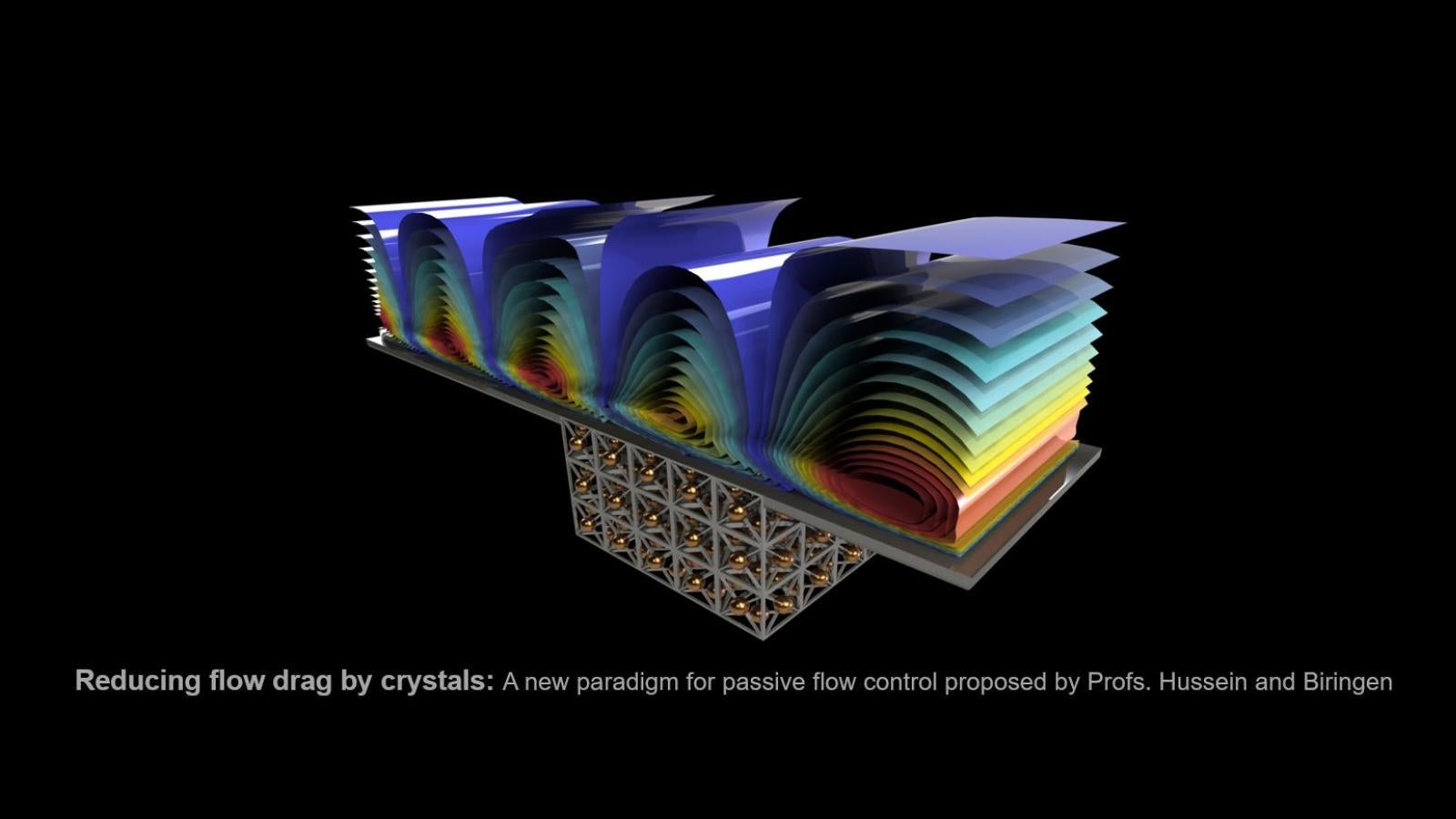 Profs. Hussein and Biringen established a new paradigm for passive flow stabilization to delay laminar-to-turbulent transition and reduce skin-friction drag. Their concept is based on extending the phenomenon of wave destructive interferences–traditionally observed only in solids–to the flow field. This novel approach is realized by interfacing the flow with an enlarged and carefully tuned crystal, also known as a phononic material. [Project funded by NSF] 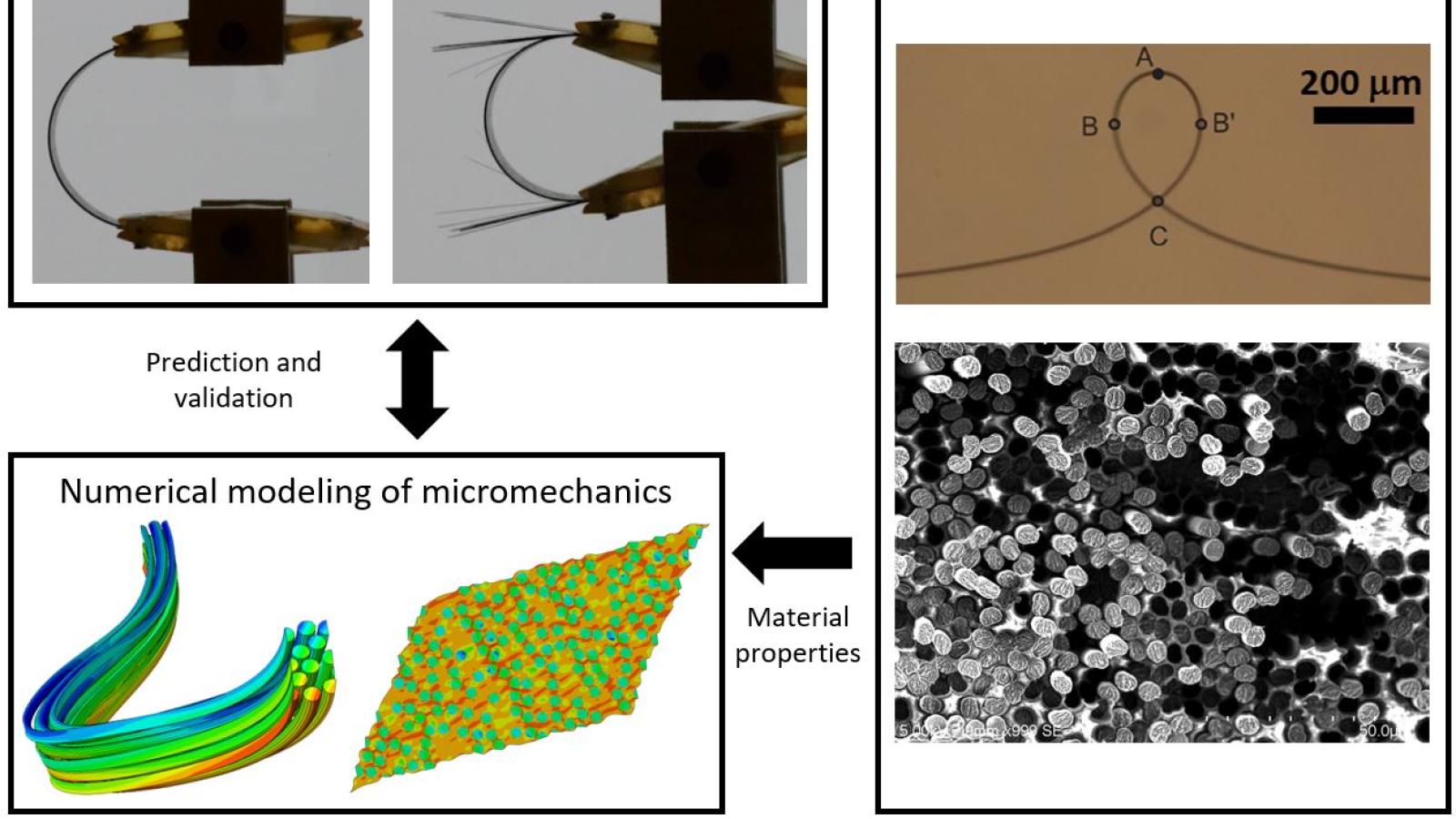 A collaboration between Prof. López Jiménez and Roccor, funded by the AFRL, combines experiments and analysis to predict the failure properties of high strain composites, with application to deployable space structures. 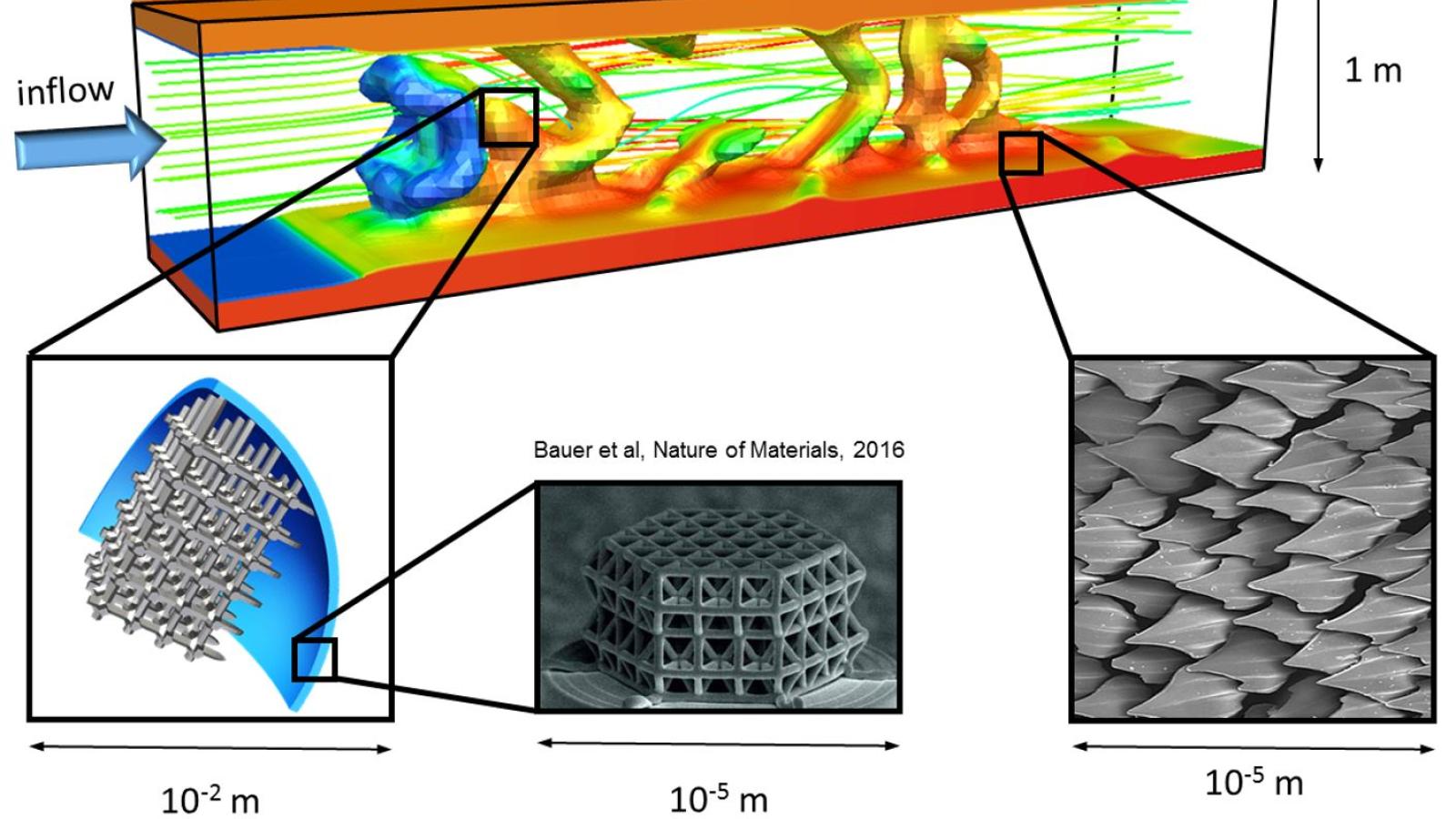 A DARPA funded grant lead by Profs. Maute, Doosan, and Evans focuses on the development of scalable algorithms for design optimization of multi-physics systems across multiple length scales and in the presence of uncertainty. 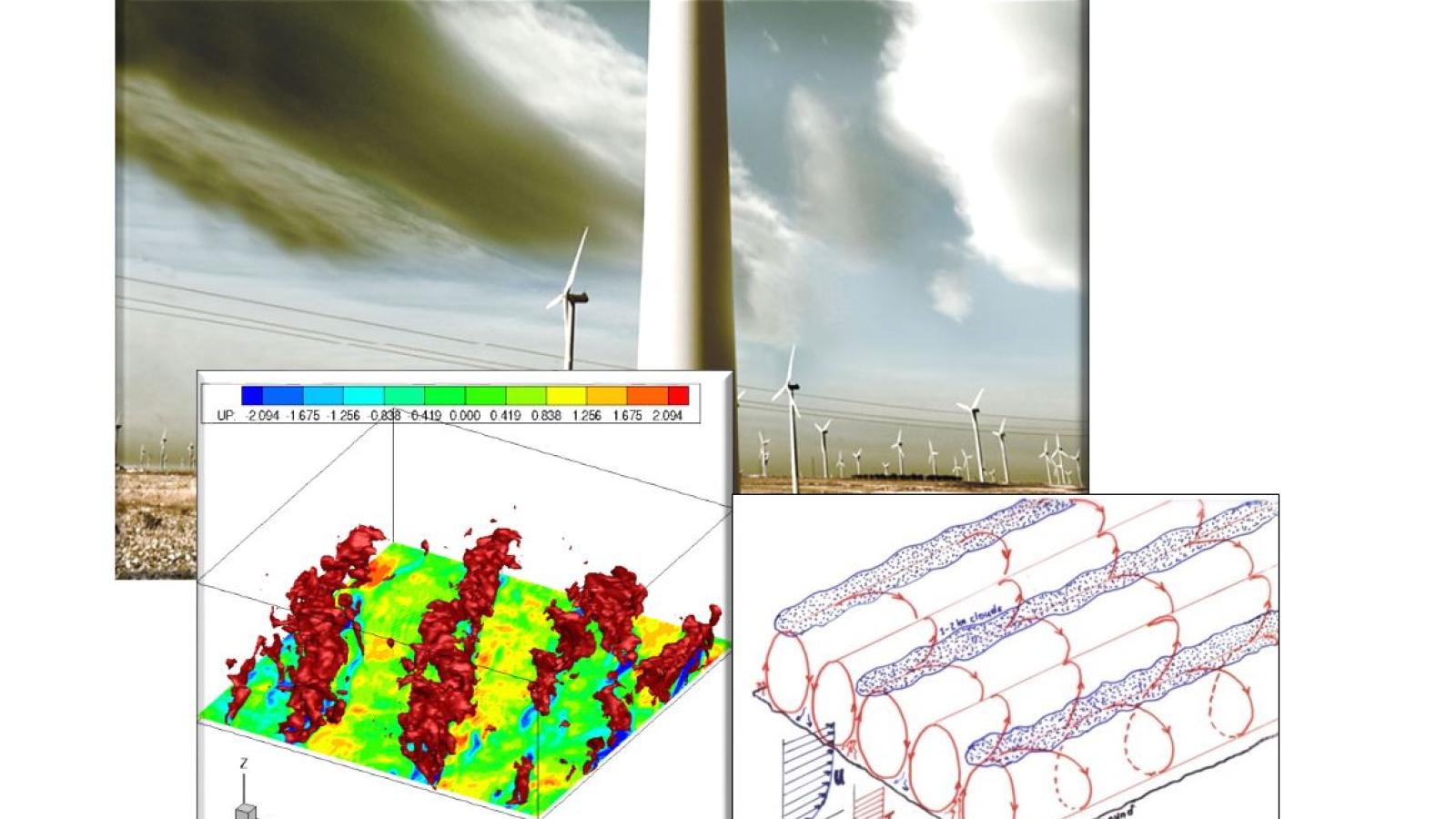 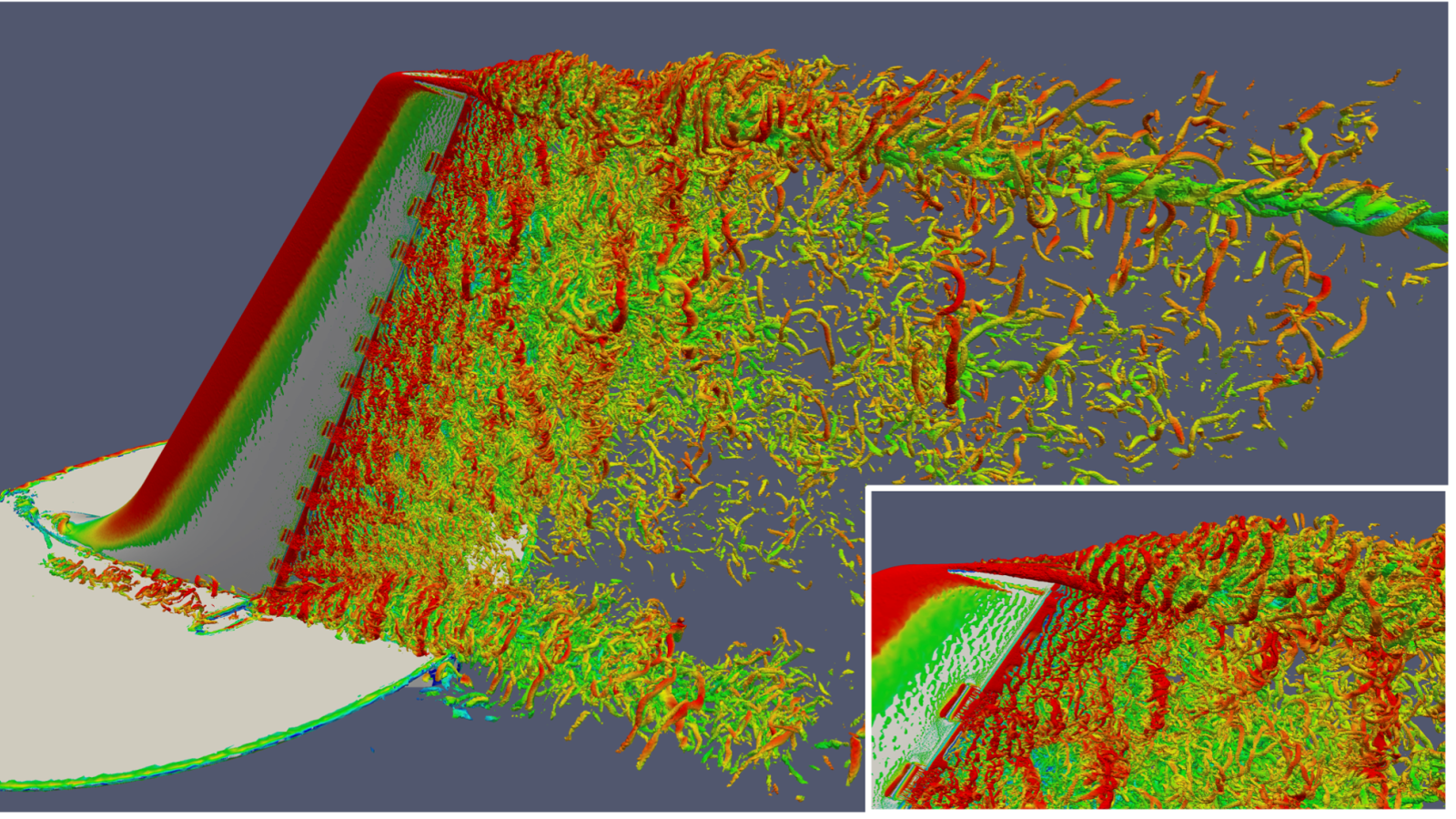 An NSF funded grant lead by Profs. Jansen and Evans and supported by Boeing Senior Fellow Dr. Spalart focuses on the development of improved prediction technologies for separated turbulent flows by leveraging advances in data science and machine learning and a spectrum of modeling and simulation paradigms spanning RANS, DES, LES, and DNS. 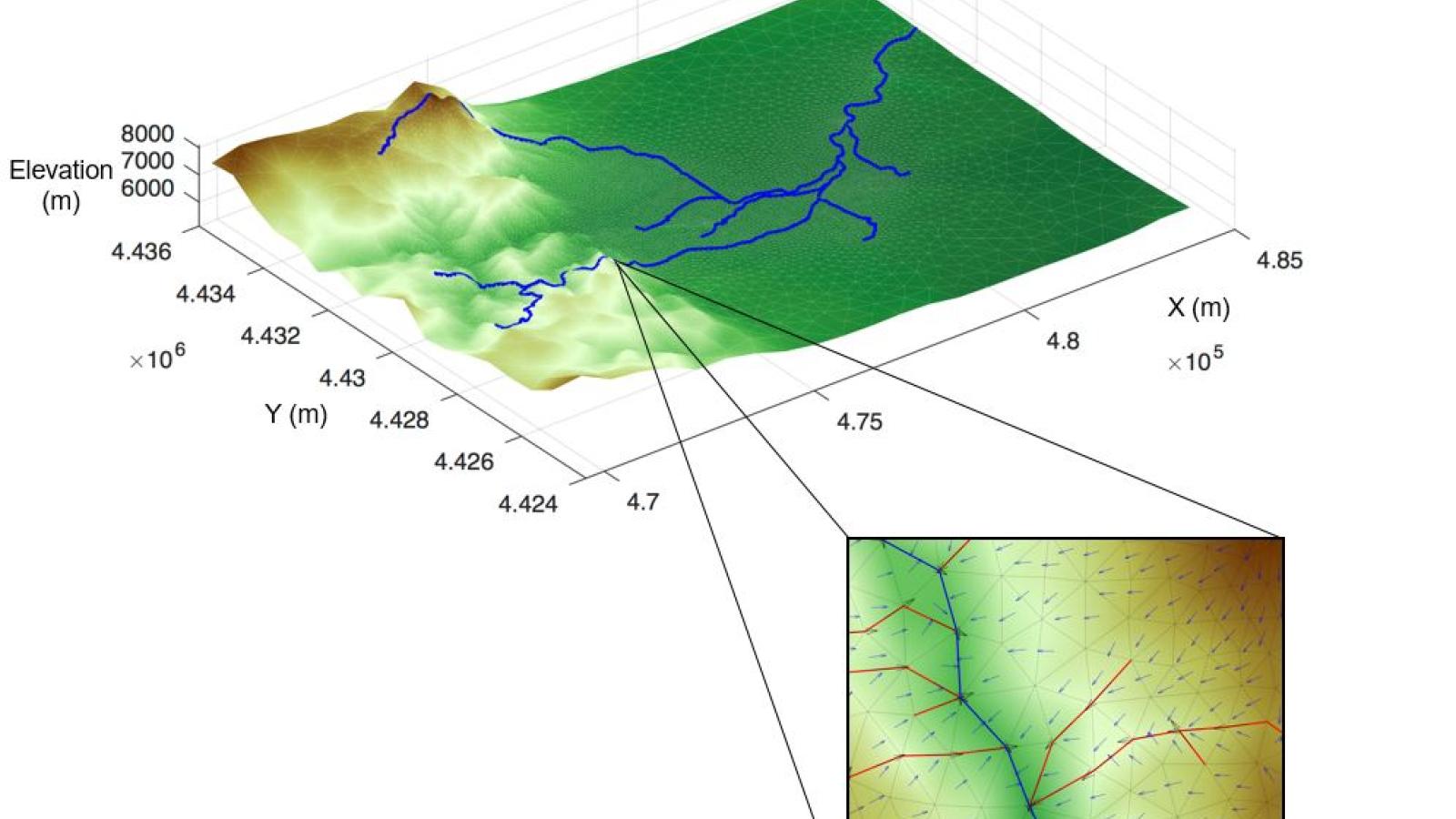 From Geospatial Data Sources to Simulation of Catastrophic Flooding Events

A University of Colorado Boulder funded grant lead by Prof. Evans and supported by Prof. Farmer of the Department Geography focuses on the development of algorithms for the automated generation of geophysical fluid dynamics models from incomplete, noisy, and disparate geospatial data sources. 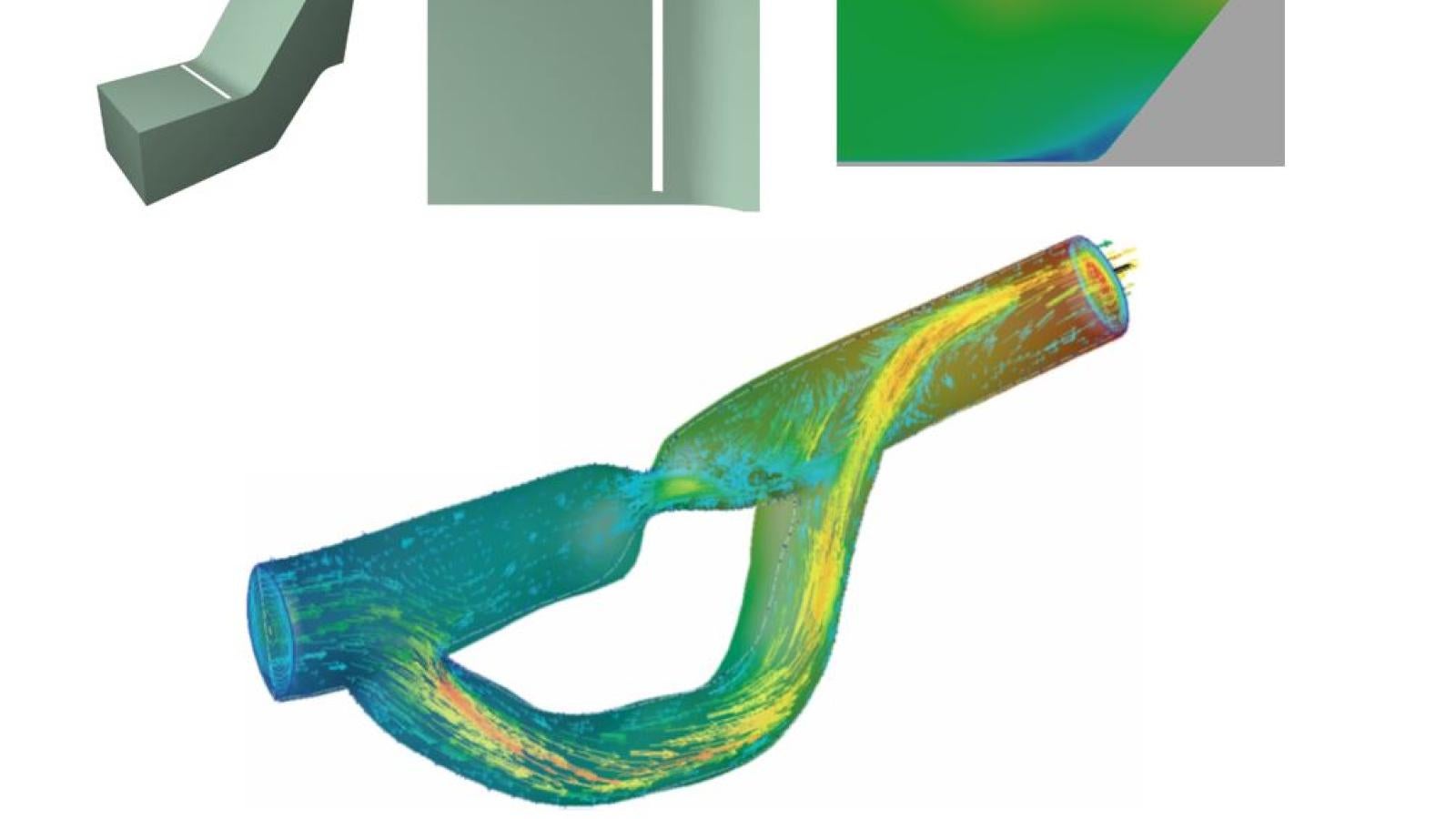 An NSF funded grant lead by Profs. Jansen, Doostan, Evans, and Maute focuses on the creation of software tools to enable immersive simulation, a new simulation paradigm which allows analysts to not only visualize system response but also interact with their system and modify boundary conditions, material, and geometry parameters during an ongoing massively parallel simulation.

One of four centers within the Department of Aerospace Engineering Sciences, the Aerospace Mechanics Research Center (AMReC) is concerned with the analysis and design of complex high-performance materials, structures and systems, predominantly for aeronautical and space applications. This includes the development of innovative computational analysis and design techniques as well as the application of these techniques and methods to novel, exciting aerospace problems.