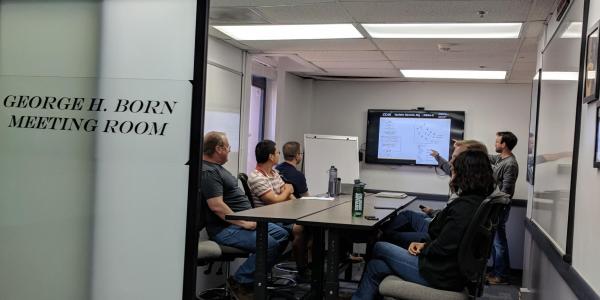 The Born Family has made a generous gift donation, in the name of Professor George H. Born, to continue his commitment to students. George truly embodied the role of a mentor providing countless hours advising, encouraging, nurturing, and advocating for student success. He wished that The Born Family make a donation to help graduate students in CCAR because he knew that graduate school is tough and funding graduate school is even tougher. George's road was not easy, from being raised on a cotton farm in south Texas with eight siblings, to starting CCAR and making it a world-class center that students are proud to be associated. With this fund, his dedication to the future of CCAR students continues.

In recognition of The Born Family’s generous contribution, the College and University agree to move the George H. Born Meeting Room from the current Engineering Center to the fourth floor of the new Aerospace Engineering Sciences (AES) Building.  The College and University also agree to display "The Born Family" on the AES gallery donor wall, and will ensure the name George H. Born Meeting Room appears on all websites, letterheads and other formal communications or promotional materials wherein the Named Space is referenced.

Currently, CCAR is forming a committee to determine the best method to distribute the funds to the graduate students. 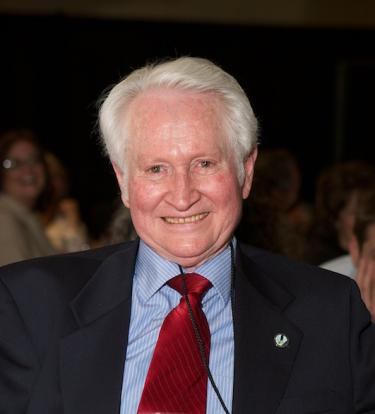 George Henry Born crossed over on January 21, 2016, at Tru Hospice from bronchiolitis obliterans and congestive heart failure. He was 76 years old. He was born in a farm house in Westhoff, Texas, on November 10, 1939. His parents were Lydia Olga (Schulle) and Henry Born; he was born the 8th of nine children. After age four, he was raised on various farms in Jackson County, Texas. George graduated as valedictorian of his class from Industrial High School in Vanderbilt, Texas, in 1957. His freshman year, h 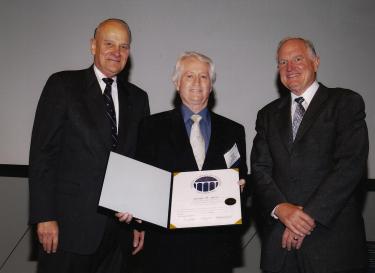 e attended Texas Lutheran College in Seguin, Texas. He then transferred to the University of Texas, Austin, where he completed his Bachelor’s Degree in Aerospace Engineering in 1962.

He then was employed at Chance-Vought Corporation in Dallas for two years. In July 1963, he married Joy Evelyn Judd of Edna, Texas. They had one son, Brett Douglas, who was born on August 15, 1969. They divorced in 1991. George returned to the University of Texas in the fall of 1963 and completed the degree of Doctor of Philosophy in Aerospace Engineering in 1968. He then spent two years as an engineer at the Manned Spacecraft Center in Houston working on the Apollo Program.

His next job was at the Jet Propulsion Laboratory in Pasadena, California. While there he worked on the Mariner 9 Project, the Viking Missions to Mars, the Seasat Project, and various inter-planetary missions. This was an exciting time in space exploration. Mariner 9 was the first spacecraft to orbit another planet and the Viking Missions safely landed two spacecrafts on the surface of Mars. He served as Geophysical Evaluation Manager for the Seasat Project which flew the first suite of ocean-observing microwave sensors. During this time, he also served as supervisor of the Precision Orbit Determination Group which was responsible for navigating earth and inter-planetary missions. George was instrumental in the design and implementation of the TOPEX/ Poseidon oceanographic mission. This was a joint project between NASA and the French space agency, CNES. During this time, George won seven NASA awards for his technical and managerial contributions. 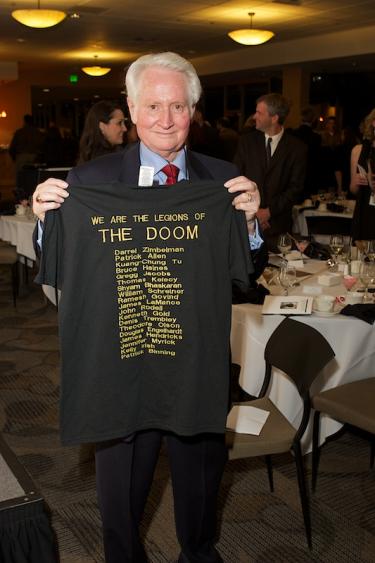 e University of Texas at Austin as a senior research scientist at the Center for Space Research. Here he was engaged in teaching and research. In 1985, he accepted a position as professor of Aerospace Engineering Sciences at the University of Colorado Boulder. He then founded the Colorado Center for Astrodynamics Research (CCAR) at the University. This was the first research center established in the College of Engineering and Applied Sciences. This center became internationally known for its contributions to spacecraft guidance, control, and navigation; and remote sensing of the oceans and atmosphere with radars and lidars.

George taught graduate courses in statistical orbit determination, orbital mechanics, and inter-planetary mission design. He formed close and lasting relationships with many of his graduate students. During his career, he served as PhD advisor to 39 students. He published well over a hundred peer-reviewed papers as well as a textbook on statistical orbit determination.

On March 21, 1992, George married Carol Ann Leslie of Boulder, Colorado. She was instrumental in all of his achievements thereafter. She accompanied him on many of his business trips and was always supportive of his career. George was grateful to Carol for her support and encouragement for all of his graduate students.

George had continued working on the TOPEX/Poseidon mission which launched in August 1992 and continued monitoring the earth’s oceans for thirteen years. Many of his graduate students’ dissertations were based on analysis of data from this mission. He was active in the design of inter-planetary missions. He was inducted as a Fellow of the American Institute of Aeronautics and Astronautics and of the American Astronautical Society. In 2004, George was inducted into the National Academy of Engineering for contributions to satellite geodesy and oceanography. In 2015, George was named a Distinguished Professor at the University of Colorado. George continued working until a couple days before his death.

George was an avid skier and had season tickets for the CU football team since 1985. Go Buffs! George and Carol enjoyed taking cruises and visiting England and France. He enjoyed reading and gardening. He was proud of his son, Brett, and loved him very much. George and Carol treasured their visits with Brett and his wife, Maria, who live in Los Angeles. He was devoted to his wonderful wife, Carol. Their dog, Jem, was with George when he died and had given George a lot of love and happiness.

Contributions may be made to the George H. Born Honorary Scholarship Fund in care of the University of Colorado Foundation.