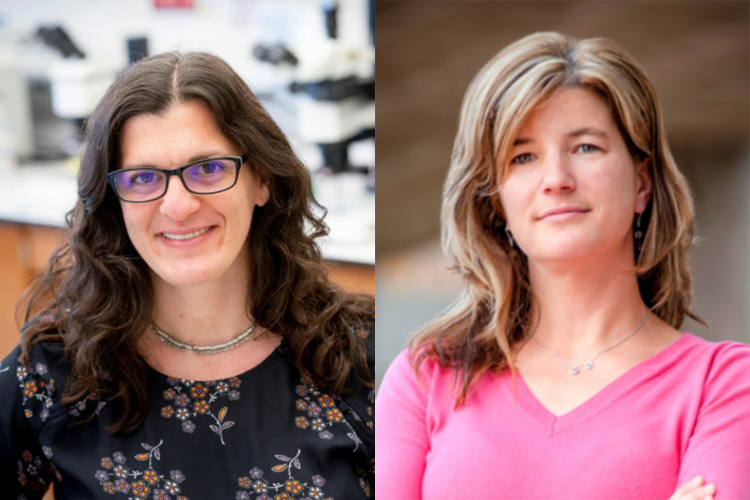 Professors Sarah Calve and Virginia Ferguson have received a nearly $400,000 National Science Foundation (NSF) grant to study the mechanisms that lead to tissue degradation in microgravity—by sending mice on a spaceflight.

Calve and Ferguson's project, titled 'Quantifying the Effect of Unloading on Extracellular Matrix Remodeling in the Musculoskeletal System,' will look at the bone loss, muscle atrophy and degradation of soft tissues while housed on the International Space Station (ISS). While there are exercises and countermeasures to reduce that deterioration on Earth and in spaceflight, they point out that those measures are not always enough.

Studies in the past have focused on the molecular and cellular mechanisms that underlie atrophy and recovery. Calve and Ferguson will study the extracellular matrix (ECM) instead, which is where cells reside. The ECM is a complex network that varies in composition depending on the mechanical and functional demands.

Their goal is to understand how microgravity compromises tissue function by fundamentally changing the ECM. Calve and Ferguson's proposal explains that "changes to the ECM can permanently alter tissue material properties, prevent resident cells from re-establishing homeostasis and affect functionality."

Calve and Ferguson will focus on changes in ECM proteins in response to microgravity by studying the reentry, landing and transport of mice from the ISS.

The NSF and the Center for the Advancement of Science in Space (CASIS) awarded grants to three tissue engineering projects in all—to leverage the ISS U.S. National Laboratory to advance fundamental science and biomedical engineering to help patients on Earth.

CASIS, manager of the ISS National Lab, will facilitate hardware implementation and astronaut crew time to support the investigations on the orbiting laboratory.