Theodore Dru Alison “Theo” Cockerell was one of the early 20th-century’s best-known entomologists. Widely considered the foremost expert on bees, he was a prolific writer and researcher, and professor at the University of Colorado Boulder, where he co-founded the Museum of Natural History.

He was crucial to introducing Charles Darwin’s theories of evolution to the United States, was known as a supporter of women’s rights, and collected nearly all of the museum’s specimens from the Florissant fossil beds in southern Colorado.

“His many contributions to this campus in both science and the art of teaching are commemorated by the name of a men’s dormitory, Cockerell Hall,” notes a brief biography archived on the museum website.

He was also, as CU Boulder Sociology undergraduate Ciara O’Neil wrote in a recent paper, Environmental Justice: Environmental Racism and Science, drawn to the American eugenics’ movement and a member of the national Eugenics Committee who gave lectures on the topic. For her research, she examined a box of Cockerell’s documents held in the CU Rare and Distinctive Collections at Norlin Library. 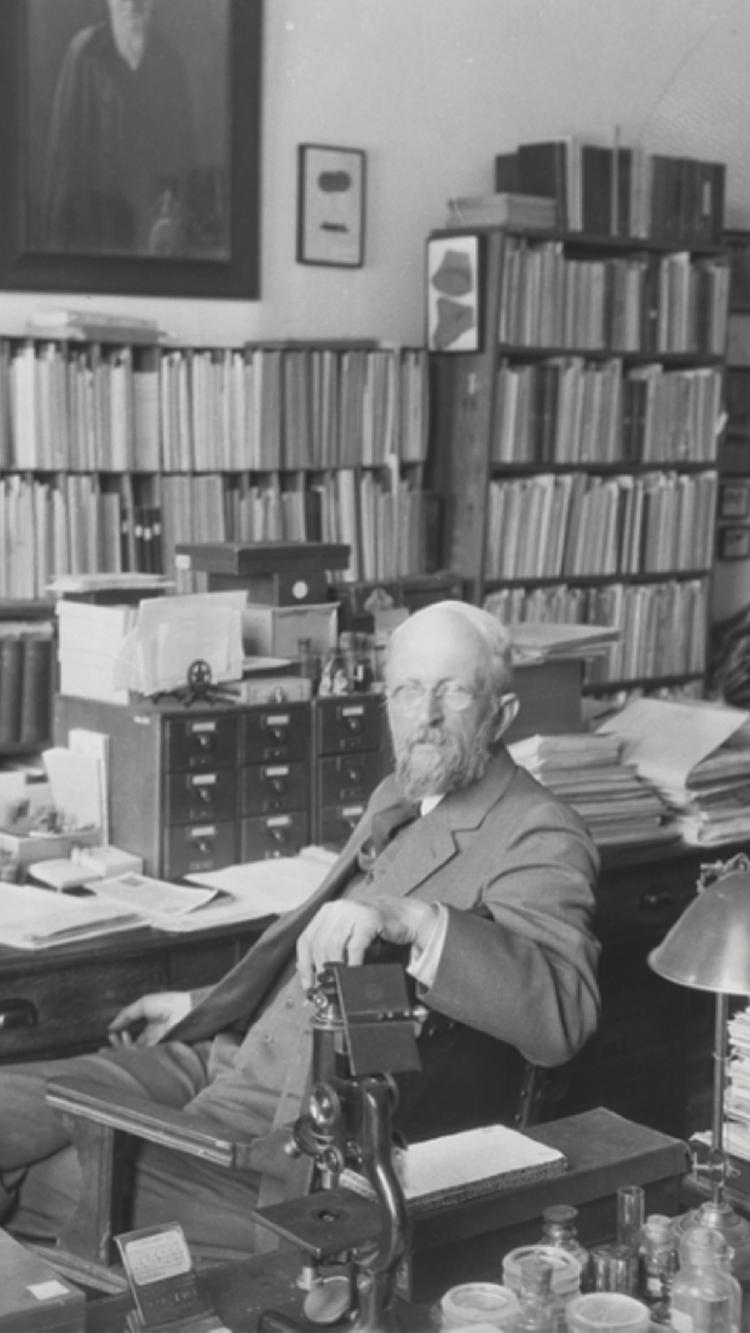 T.D.A. Cockerell in his study at the University of Colorado, Boulder.

“Going into it, I was expecting it to be easier than it was,” O’Neil says of her archival research. “But I had never done this before, and there were lots and lots of documents to sift through.”

The term eugenics was coined by Darwin’s cousin Francis Galton in 1883 to describe the practice of using genetics to “improve” the human population by discouraging or preventing “unfit” people from procreating and encouraging “fit” people to have more children.

In practice, eugenics was often racist or targeted vulnerable groups. The architects of Nazi Germany cited eugenics to justify some of the horrors of the Holocaust, and countless thousands of “unfit” Americans were forcibly sterilized, all under the banner of “progress.”

“The overall framing of eugenics was a core part of the early environmental movement,” particularly ideas about overpopulation, says Denise Fernandes, a PhD candidate in environmental studies and O’Neil’s instructor in the writing and rhetoric program.

“Cockerell was teaching within the larger eugenics movement in the U.S.”

It’s not clear from lecture notes, a letter from the Eugenics Committee and other documents examined by O’Neil that Cockerell directly advocated for the movement, but they reveal a sympathy toward many its tenets, sometimes in language considered offensive by many today. Additionally, the records of the American Eugenics Society, which are preserved in the American Philosophical Library in Philadelphia, has a box of documents related to Cockerell. O’Neil could not travel to examine them, however.

“He may have had misgivings. But based on lecture notes we found, he was promoting eugenics, saying it wasn’t a new idea and comparing it to different vaccines, saying ‘we want to promote well-being and health,’” O’Neil says.

“The word Eugenics (sic), proposed by Francis Galton of England, is used to designate the science and art of human breeding, whereby it is supposed that the race may be improved, or prevented from deteriorating,” he wrote in hand-written lecture notes transcribed by O’Neil. “This idea arouses strong prejudice in the minds of many people, because they associate it with animal (and plant) breeding, in which practical ends are sought without reference to the desires of the animals themselves.”

“Sexual selection must be considered an important eugenic force. It has been objected that sexual selection is of small avail in men, because there is nothing to prevent the marriage of all grades of inferior people,” he wrote. “This is not a valid objection, since the union of good qualities conserves them, and in this way the race is provided with a larger number of highly efficient persons, who become very valuable even to the less efficient when engaged in socialized work.”

“Indeed, those of us who are most prejudiced against ‘eugenics’ would nevertheless consider it exceedingly reprehensible to marry without any regard to the ability of the parents to take care of their offspring,” Cockerell wrote. “We should, as a matter of course, consider health and income now even sordid financial considerations, in so far as they carry with them ability to make a living, may serve eugenic ends.”

These sections of text also appear in Cockerell’s 1920 textbook, Zoology: A Textbook for Colleges and Universities, which includes a chapter on eugenics. In that chapter, Cockerell suggests that a prudent society would strive to reduce the number of those with inherited “physical or mental defects.”

Based on lecture notes we found, he was promoting eugenics, saying it wasn’t a new idea and comparing it to different vaccines.

“Thus, two persons having a certain type of feeble-mindedness will certainly have only feeble-minded or mentally defective children. It does not appear very radical or extreme to postulate that no one has the right deliberately to bring feeble-minded offspring into the world. To be sure, those doing this are not capable of judging of their actions; but society is capable, and society may well put forth a restraining hand.”

“This kind of thinking is also what led the Nazis picking this up and having an entire world war,” Fernandes says.

For O’Neil, the fact that Cockerell was teaching dangerous ideas a century ago is less relevant today than the fact that she learned nothing about the widespread and powerful American eugenics movement in her education.

“We heard about World War II and the Nazi era, but nothing about this stuff in the U.S. Thirty-some states had sterilization laws that came out of the eugenics movement, but I didn’t learn anything about that,” she says. “I think that shows a big flaw in our education system.”

“People in positions of high power, such as … Cockerell, were able to share their beliefs and the eugenic agenda to malleable minds of eager to learn students,” O’Neil writes in her conclusion. “The U.S. history and role that it played in eugenics is important to recognize and understand in order to take proper action to correct our mistakes and prevent history from repeating itself.”

Fernandes says it’s more important than ever to remember the country’s past, including episodes such as the eugenics movement.

“It’s really relevant for us to reflect on this moment in history, especially with the rise of fascism and the racial rhetoric going on all around the globe and how ideas like ‘eugenics’ have influenced the political, social and cultural processes and disadvantage certain groups more than others,” she says.

“It’s extremely important to bring a historical understanding to such pseudo-scientific ideas.” 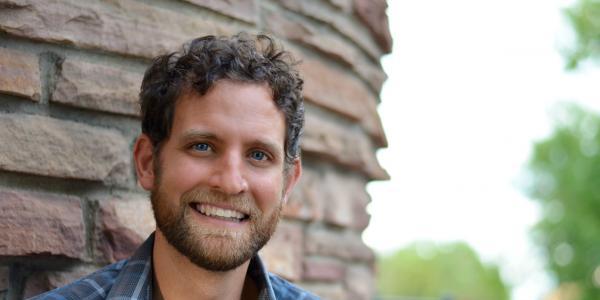 The U.S. decision to leave the Paris climate agreement provided some interesting data for scholars who study trends in the negotiations. One of those researchers is David Ciplet at CU Boulder. END_OF_DOCUMENT_TOKEN_TO_BE_REPLACED 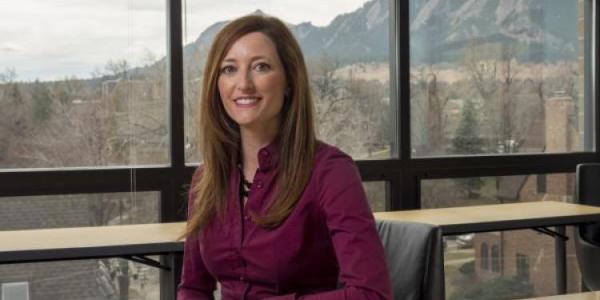 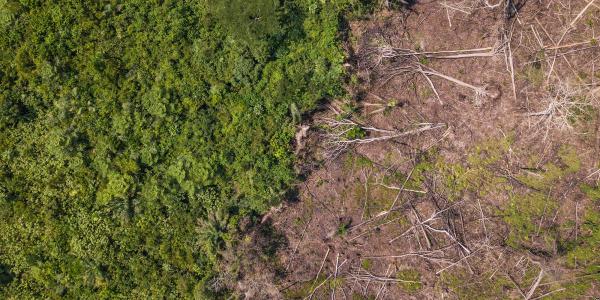 Forests in some regions of the global south and tropics, where governments are poorer, should be prioritized for conservation, the researchers contend. END_OF_DOCUMENT_TOKEN_TO_BE_REPLACED
Tags:
Return to the top of the page