Canton O’Donnell Jr. (Econ ’52) recalls driving his father’s car to a meeting that would alter the direction of his granddaughter’s life more than half a century later.

“I was a 17-year-old kid and scared to death,” says Canton, now 91, who has gone by the nickname “Scally” ever since “some uncle” called him a scalawag when he was very young.

Born in 1930 and reared in Denver, where he still lives, Scally had received a scholarship from the Navy. He just didn’t have anywhere to use it.

Though faced with a host of challenges in his early years—the Great Depression, his father’s deployment to Salt Lake City during World War II, his mother’s death when he was 10—Scally had earned good grades in high school and been accepted into several elite universities, including Yale, Dartmouth and CU Boulder. Problem was, none of those schools had room for him in their NROTC programs.

That’s when, half desperate and wholly determined, he drove to CU to explain his dilemma to the NROTC captain here.

The captain sat his desk, studying Scally’s file, before finally looking up at his anxious yet audacious visitor and saying, “So you want to come here and be a part of our unit?”

There was no question about it. “Yes, sir,” Scally said. 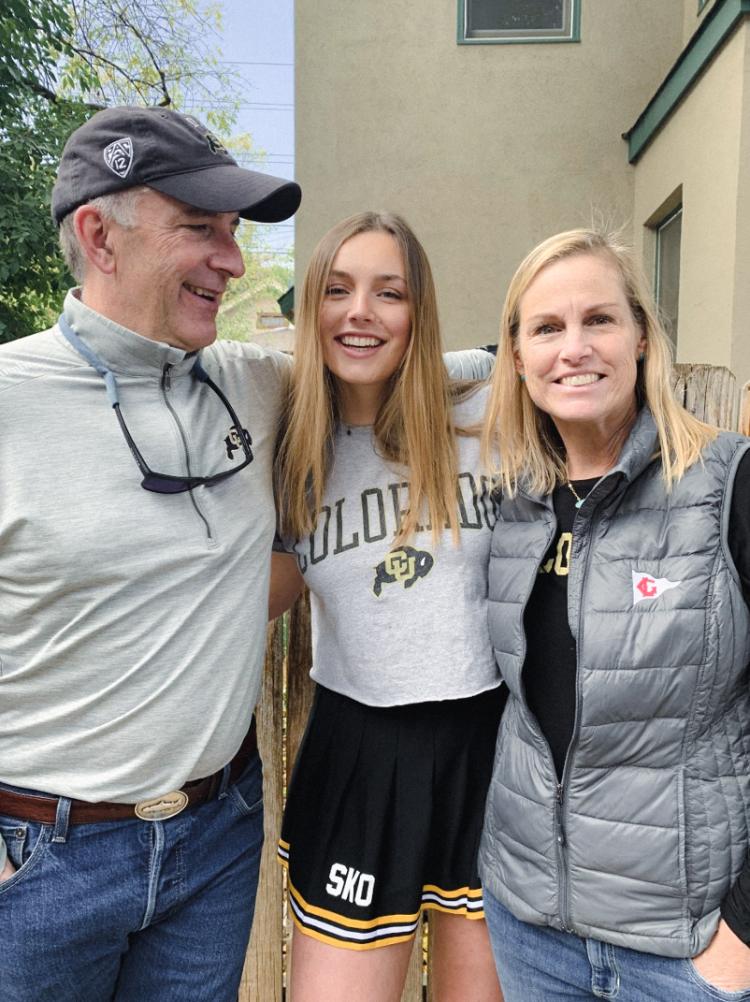 Thus began the O’Donnell family’s CU Boulder story—with a touch of nerve and a dash of good luck.

John O’Donnell (Econ ’86), Scally’s son, also born and raised in Denver, began his chapter of the story at the University of Puget Sound in Tacoma, Washington, despite having grown up going to CU football games at Folsom Field with his father.

It didn’t take long for him to realize he’d made the wrong decision. Puget Sound “was just too small,” John says, “and I didn’t like the weather. It really wasn’t satisfying the college experience for me.”

Things changed when he transferred to Boulder. “Immediately, I knew it was the right fit,” he says. He enjoyed the wide range of course options, the access to ski slopes, the athletics (he competed in club lacrosse), the people, one of whom, Mary Jo Lane (Commercial Recreation ’86), he would later marry.

And he enjoyed the football games. One in particular still burns bright in his memory: CU vs. Oklahoma, Nov. 15, 1986. Because a Buffs victory would ensure the team a spot in the Orange Bowl, John remembers, many students attended the cold game at Folsom with oranges in hand.

But alas, the talismans failed, and the Sooners won 28-0. “They crushed us,” says John. “Crushed our dreams.”

When Oklahoma’s Brian “The Boz” Bosworth, who would go on to play two seasons in the NFL, came over to the crowd to gloat, John says, the Buffs’ fans weren’t having it. “Fifteen thousand frozen oranges came flying down” upon the linebacker from the stands.

The Boz emerged from the citrus blitz unscathed, John admits with a hint (just a hint) of bitter disappointment, but that didn’t diminish John’s CU spirit. He and Mary Jo, an independent college counselor who may or may not give her clients the occasional nudge toward Boulder, continue to support the Buffs. They belong to an alumni group in Bozeman, Montana, where they moved to raise their three kids after living in Seattle for 12 years, and never miss homecoming.

For Scally, John and Mary Jo, CU has been a constant companion, wherever they go—so constant, in fact, that it is sometimes difficult to determine if CU follows them or they follow CU.

After graduating in 1952, Scally spent a total of 35 months aboard the U.S.S. Seminole serving the U.S. Navy. By this time, he had decided to do away with his nickname, figuring he’d outgrown it. Fate, however, had other plans.

While at an officer’s club in Japan during the Korean War, Scally ran into a fellow Buff. “Hey, Scally!” his old classmate said.

One of Scally’s shipmates heard this and asked, “What did he call you?”

Scally attempted to divert attention away from the moniker, but to no avail. “Four days later,” Scally reminisces, chuckling, “why, everybody (on the ship) was calling me Scally. It stuck.”

John and Mary Jo recently returned from the Semester at Sea Lifelong Learning Program. Over the course of four months, they visited more than a dozen countries—starting in Italy and voyaging throughout the Mediterranean and Europe—and sat in on numerous lectures by university professors.

Among the many things they learned on the trip was how far-reaching the CU network can be. According to John, there were more alumni and students from CU on the journey than there were from any other school, a perk that transformed the ship of strangers into a place of familiarity. “We were quick to bond with one another,” John says. “It was kind of cool.”

My parents would often tell me how grateful they were for their education, and my grandfather would regale me with colorful accounts of his NROTC days.”

A similar sense of familiarity has characterized the CU experience for John and Mary Jo’s youngest child, Elizabeth “Libby” O’Donnell, who is graduating this May with a degree in integrative physiology.

While she was growing up in Bozeman, Libby says, her parents would often tell her how grateful they were for their education, and her grandfather would regale her with colorful accounts of his NROTC days. On top of that, when it came time for her to select a school to attend, Libby had already spent many years touring the campus, attending football games and skiing the nearby slopes. (Libby, John and Scally each have a history of ski racing).

Boulder was for Libby a home away from home, not a “there” but a “here.” She was never pressured into attending CU, she says. There was never any need to pressure her. The place just felt right.

Libby says that attending her parents’ and grandfather’s alma mater brought her closer to them, providing them all with shared experiences. Some of these experiences, she says, could be downright spooky, like when she ended up living in the same residence hall (Farrand) and joining the same sorority (Delta Gamma) as her mother, a coincidence she calls “super weird,” but not in a bad way. “It feels very special to share that bond with my mom.”

Libby, who worked as a nurse aide at Boulder Community Hospital and hopes to become a physician’s associate, notes that her parents and grandparents, her “role models,” have been “huge support systems” while she’s been at CU.

John has been especially impressed with his daughter’s dedication to her studies. “For her to embrace (integrative physiology) and to take all these difficult classes in biology, physics, chemistry, epidemiology, endocrinology” and earn “great grades” is “pretty interesting,” he says, adding, “I don’t know if I was quite that good.”

Scally agrees that his granddaughter has studied hard, but he also points out that she has managed to “achieve a balance between work and play,” a balance he believes is crucial to a good life. Why? Family. “You got to work hard,” he says, but you also have to make time for loved ones.

On May 5, all three O’Donnell generations will once again return to Folsom Field, 70 years after Scally’s graduation. And when Libby dons the cap and gown and strolls across the stage to receive her degree, her parents’ and grandparents’ shouts of praise will surely rain down upon her from the stands, like flying frozen oranges. 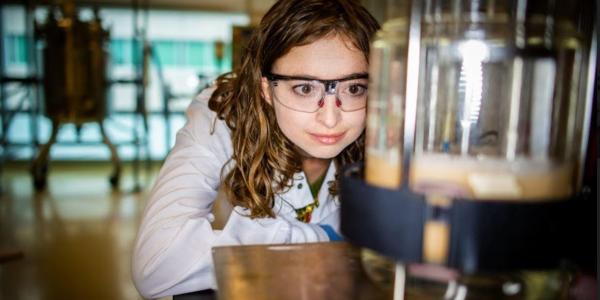 CU Boulder Alum is named one of MIT’s Innovators Under 35 for her work with amino acids. END_OF_DOCUMENT_TOKEN_TO_BE_REPLACED 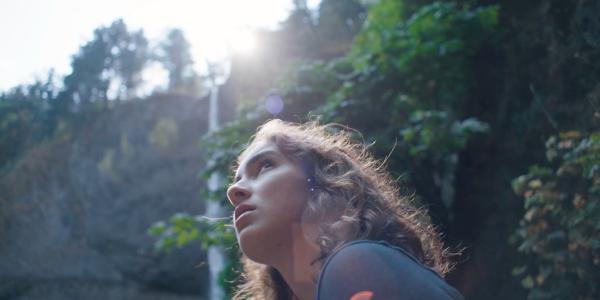 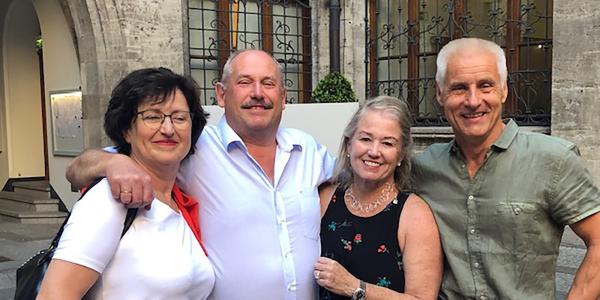