Annual Stand up for Climate Change Comedy event set for April 15 on campus, with professional, other acts premiering on YouTube one week later, on Earth Day

Climate change is no joking matter, but it should be, University of Colorado Boulder professors Beth Osnes and Max Boykoff contend. Humor, they say, could help a sharply divided nation find common ground, yielding less stagnation and more progress.

Osnes, a theatre and dance professor, and Boykoff, an environmental studies professor, teach a course on this topic, called Creative Climate Communications, and their students this semester have helped professional comedians in New York and Los Angeles craft comedy-themed stand-up routines, which the pros will perform on the coasts in coming days, along with “citizen-comedy” acts throughout the country.

CU Boulder students themselves will perform in the Stand up for Climate Change Comedy event on April 15 at 7:30 p.m. in the Old Main Chapel on campus. The event, which is free and open to the public, will feature live performances of student comedy performances, sketches, songs and winning entries from an international climate-comedy video competition. 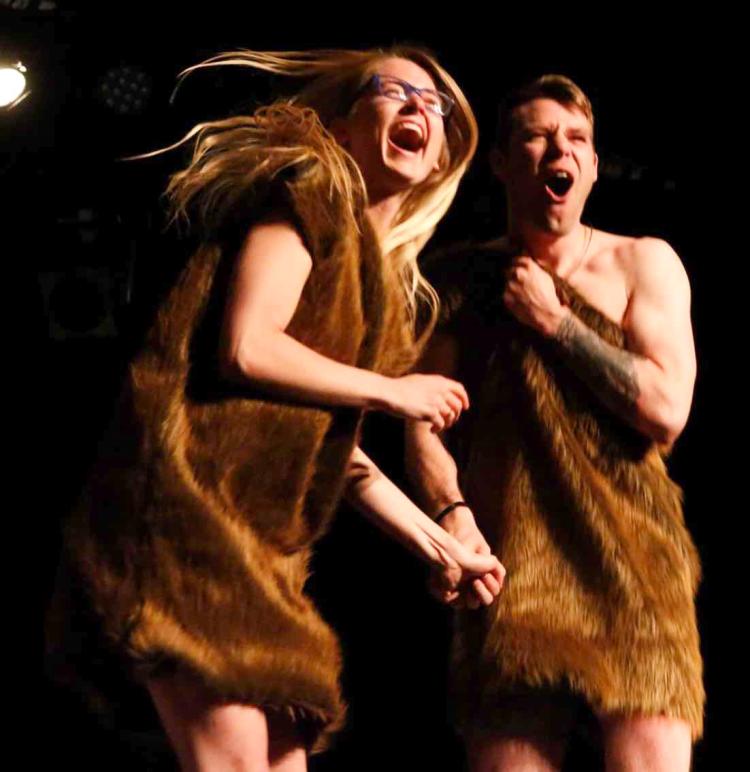 All of that will be featured in the third-annual online Earth Day show, which will air on the Climate Comedy YouTube channel starting April 22. This year’s event has a broader scope than previous years, thanks to support from the Argosy Foundation.

Boykoff and Osnes  are part of CU Boulder’s Inside the Greenhouse project, which strives to deepen understanding of how climate change issues can be effectively communicated “by creating artifacts through interactive theatre, film, fine art, performance art, television programming.”

Osnes and Boykoff note that some kinds of comedy, such as satire, can be off-putting. That’s why they offer up “good-natured comedy,” meaning comedy that is good for the environment and kind in intent, as another choice.

“Satire is popular, but satire often involves ridicule, which means people are targets of that ridicule,” Osnes says, adding: “What kind of behavior can we expect from people who have been made to feel ashamed or afraid of ridicule?”

While sharp satire might be satisfying and useful in some instances, “I don't know that we're achieving what we might want to be achieving when using satire on such a polarized issue as climate. We might be pushing people’s backs further up against walls.”

But Osnes and Boykoff are not humor police. Rather, they focus on “finding what unites us above what divides us, and we don't enforce this on our students,” she said, adding: “We teach it, and we talk about it, but we're not here to censor. We're not here to say this is how you have to do it.”

She notes that including professional comedians has energized, even electrified, the class.

“It's just so exciting. They're just such fun learning experiences, and students walk away from these experiences” having not only learned about the creative writing process in a socially relevant context, but also having had “just so much fun.”

Osnes notes that students have come to her and Boykoff and said things like this: “I'm an environmental studies senior, and you're the first professor who's acknowledged the emotional component to learning this much about our environmental situation.”

She adds that if students can associate positive emotions while thinking about climate change, “that can really help students start to process their negative emotions, which are overwhelmingly present: doom, guilt, fear.” 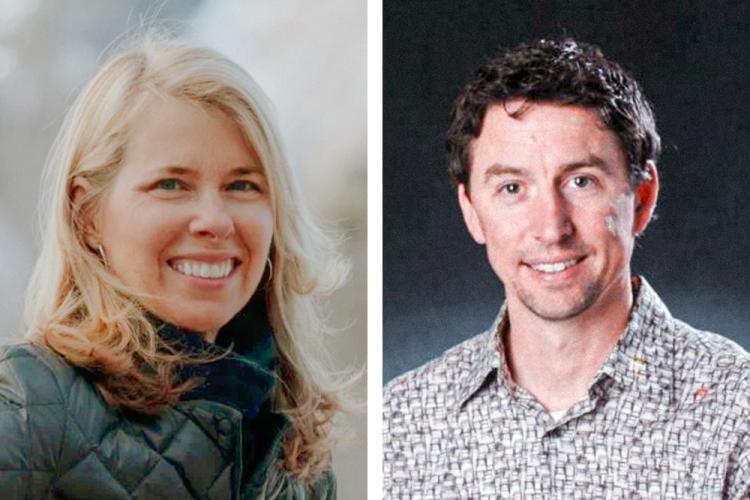 Processing those negative emotions, Osnes adds, “helps them also sustain their engagement in the issue of climate change, so they're not going to burn out and disengage. And it also feeds constructive hope.”

“I don't just say ‘hope.’ I say ‘constructive hope,’ where you really can have a belief that your actions will make a difference.” Without constructive hope, she says, taking action doesn't make sense.

Laughter itself is a way to cope with feelings of fear and guilt. “I think laughter, the ability to laugh, is a measure of health,” she says.

Such laughter might be particularly healthful when it reflects “some kind of recognition of our shared human condition.”

“When we share good-natured comedy together, something about our shared humanity is expressed … it is so fundamental to our human experience.”

Osnes views her work with students this way:

“This is not a dress rehearsal. You are citizens of this world today, and let's have a real impact with our work that we're doing in the classroom now. Let’s do it for real. That’s the idea behind it.” 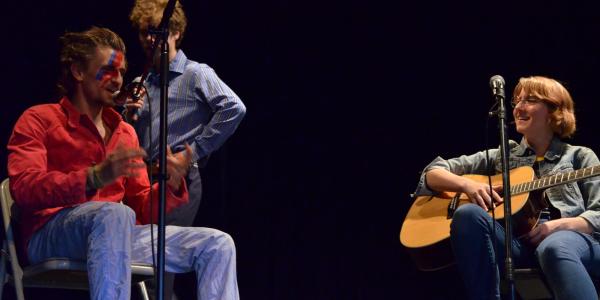 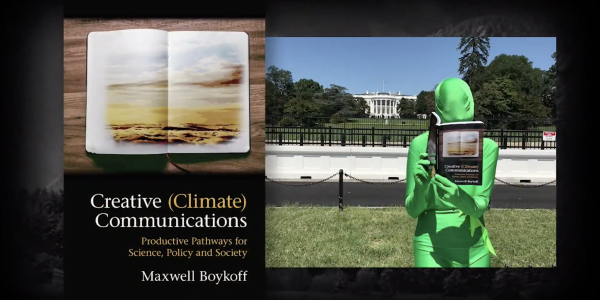 Standing up for climate change

In this episode of CU Boulder Where You Are, Beth Osnes and Max Boykoff discuss the power of humor to start a productive conversation about climate change. END_OF_DOCUMENT_TOKEN_TO_BE_REPLACED 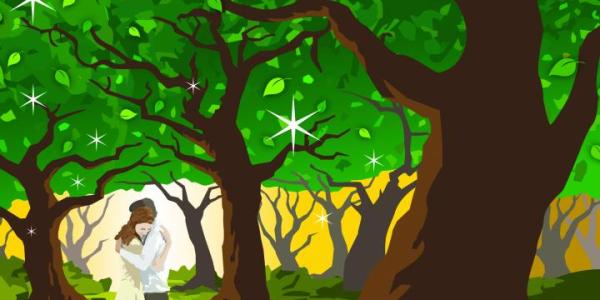 The Colorado Shakespeare Festival continues its season of myths, legends and fairy tales with the classic, fantasy-like Cymbeline. From battle scenes to mistaken identities to a magical love story, this timeless play still sweeps audiences of all ages off their feet more than 400 years after it was first staged. END_OF_DOCUMENT_TOKEN_TO_BE_REPLACED
Categories:
Tags:
Return to the top of the page