‘I fell in love with space that day. I didn’t even know I liked space,’ student Maureen McNamara notes

Decades from now, when Maureen McNamara looks back on her career, she says that she will still vividly remember the defining moment when she knew that she wanted a space-related career.

How many people can say that a chance meeting with a Nobel laureate inspired them on their education and career path? McNamara, now a senior in integrative physiology with minors in space and leadership studies, can.

McNamara was a sophomore attending a session in Washington, D.C., on science policy with the CU in D.C. program. One of the scheduled activities was visiting the NASA Goddard Space Flight Center in Greenbelt, Maryland. While there, she encountered the person who changed the course of her life. 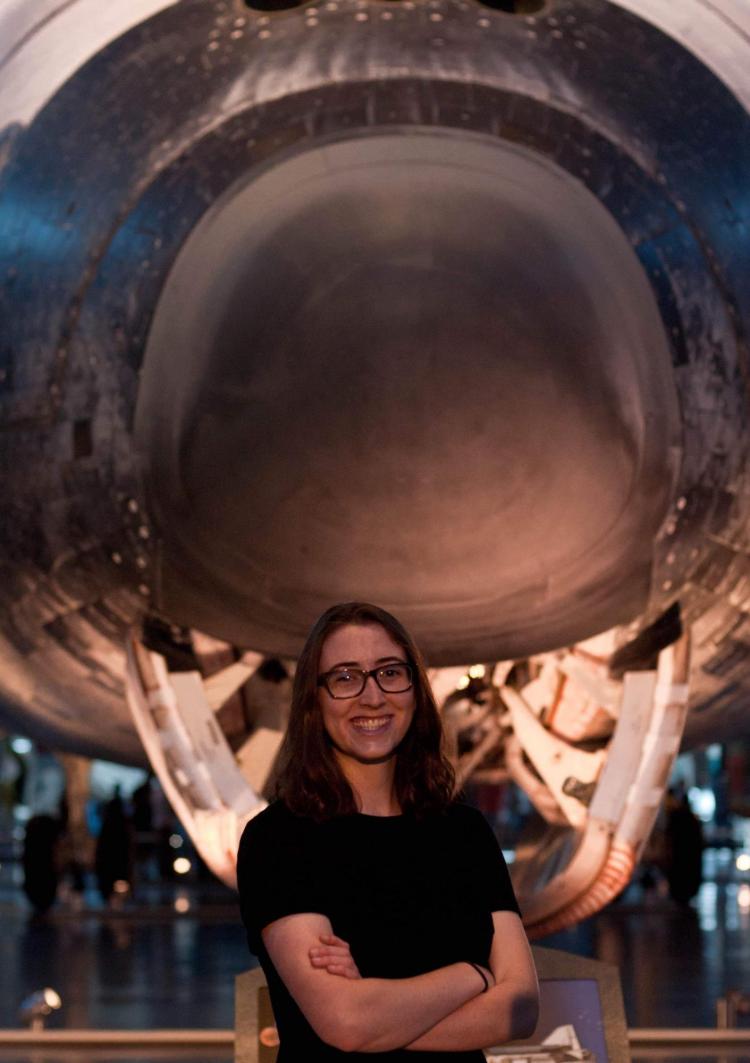 “We met this guy, John Mather, and spent the day with him,” McNamara said. “I fell in love with space that day. I didn’t even know I liked space.”

That guy turned out to be a Nobel Prize winner in physics, who, along with astrophysicist George Smoot, helped refine the big bang theory of the universe.

Before that fateful encounter two years ago, McNamara had planned to be a physician. When she learned she could combine the two career paths through space medicine, she set her sights on becoming a flight surgeon

Since then, McNamara has been working with a fierce focus on achieving her new goal.

“CU is such a great school for space studies, especially space medicine because of the bioastronautics program,” she said. “I’m in a class that is about space medicine. We get to go to the Mars desert research station in Utah and simulate medical emergencies in space. No other schools have that, so I really lucked out.” (This year’s program has been canceled because of the COVID-19 pandemic.)

She has been working in the Department of Ecology and Evolutionary Biology in the lab of Barbara Demmig-Adams and William Adams studying the nutritional value of duckweed, a plant that grows on freshwater ponds around the world. This unpretentious little plant is rich in micronutrients important for eye health, such as zeaxanthin, which can protect astronauts’ eyes, as well as their whole bodies, from radiation damage in space.

“Duckweed can produce a lot of zeaxanthin, so that could be a crucial aspect for eye health in people on Earth,” she said. “Human space flight is important. We’ll continue to find beneficial discoveries for life on Earth as we push the frontiers of space flight to the moon and beyond to Mars.”

Research is something I’ve always been interested in and I’ve been able to try it out in several different labs. But the spark for space happened that day at CU in D.C."

Demmig-Adams met McNamara a couple of years ago when McNamara was the only undergraduate representative on an arts and sciences committee charged with defining a vision for the university’s academic future.

“Maureen made notable contributions to this committee’s charge with ideas she supported, insightful observations and persuasive arguments,” Demmig-Adams said.

“She has a passion to contribute to the quest of humankind to explore, and eventually settle, extraterrestrial space. She has a knack for integrating concepts from a broad range of disciplines, and chose a combination of academic pursuits that allow her to specialize in human physiology, medical science, space science and, in my lab, plant biology with the goal to develop a plant-based regenerative life-support system that provides fresh, highly nutritious food in space.”

McNamara has twice been awarded a grant from the Biological Sciences Initiative, a program that helps fund undergraduate research at CU Boulder. Her first project was in a bioastronautics lab in aerospace and involved measuring pressure in the skull. Her second project was for duckweed research.

Her duckweed research was selected for the renowned Posters on the Hill program in D.C. this spring, which has now been canceled.

The Council of Undergraduate Research holds the event to showcase the work of undergraduate researchers for academics and members of Congress. The title of her poster is Co-optimization of Duckweed Biomass, Nutritional Quality, and Energy-use Efficiency for Human Consumption in Space.

She has also had research experiences at the University of Colorado Anschutz Medical Campus and at the Armed Forces Radiobiology Research Institute in Bethesda, Maryland.  After graduating in May, McNamara will again work at Anschutz as an intern in the Gates Center for the Regenerative Medicine.

“Research is something I’ve always been interested in and I’ve been able to try it out in several different labs. But the spark for space happened that day at CU in D.C.”

When applications open in May, she will apply to medical schools, which is a yearlong process that she hopes will result in her acceptance for 2021. While waiting to hear where she is accepted, McNamara wants to pursue a hobby that is definitely not space related: baking and decorating wildly colorful and creative cakes. In fact, she’d like to work in a bakery during her gap year.

Perhaps she’ll figure out how to make duckweed cake. 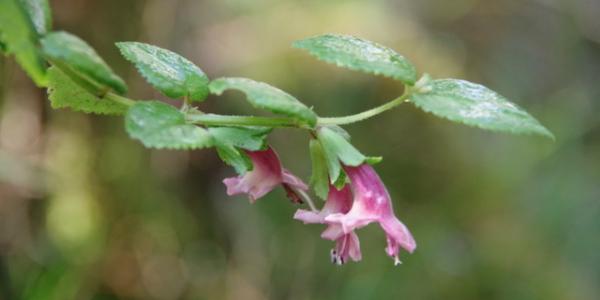 Rural America the focus of two new projects funded by the National Institutes of Health and U.S. Department of Agriculture. END_OF_DOCUMENT_TOKEN_TO_BE_REPLACED 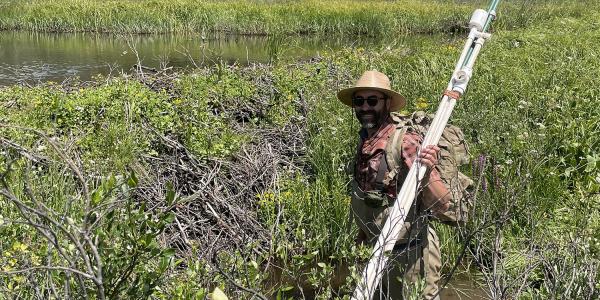 Undergraduate awarded funds as a part of an effort to encourage research for student military veterans. END_OF_DOCUMENT_TOKEN_TO_BE_REPLACED
Categories:
Tags:
Return to the top of the page