British filmmaker Adam James Smith has memorialized the town in a documentary, Americaville, which he will screen on campus Feb. 7

North of Beijing, China, is a replica of Jackson Hole, Wyoming, where Chinese citizens come to escape an increasingly uninhabitable city life and live out their dreams of freedom, romance and spiritual fulfillment.

British filmmaker Adam James Smith has memorialized the town in the documentary Americaville, which he will screen at the University of Colorado Boulder this week.

Americaville will be shown Friday, Feb. 7, at 7:30 p.m. in Muenzinger Auditorium on campus. It is free and open to the public and will be followed by a talkback featuring the filmmaker.

The screening is part of the CU Boulder International Film Series and is sponsored by the Center for Asian Studies and the Center of the American West. 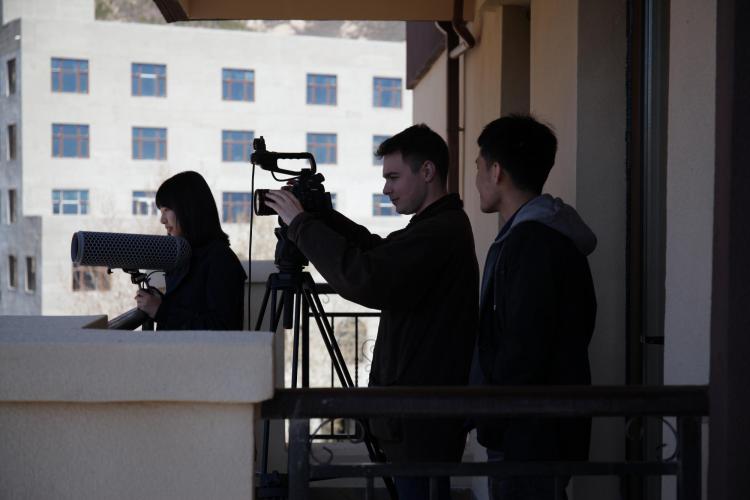 Smith recently fielded questions about the film, its genesis and the assumptions Chinese people hold about the United States and vice versa. The questions and his answers follow:

Question: Jackson Hole, China, is fascinating for many reasons; what drew you to focus your lens on this topic?

I think I internalized this as a child and from those stories, developed a deep interest in both societies. Later in life, I studied in the United States and lived on-and-off in China, where I worked as a teacher, journalist and then later as a filmmaker pursuing feature-length documentary films. After completing my first feature documentary, The Land of Many Palaces, filmed in China's infamous "ghost city" of Ordos on rural to urban migration, I wanted to look at the opposite movement of wealthy urban people looking to escape China's increasingly uninhabitable cities for rural or small-town life. I learned about Jackson Hole, China from a friend who told me about a "cowboy town" built up in the mountains, north of Beijing.

I managed to track the town down on a Chinese search engine, decided to rent a car and attempt to find the town from the vague address listed on the developer's website. Upon finding the town and persuading the security guards to let me in for a brief time, I miraculously stumbled across the founder and figurehead of Jackson Hole who invited me to stay for two nights.

Creating a feature documentary about this town presented an excellent opportunity to explore all of these converging interests. ​

During this short stay, I was introduced to many people living and working in the community, plus prospective buyers whom I followed around with a real estate agent. After returning to the UK, I couldn't get this place out of my head—it represented an incredible collision of American and Chinese cultures, ideology and material-culture. As I held a deep interest in both China and America, in how American values and understandings about happiness have translated to foreign countries, and the global impact and influence of Hollywood cinematic representations; creating a feature documentary about this town presented an excellent opportunity to explore all of these converging interests.

Question: Jackson Hole, China, is said to promise a life of freedom, romance and spiritual fulfillment, and the implication is that many people in China hold certain assumptions about life in the United States. If you’ll excuse the generalities, what do Chinese people misunderstand about American life, and what do Americans fail to grasp about life in China?

Answer: Based on my experience talking to people in Jackson Hole, China, and living there, I would say there are a few misunderstandings about the United States. The United States is generally imagined as a country inhabited almost exclusively by white people. This was largely true in much of the United States prior to the Immigration Act of 1965, which has altered the racial fabric of American society and has led to the non-Hispanic white population dropping to around 60% nationally.

The United States they imagine is perhaps from the 1950s or from some other time period where people of European-descent dominated American life and popular culture. There's a selective fixation on certain aspects of American life in the Western states that tie in conveniently to preexisting Chinese tastes and cultural norms.

For example, there are images of the American nuclear family unit and of children around Jackson Hole, China, and in the town's marketing materials. This appeals to the Chinese emphasis on family and children—images of the lone cowboy and other representations of rugged individualism are notably absent. The American emphasis on happiness is something that has translated over to this particular community; however, it's poorly understood or defined.

Generally, Americans seem to imagine life in China to be very restrictive. In some instances, this is correct, and it was certainly the case in the past, but in recent years Chinese people have enjoyed many choices in the materials aspects of their lives.

Many of those living in Jackson Hole, China, explained how they grew up under very strict Communist conditions and coming out of that period it felt very empowering to be able to exercise the right to decide to move to an American-themed town, for example, that embodies many of the tangible things they want that have been lacking in their lives—such as large living quarters, a yard, mountainous surroundings—and also intangible aspects like happiness, freedom and spiritual fulfillment. 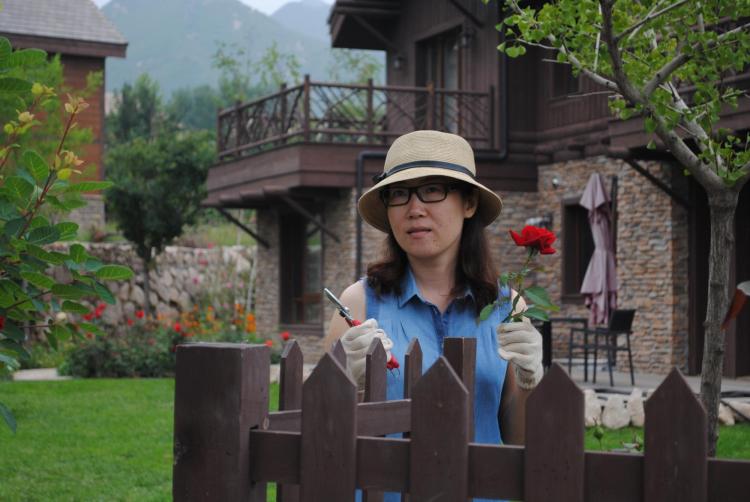 Annie Liu outside her home with a rose.

Question: As you made this film, what discovery did you find most surprising?

Answer: Prior to starting this project, I assumed these kinds of replica foreign towns in China—which are actually very common—were superficial, crass and represented a kind of identity crisis in contemporary China. However, since shooting Americaville in Jackson Hole, China, and visiting many other replica foreign towns throughout the country, I realized that there's a kind of embedding of Chinese culture taking place in these developments and a reconciliation of Chinese culture and whatever foreign characteristics are being adopted.

From my research, I also uncovered a long history of the Chinese replicating foreign design elements from the known world. These foreign town developments in China are actually very complex places to understand, and I think even after years of research, I'm still discovering new layers to unpack. 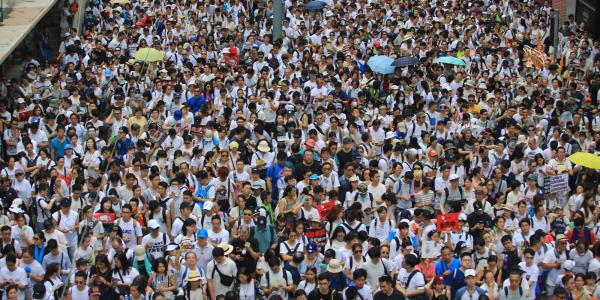 Historian to speak at CU Boulder Oct. 23 on protests against growing control by China. END_OF_DOCUMENT_TOKEN_TO_BE_REPLACED 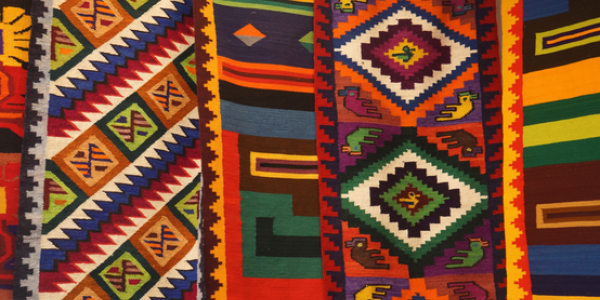 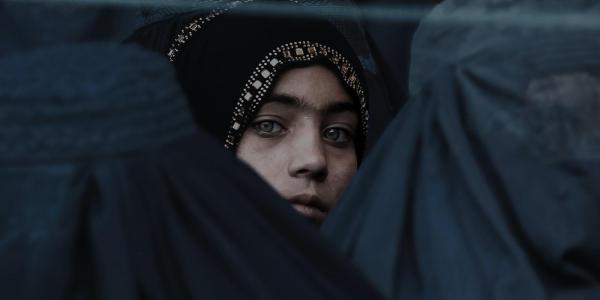 The event, which is hosted by the Center for Asian Studies, seeks to figure out what’s next for the trauma-stricken country. END_OF_DOCUMENT_TOKEN_TO_BE_REPLACED
Categories:
Tags:
Return to the top of the page