Long-time professor of physics at the University of Colorado Boulder Uriel Nauenberg, widely recognized for his work in high-energy physics and legendary as a teacher of undergraduate students, died Dec. 31, 2019, from complications of Alzheimer’s disease in Palo Alto, California. He was 81.

“My dad devoted so much of his life to CU Boulder,” says his daughter Teresa Nauenberg, a physician in Stanford, California. “He wasn’t a religious man, but you could say that physics was his passion.”

A member of the physics faculty for 42 years, Nauenberg in 2004 received the university’s largest and most prestigious faculty honor, the Hazel Barnes Prize, created to recognize “the enriching relationship between teaching and research.” In 2007 he received the Robert L. Stearns Award in recognition his “extraordinary achievement” and service to CU Boulder. 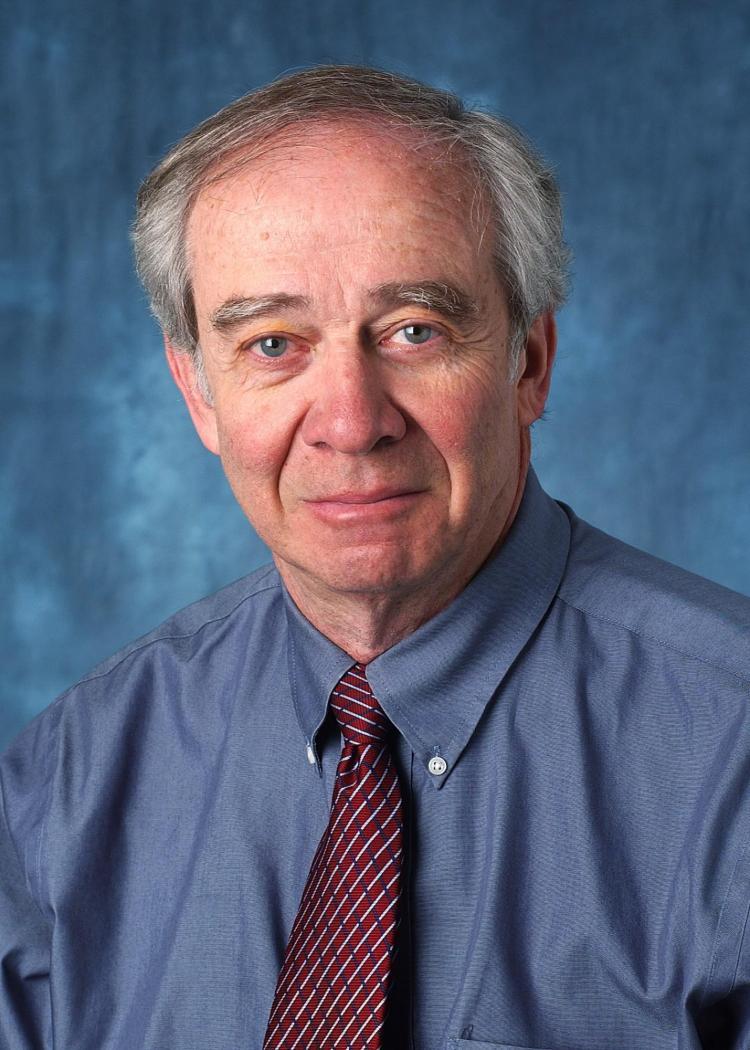 “Uriel Nauenberg is the model of the university teacher-scholar-educator,” wrote John Cumalat, chair of the Department of Physics, in recommending his colleague for the Barnes prize. “Uriel spends hours outside the classroom teaching students the problem-solving skills they need to succeed in physics.”

His daughter remembers that dedication well.

“I remember him getting up from family dinners to go explain some concept of particle physics to one of his students,” Teresa Nauenberg says. The family plans to establish a fund in Nauenberg’s memory to support travel for undergraduates to present research papers.

Uriel Nauenberg was born Dec. 16, 1938 to Erna Michaela Sachs and Walter Nauenberg in Berlin, Germany—just five weeks after the devastation of Kristallnacht, or “night of broken glass,” which foreshadowed the Nazi terror to come. The family fled to Colombia when he was just six months old.

With political unrest on the rise in Colombia, Nauenberg’s parents sent him to New York City to boarding school at age 16. He would go on to earn a bachelor’s degree in 1959 and PhD in 1963, both in physics, from Columbia University.

Nauenberg met Jeanne Derechinsky at a dance at Hunter College. In 1959, when they were 21, they married in New York City.

Nauenberg published more than 1,000 papers in his career, focusing on the fundamental interaction of particles and origins of the universe in which we live. He founded the High Energy Physics group at CU Boulder and made numerous contributions to the fundamental parameters in the standard model of particle physics.

A proponent of the Superconducting Super Collider particle accelerator in Texas, he also worked on the high-energy electron-positron collider at Stanford University’s Linear Detector. He served as chair of the USERS Executive Committee of the Fermi National Accelerator Laboratory and was a member of the SSC board of overseers, among other positions.

“His career (was) marked by his willingness to redirect his research to attack the most exciting and highest-impact physics problems,” according to Cumalat.

His career (was) marked by his willingness to redirect his research to attack the most exciting and highest-impact physics problems,​"

Beginning in 1995, Nauenberg became deeply involved in faculty governance at CU Boulder, serving two terms as chair of the Boulder Faculty Assembly, as well as chair of several committees for the assembly.

“Uriel (had) a passion for physics and science in general and he has had a tremendous influence over the futures of numerous undergraduates at this university,” Cumalat wrote in his Barnes nomination.

“He is well-known in the particle physics community, and he has served in a central role on some of the most important experiments in high-energy physics. … Finally, his service is exemplary.”

Nauenberg retired in 2011 but continued working with students until 2012. He was active in research until 2015, when the effects of Alzheimer’s disease made working increasingly challenging.

“I remember him in 2012, when right before class he couldn’t remember what he was going to lecture on. But once he started lecturing, he always remembered the material,” Teresa Nauenberg says. “He loved his work more than anything, but he just couldn’t do it anymore.”

Despite everything he was doing at the university, Nauenberg found time to garden—he planted tulips each year, despite local wildlife continually digging up the bulbs—and hike and travel with his wife, Jeanne.

In 2016, after 47 years in Boulder, Nauenberg and his wife Jeanne moved to California to be closer to their daughter and his brother, also a physicist. Despite increasing limitations, he continued to work with a personal trainer twice a week and participated as his health allowed in a current-events group, a book club and a Wii bowling group.

But most of all, he enjoyed being close to family and playing with his grandchildren.

“I’m out here, his brother was out here, he had lots of nieces and nephews and a lot of family events,” Teresa Nauenberg says. “He just loved spending time with everyone.”

Nauenberg remained happy and adaptable even as his health declined.

“He was just able to meet a lot of what life threw at him with a smile. I really appreciate how much he was simply able to enjoy the people around him at the end,” his daughter says. His sweet, gentle nature is just one of many beloved attributes his family will always remember.”

He was preceded in death by his parents and two older siblings.

A Celebration of Life will be held at 2 p.m. Saturday, Feb. 1 at the Stanford Faculty Club, 439 Lagunita Drive on the Stanford University campus.

Original art work that is part of the MFA exhibition that is the result of... END_OF_DOCUMENT_TOKEN_TO_BE_REPLACED 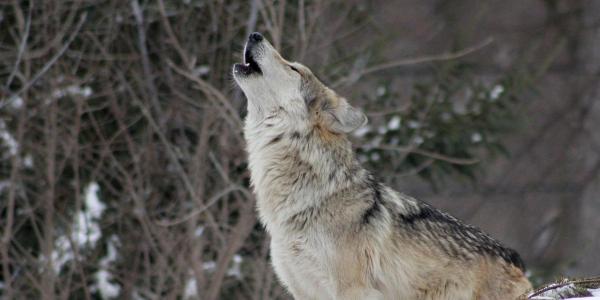 Around the world, people are collectively making noise while social distancing. In Colorado, we're howling like wolves. END_OF_DOCUMENT_TOKEN_TO_BE_REPLACED 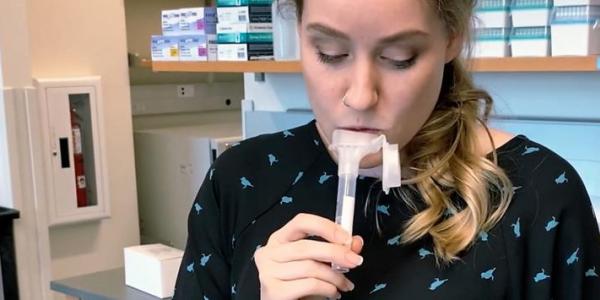 Imagine a test that could tell you if you were infected with COVID-19 before you had a single symptom. SickStick may offer that chance. END_OF_DOCUMENT_TOKEN_TO_BE_REPLACED
Return to the top of the page