If your sleep is out of whack, so are you

If your sleep is out of whack, so are you

If you are a person who is proud of burning the candle at both ends—say, a college student, first responder or military personnel—and surviving on less than optimal sleep, here’s a message you might not want to hear: You can’t fool Mother Nature. 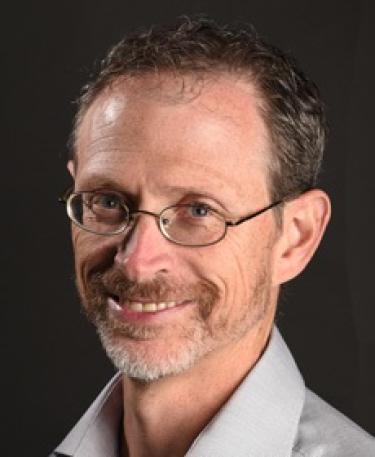 If you aren’t getting enough sleep—7 hours is the average minimum for adults—or not sleeping at night, when the body’s long-evolved, natural circadian rhythms say it’s time to sleep, you and your brain aren’t performing to your maximum capability on many functions, including reaction times and simple cognition, according to current and newly published research from the Sleep and Chronology Laboratory at the University of Colorado Boulder.

“Everyone is vulnerable,” says Kenneth P. Wright, Jr., professor of integrative physiology at CU Boulder and the director of the Sleep and Chronology Laboratory. “There is no such thing as a superhuman who is not vulnerable.”

And to study that vulnerability, Wright and the rest of the lab, along with colleagues from CU Boulder, Northwestern University and the University of California, San Diego, are hard at work researching the impact of sleep deprivation and “circadian misalignment,” thanks to a prestigious U.S. Navy Multi-University Research Initiative grant.

The grant supports an ongoing project, which also recently saw a published paper in Oxford University’s Sleep Research Society, to examine the impact of circadian misalignment and sleep disruption on the human microbiome, Wright says.

More than 40 percent of U.S. military personnel report sleeping five hours or less per night and are often required to sleep at times out of alignment with natural circadian rhythms. Meanwhile, firefighters in the Western United States routinely work 48-hour shifts and 20 percent of the U.S. population does shift work at night or in the early morning hours. Students, too, are known to pull all-nighters.

“It’s not just the military,” Wright says. “Think about medical residents, firefighters, police officers, paramedics. Being awake at night goes against our fundamental biology. … Long work hours and being awake at night just does not make sense from a health and safety perspective.”

According to the paper, “Trait-like vulnerability of higher-order cognition and ability to maintain wakefulness during combined sleep restriction and circadian misalignment,” sleep restriction and circadian misalignment can have immense health, performance and safety consequences, including, “reduced effectiveness, efficiency, resilience and readiness, a greater risk of motor vehicle crashes and injuries, higher rates of posttraumatic stress disorder and risky health behaviors in military personnel, more safety violations and citizen complaints for police officers, and greater risk of metabolic disease and cancer.”

To get these results, the team ran 20 healthy adults (average age 25.7) through a sleep wringer.

In an effort to capture data that would illuminate the effects of longer-term sleep deprivation and circadian misalignment, the subjects completed a 39-day protocol: Two weeks of monitored sleep at home; four days in the lab, including one “sleep opportunity” of eight hours, followed by two nights of just three hours of sleep; three days of unscheduled sleep at home; cognitive testing; rinse, and repeat.

Our biology has evolved over hundreds of thousands of years, so that is a blink in the eye of evolution. Our biology is hard-wired to evolve with the cycle of the sun."

Many similar studies focus on just one or two tasks, but in order to assess “multiple cognitive domains,” subjects were asked to perform a number of functions, including reaction time, math problems, and tasks to measure executive function, such as locating a car in a large parking lot or a child on a playground. They also were tested on their ability to stay awake.

“We put them in a sleep-conducive environment, their head at a 35-degree angle in a chair like a La-Z-Boy, we dim the lights, and they sit there and try to stay awake,” Wright says.

Wright—an unabashed proselytizer for good “sleep hygiene”—says the results demonstrate clear negative impacts of circadian misalignment and sleep deprivation on cognitive function. The research points to a need to take the problem seriously and “personalize countermeasures,” since different people and different situations may call for different tools to mitigate the problem.

In the broadest sense, Wright says, there is a need for more sleep education and improvement of sleep environments for everyone, not just military personnel, first responders and the like. And he believes sleep should become a basic biomarker during doctor visits, alongside blood pressure and heart rate.

More specifically, Wright says managers should pay closer attention to research showing marked differences in cognitive performance when workers are sleep deprived, particularly if they work night or early-morning hours. For example, first responders who work a night schedule should be given more time off to recover.

Schools should take sleep into account when scheduling and schools should educate students—tomorrow’s parents—about sleep hygiene—the importance of natural daylight, for example, and limiting light before bedtime, he says.

Enhanced, appropriate lighting, such as more sunlight, has been shown to improve outcomes for dementia patients and infants in intensive-care units, Wright says.

“Architects, urban planners and government decision makers can all use light to promote health,” he says.

Humans are the only species with the ability to create artificial light and thereby interfere with its own natural circadian rhythms. But with only about a century of widespread artificial light under its belt, Wright says, Homo sapiens hasn’t had nearly enough time to adapt. People may not know it, but sleep hygiene has serious long-term implications for human health.

“Our biology has evolved over hundreds of thousands of years, so that is a blink in the eye of evolution. Our biology is hard-wired to evolve with the cycle of the sun,” he says.

Given the American tendency to work long hours and, often, skimp on sleep, changing habits may seem like an uphill battle. But Wright sees a parallel in smoking.

“We’re at the point now where we were with smoking. We used to think it was OK; doctors smoked. Then we started to recognize there were some issues and we realized, ‘OK, smoking wasn’t good,’” he says. “That’s where we are now with sleep. Smoking kills you decades later, as do poor diet and physical inactivity. It’s the same thing with sleep loss. This is an opportunity to improve sleep health in the population.”

Can good bacteria make the brain more stress-resilient? Christopher Lowry has dedicated his career to finding out. END_OF_DOCUMENT_TOKEN_TO_BE_REPLACED 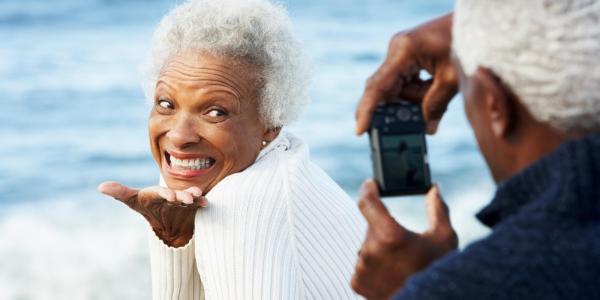 New research from CU Boulder suggests that the quality of your marriage may be linked to how long you live. END_OF_DOCUMENT_TOKEN_TO_BE_REPLACED

Rural America the focus of two new projects funded by the National Institutes of Health and U.S. Department of Agriculture. END_OF_DOCUMENT_TOKEN_TO_BE_REPLACED
Tags:
Return to the top of the page