The topic is timely and important, but discussions about it are mired in ideology and falsehoods, says William Wei, CU Boulder and state historian

For William Wei, the past is a very vivid prologue, and he hopes to bring that perspective to Colorado in the coming year. 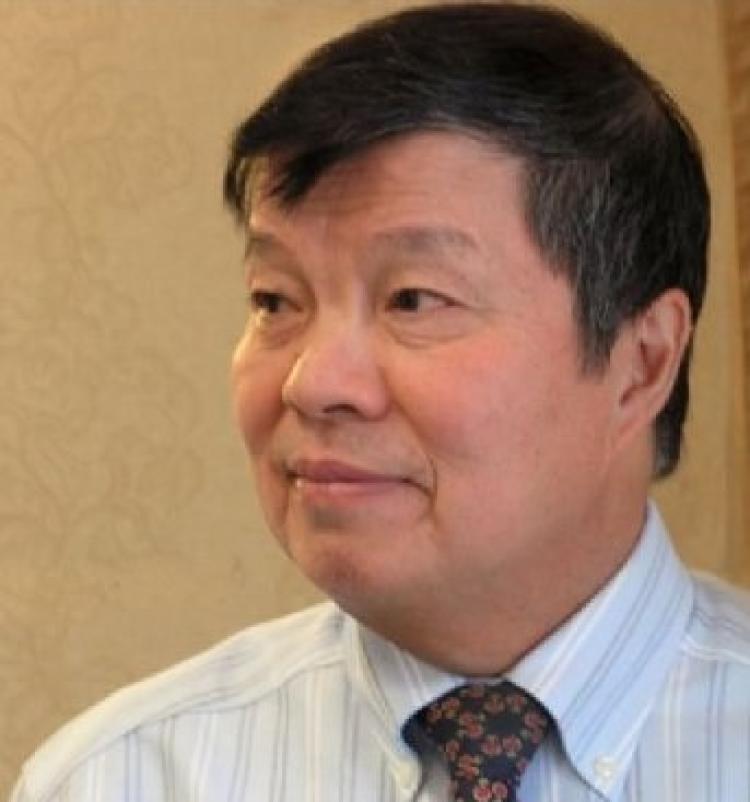 William Wei says the symbol of the American West should be the immigrant miner rather than the cowboy. At the top of the page is an image of the Red Cross combing the aftermath of the Ludlow Massacre, in which the national guard in 1914 slaughtered striking coal miners, many of whom were immigrants, in southern Colorado. Photo courtesy of History Colorado.

Wei, professor of history at the University of Colorado Boulder, has been named the state historian by History Colorado, an arm of state government whose aim is to help residents understand what it means to be a Coloradan “by sharing powerful stories, honoring our state’s treasured memories and creating vibrant communities.”

Wei, who is also editor in chief of the Colorado Encyclopedia, an online reference on the Centennial State, has focused much of his scholarly energy on modern China and on Asian America, specifically on Chinese Americans in the context of the Chinese diaspora.

In recent years, he has focused on Colorado, and his most recent book is Asians in Colorado: A History of Persecution and Perseverance in the Centennial State. He recently answered five questions about state history and being the state historian:

1. You’ve said you hope to use the role of state historian as a bully pulpit to address important contemporary issues and provide historical context, to improve the quality of public discourse. What issues in Colorado history do you see as most relevant today?

The issue that most concerns me is immigration, which, as you know, is a major topic in our national discourse, one with significant implications for Colorado’s future development. Yet discussions about it are mired in ideology and politics without being based on real knowledge about immigration to our country and to our state.

By the way, the immigrant miner should be the symbol of the American West rather than the romanticized cowboy, given their relative contributions to the development of the region. Immigrant miners did the hard work in unearthing Colorado’s mineral riches. They dug up the gold and silver that helped create the state’s wealth.

I would tell the room full of high-school students that they are likely to see future cycles of persecution when the country experiences crises. The reason is, whenever socioeconomic or political crises arise, people look for scapegoats, and they find them among our most vulnerable citizens.

Another issue of great concern is how Coloradans have exploited our precious natural resources in the past. They are precious because they are finite and we may very well exhaust them at the current rate of use.

Take water, for instance. Without it, Coloradans would be left high and dry, literally. Historically, we have exploited the state’s resources for mainly for short-term economic gain, a practice that has led to the state’s well-known boom-and-bust economy.

This approach may have seemed reasonable at the time, but we now know it has left a costly legacy for later generations of Coloradans. Knowing how we have dealt with our natural resources in the past and its consequences, good and bad, can guide how we use them in the future. It is in our self-interest to manage these resources intelligently.

2. You’ve said the most significant artifact in the History Colorado “Zoom In” exhibition is the 1894 ballot box from El Paso County because voting is central to a democratic society, and 1894 was the first election in which women were able to vote in statewide elections. Do you believe Coloradans are as committed to universal suffrage and election integrity now as they apparently were then?

Yes, I believe Coloradans are committed to universal suffrage and believe in the equality of women, at least when it comes to voting and having women hold public office. We have 47 women serving in the State Legislature, which is higher than any other state except for Nevada.

I also believe Coloradans are committed to election integrity. Colorado has earned the reputation of being one of safest places to cast a vote. However, we must never become complacent.

America’s adversaries are relentless. We need to be constantly vigilant against cyberattacks designed to undermine our electoral process and democratic society.

3. Next year will mark the 75th anniversary of the closing of the Amache internment camp; to what extent does that chapter in our history inform our discussion of civic issues today?

Fortunately, Colorado social studies teachers discuss Amache and America’s other concentration camps during World War II as part of the regular high school curriculum. So students know that the imprisonment of an estimated 120,000 Japanese Americans, most whom were citizens of the United States, was unjust. 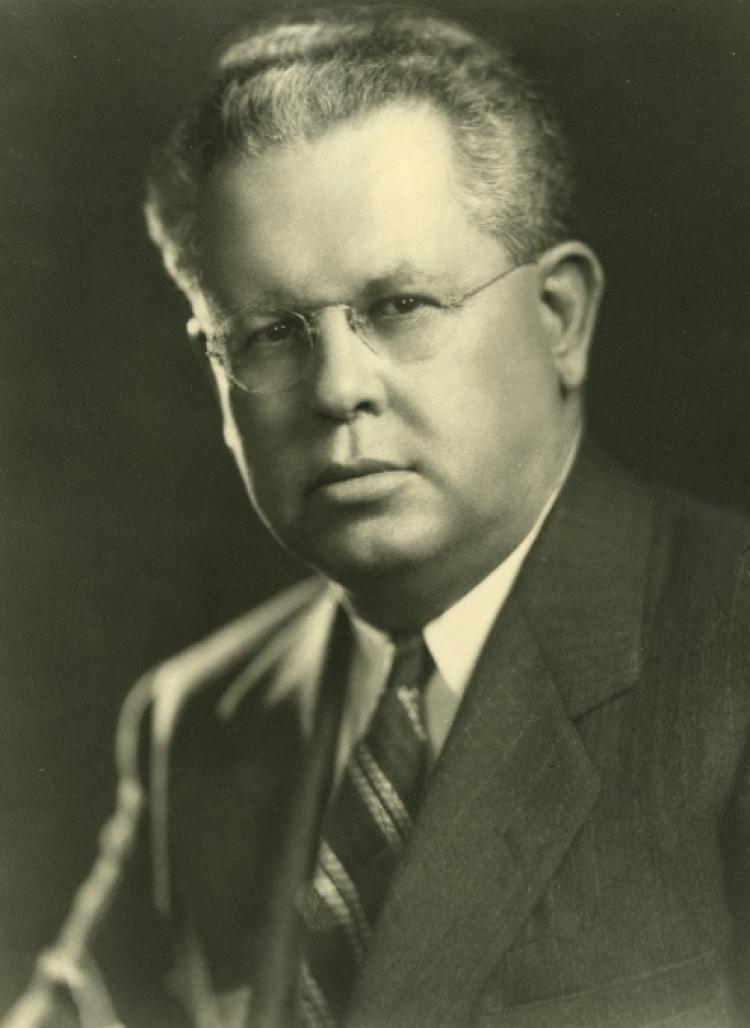 They know that Japanese Americans were found guilty and sent to prison because of their race rather than anything they had actually done. They know that the federal government had committed the most blatant mass violation of civil liberties in American history and it should not be repeated.

Some of our leaders have pointed to this tragic chapter in our history to teach people that it is wrong as well as illegal to call for mass incarceration or violence against an ethnic group.

The 75thanniversary of the closing of the Amache concentration camp is an opportunity to reiterate this important lesson in civics.

It is also be an opportunity to express pride in the fact that Ralph L. Carr, Republican governor of Colorado, did the right thing in standing up for the Japanese Americans at the cost of his political career. Carr welcomed Japanese Americans to come and resettle in Colorado and help build up the state’s economy—in contrast to all other Western governors who did everything they could to keep Japanese Americans out.

He was a real profile of courage, which is sorely lacking today among many of our political leaders.

4. Your latest book, Asians in Colorado: A History of Persecution and Perseverance in the Centennial State, is said to offer a fresh perspective on how cycles of persecution are repeated. If you were to tell a room full of high-school students briefly what this means, what would you say?

I would tell the room full of high-school students that they are likely to see future cycles of persecution when the country experiences crises. The reason is, whenever socioeconomic or political crises arise, people look for scapegoats, and they find them among our most vulnerable population.

When the cycle starts again, it is important that students are prepared to guard against such unjust actions. As Dr. Martin Luther King said, “Injustice anywhere is a threat to justice everywhere. We are caught in an inescapable network of mutuality, tied in a single garment of destiny. Whatever affects one directly, affects all indirectly.”

5. Why is it important for Coloradans to know Colorado history? 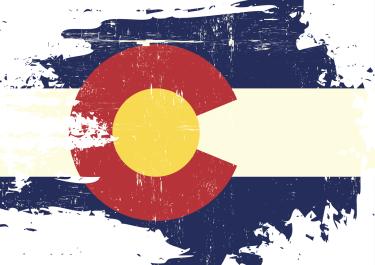 Knowing Colorado history and by extension U.S. history is important because people will learn that they are a product of the past, and that their identity and values have been shaped by what has gone before.

Understanding this whole process gives us a choice that we don’t have otherwise to affirm ideas we have inherited or to challenge them.

As history shows, nothing is immutable. It’s liberating to have this perspective. And exhilarating, because knowing the different choices people before us made and seeing how those choices turned out, opens up a whole world of possibilities in the future. We can imagine a future that’s right for us.

This is part and parcel of the Colorado ethos. Colorado has always been a place where people have had the chance to make, or remake, themselves as they wish.

Three University of Colorado Boulder professors have won prestigious fellowships from the American Council of Learned Societies. The three are among 69 fellows chosen from 1,100 applicants. END_OF_DOCUMENT_TOKEN_TO_BE_REPLACED 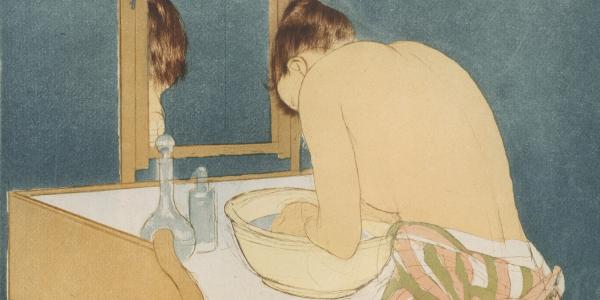 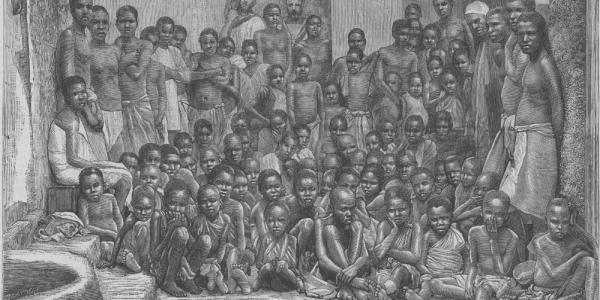 Two CU Boulder history professors received grants from the National Endowment for the Humanities, with projects in Elizabethan politics and the emancipation of Africans taken during the outlawed slave trade in the 1800s. END_OF_DOCUMENT_TOKEN_TO_BE_REPLACED
Tags:
Return to the top of the page