The former Center for Western Civilization, Thought and Policy was founded in 2006 at the University of Colorado Boulder to promote critical reflection on the traditions and political perspectives of Western thought and diverse political and philosophical perspectives. 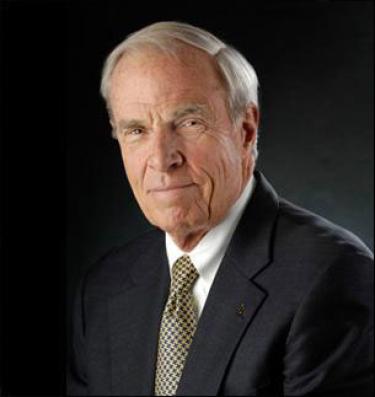 Best-known for hosting the Visiting Scholar in Conservative Thought and Policy, in June the center was rechristened the Bruce D. Benson Center for the Study of Western Civilization in recognition of the recently retired CU president, who throughout his tenure strongly supported diversity of perspectives on the CU Boulder campus.

“One goal is to promote the study of Western civilization and its traditions back to antiquity, all the way to modern times,” says Robert Pasnau, professor of philosophy and director of the Benson Center, “and thinking in particular about the ethical implications of those traditions for society today.”

There is a tendency for universities to disengage from this territory. But the reality is, if you look around on campus, you see a huge number of faculty and students who are squarely engaged in the traditions of Western civilization. I think it’s a shame if we’re scared of these issues and don’t take pride and invest in them.”

By all accounts, the center has had a significant impact on campus, and in June, it launched a pilot Summer Institute, which brought five scholars to Boulder for the month to conduct research and exchange ideas.

“The Summer Institute is a way for the center to extend its mission beyond CU, beyond Boulder, and try to pull in scholars from other places who are interested in what we are doing,” Pasnau says. “The genesis for the (pilot program) was a larger conversation about how the center can have a broader influence nationally. We want to be a leader in the sort of work we’re doing.”

With that in mind, the center put out a call for working academics who already have a PhD who might be interested in spending a month at CU Boulder.

“One of the great things Boulder has going for it is that it’s such a nice place to visit,” Pasnau says. “The opportunity to spend a month here, working on scholarship, having conversations with people from other schools—we thought, ‘That’s got to be a super attractive opportunity.’ We put out the call, and sure enough, we got a great response.”

Participants received a $5,000 honorarium, office space and library privileges. Shilo Brooks of CU Boulder’s Herbst Program for Engineering, Ethics and Society and director the Engineering Leadership Program served as the day-to-day leader of the institute.

Participants met three times a week and made presentations of their work to the group. They also participated in readings and reading groups and various social engagements, Pasnau says.

“In one way or another, all were doing work that has a bearing on the interesting question of ‘American Identities.’ It’s such a rich topic, and there are all kinds of ways you can get at it,” he says, citing work ranging from the “nuts and bolts of American politics — demographics; who votes; voting blocs,” and the history of conservative ideas and how they interact with American identity.

The center judged the program a success and intends to recruit eight scholars for the 2020-21 academic year as the next step beyond the pilot stage. The theme for the next batch of Summer Institute scholars hasn’t been finalized, but Pasnau notes that “it’s going to be an election year, and that will be topic A1 on everybody’s mind.”

As much as anything, the institute is designed to highlight the center’s work and, perhaps, plant the seeds that may one day see the flowering of similar efforts on other campuses.

“There is a tendency for universities to disengage from this territory. But the reality is, if you look around on campus, you see a huge number of faculty and students who are squarely engaged in the traditions of Western civilization,” he says. “I think it’s a shame if we’re scared of these issues and don’t take pride and invest in them.”

The Benson Center is widely associated in the public mind with conservative scholarship, but Pasnau believes that’s partly a function of media coverage.

“Diversity of thought is something we are interested in, and it’s very much a part of our mission to try to promote a range of events to bring interesting folks in from lots of different vantage points,” Pasnau says. “By definition, a fair number of them are going to be conservatives, but we bring in people from all over the map. … If you come to a random selection of events, you’re as likely to hear somebody on the left as on the right.”

Highlights of the center’s fall-semester lineup include conservative Catholic New York Times columnist Ross Douthat, on Sept. 17; Jonathan Haidt, professor of Ethical Leadership at New York University's Stern School of Business and found of the centrist Heterodox Academy, on Oct. 15; and Robert Zimmer, president of the University of Chicago, in December. 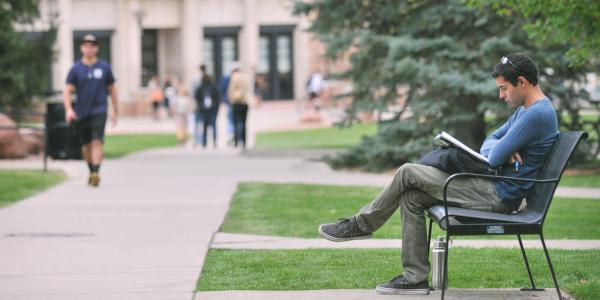 Among those announced include faculty, student and postdoctoral visiting scholars from history, classics, philosophy, English, Germanic and Slavic languages and literatures, and theatre and dance END_OF_DOCUMENT_TOKEN_TO_BE_REPLACED

Original art work that is part of the MFA exhibition that is the result of... END_OF_DOCUMENT_TOKEN_TO_BE_REPLACED
Tags:
Return to the top of the page