In adolescence, a possible connection between Coke and coke

In adolescence, a possible connection between Coke and coke

It’s not uncommon for teenagers to grab an energy drink for an after-school pick-me-up or pop through the drive-through at Starbucks for a morning Frappuccino.

But what is all that caffeine doing to their growing brains and bodies as they develop into adults? And could it lead to unintended consequences down the road? A team of scientists at the University of Colorado Boulder wanted to find out. 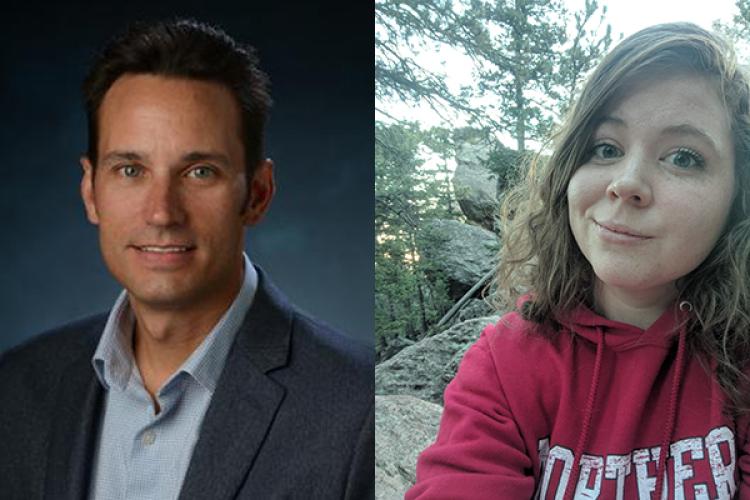 Using rats and several laboratory experiments, researchers in the CU Boulder psychology and neuroscience department set out to explore whether drinking caffeine, the most popular psychoactive substance in the world, would lead to greater addiction vulnerability.

“Caffeine, as most people know, is one of the most widely used stimulants, and there just isn’t that much research on the early developmental period and what caffeine might do to people when they’re exposed to it in those early periods,” said Tracey Larson, a CU Boulder professional research assistant and the study’s lead author.

The findings of their study, which were published in the Journal of Psychopharmacology in November, suggest there is a connection between caffeine consumption during adolescence and cocaine use in adulthood for rats.

“The animals that drank caffeine during adolescence had an increased acquisition of cocaine self-administration,” said Ryan Bachtell, a CU Boulder associate professor of psychology and neuroscience who oversaw the research project. “They also tended to work harder for delivery of cocaine. This suggests that there’s an increased addiction vulnerability in those animals.”

Taken together with past research on caffeine consumption, the findings suggest that parents should think more critically about how much caffeine their teenage children consume and at what age.

“Just because we see that it increases addiction vulnerability doesn’t mean it should be an illegal drug and highly regulated,” Bachtell said. “But we do need more awareness of caffeine. It’s not a benign substance and it’s not something that should be taken lightly. As a parent, we need to think about, at 12 years old, is the venti Starbucks coffee really a good idea?”

Of course, the CU Boulder experiments used lab rats—not humans—but Bachtell pointed out that the findings align with and strengthen this line of research overall, including studies that found links between caffeine consumption and drug misuse in humans.

To reach these conclusions, the researchers performed a series of experiments, comparing the behavior of four groups of rats:

We did not see the same enhancement in acquisition and the same increased work ethic for cocaine infusion (with adult rats who drank caffeine) ... The suggestion is that there’s really something unique to the developmental period, which was a little bit surprising to us.”

Researchers watched to see how quickly the rats learned that pressing one lever resulted in cocaine, as well as how often they went back to the lever and how much cocaine they consumed. They also made it more difficult to receive cocaine by increasing the number of lever responses to earn cocaine. This measured how motivated the rats were to obtain it.

As the researchers had hypothesized, the rats who drank caffeine as adolescents were more inclined toward the cocaine.

Meanwhile, consuming caffeine had no effect on adult rats when they went through the same experiment, which suggests that caffeine is somehow affecting the brains of teenage rats as they mature into adults, Bachtell said.

“We did not see the same enhancement in acquisition and the same increased work ethic for cocaine infusion (with adult rats who drank caffeine),” Bachtell said. “The suggestion is that there’s really something unique to the developmental period, which was a little bit surprising to us.”

The researchers ran a similar experiment using a lever that produced sugar pellets instead of cocaine. They wanted to find out if caffeine consumption simply made it easier for rats to learn a new, positively reinforced behavior. Ultimately, they found no difference between the groups of rats, suggesting that the potential developmental effects of caffeine are “specific to drug-related rewards,” according to the paper.

The scientists also ran an experiment that studied the relapse phase of addiction by removing, then reinstating, the drug from the cocaine-producing lever. They were surprised to learn the relapse looked the same for rats who drank caffeine in adolescence and those who didn’t.

This leads them to believe that while caffeine may initially lead to increased addiction vulnerability, it did not appear to have a negative or positive effect on the later stages of addiction.

“That suggests that the caffeine exposure during adolescence was a predisposing factor to drug addiction, but not necessarily on abstinence and relapse,” Bachtell said.

While the paper adds valuable evidence to a growing body of research, the CU Boulder scientists said the connection between caffeine, addiction and drug misuse deserves further exploration.

Future studies might measure the effects of caffeine on cocaine addiction when the rats continue to consume it into adulthood, the researchers said. Bachtell said he’s also interested in studying other factors that could affect developing adolescent brains, as well as other effects of caffeine consumption.

“The brain is such a sensitive organ, especially during those developmental periods, that we really need to be cautious—whether it’s caffeine or whether it’s technology use, what exactly is that doing to these vulnerable brains that are undergoing all sorts of different changes?” he said.

CU Boulder research contradicts the long-held belief that humans interfere when they see the abuse of strangers. END_OF_DOCUMENT_TOKEN_TO_BE_REPLACED 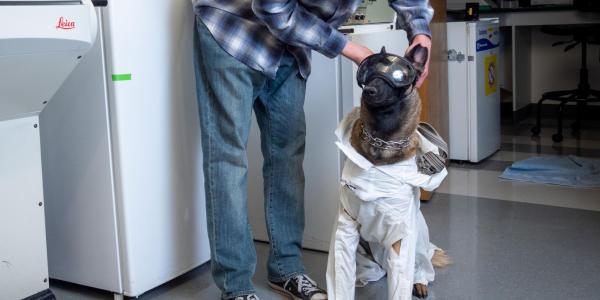 Along the way, both of them, with help from CU Boulder, pave the way for greater accessibility in laboratory research END_OF_DOCUMENT_TOKEN_TO_BE_REPLACED

Can good bacteria make the brain more stress-resilient? Christopher Lowry has dedicated his career to finding out. END_OF_DOCUMENT_TOKEN_TO_BE_REPLACED
Tags:
Return to the top of the page